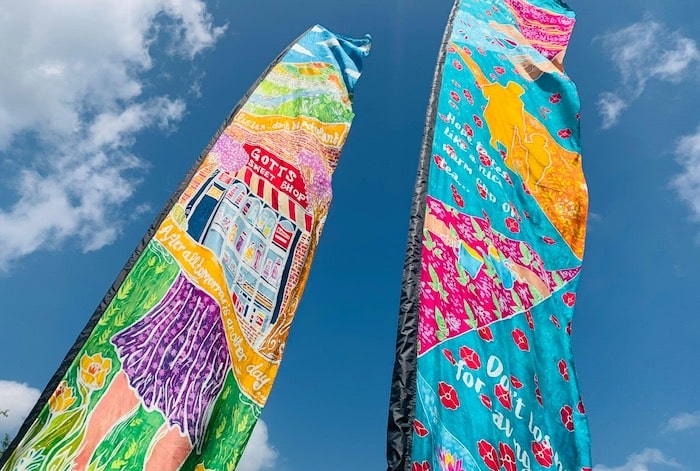 A creative project which captured the imaginations of older people living in Tameside residential homes is now bringing joy to the whole community.

Until Friday 6th August, six brightly coloured flags will fly high over Ashton before going on tour around the borough throughout August.

The hand-painted banners were created as part of a project called Flags For Hope by carnival arts organisation Cabasa, which is based at The Vale arts centre in Mossley. 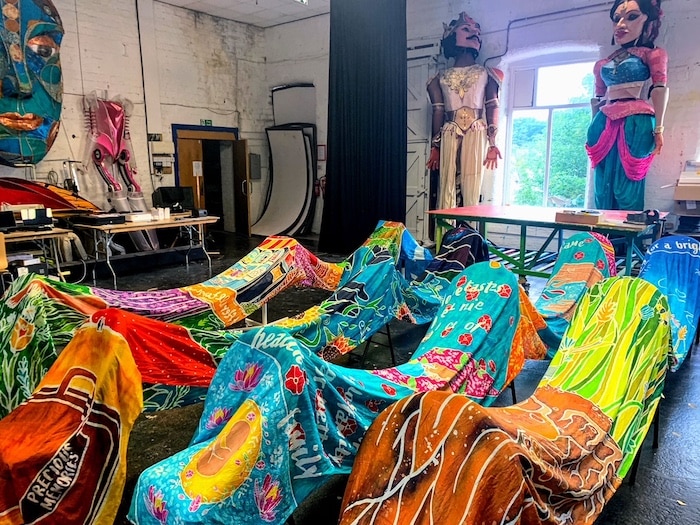 Each 6m long silk flag is a unique design and between them, they feature icons of hope including brass bands, a sweetshop, avocados, a baby, summer meadows and even a cup of tea.

Every image that appears painted on a flag represents a story of hope that was told by one of the residents during a series of storytelling and reminiscence workshops.

Zoom based sessions were run with residents of three Tameside residential homes by specialist workers from project partner Sonder Radio. 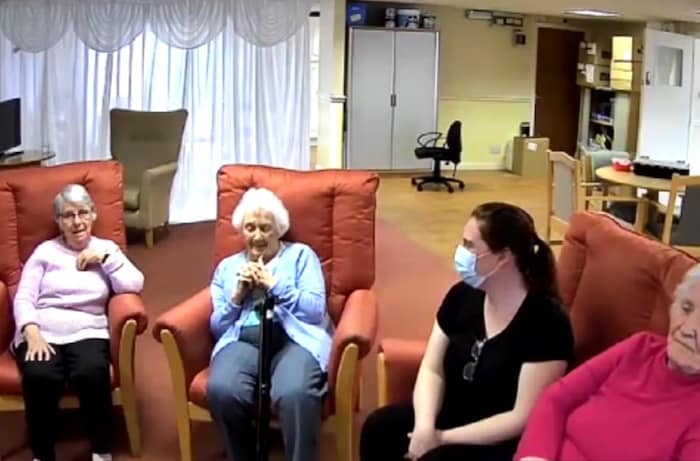 Interviewers asked residents what hope meant to them and encouraged them to talk about positive memories from their younger years.

Christine McVey, 74, who grew up in Kenya and now lives at Sandon House in Mossley, revealed a memory about her childhood garden, which later ended up illustrated on one of the flags.

“The magical thing was the avocados,” she said.

“I was a little girl then picking them off the trees. They were emerald and really yellow on the inside.

“They tasted very bland but a simple dressing of salt and vinegar transformed them.” 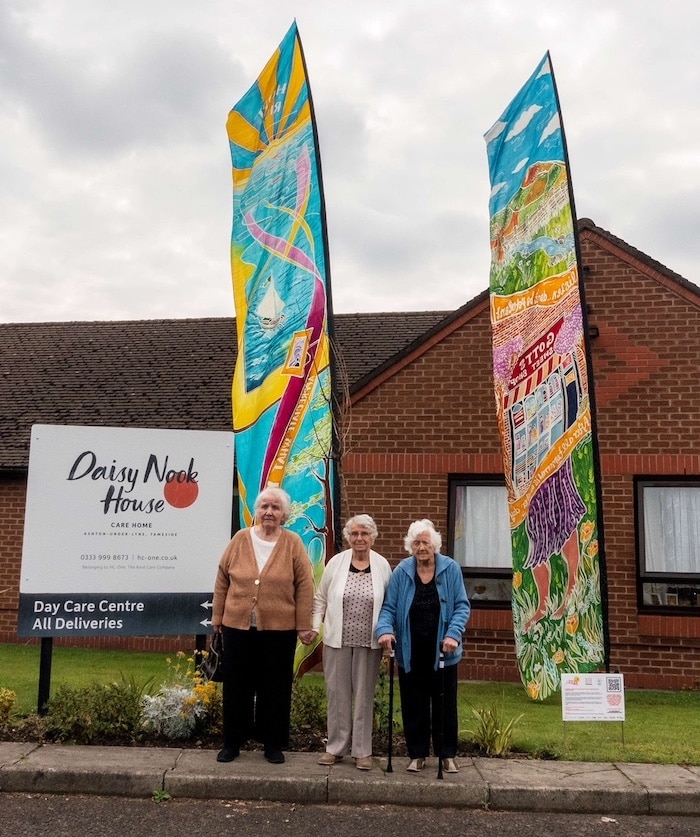 Talking about the regular photographs her family sends to her, she said: “Even though they are in photographs, it’s nice to watch how they grow.

“They alter so quickly. One day they look like their mum and the next, their dad.”

Madge remembered a recent visit, when she was able to see her family through the window.

“All the children like the idea of rolling down the hill when the grass has been freshly cut,” she said.

“All their clothes are full of grass.

“One day I touched the baby’s foot out the window. The older one wasn’t interested and just wanted to roll in the grass.” 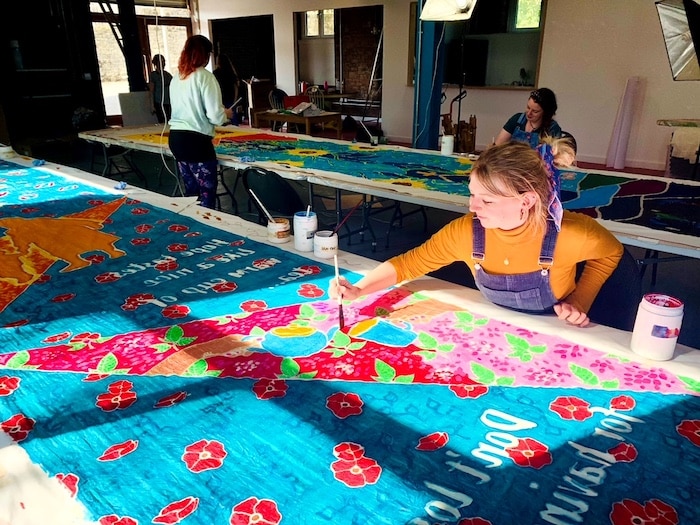 The flags were created from designs dreamed up by five local artists and inspired by the stories told by the residents.

They were painted by a team of 27 volunteers at The Vale.

Altogether, hand-making the flags with a technique called batik, which involves wax and dyes, took over 100 hours.

The three residential homes, all owned by HC-One, taking part in the project are Sandon House in Mossley, Daisy Nook House in Ashton and Stamford Court, in Stalybridge.

Until 20th August, the flags will fly from 8m high flagpoles outside each of the homes in turn.

“We wanted to demonstrate to care home residents, staff and older members of our community that they have not been forgotten and that their voices, and creativity, still matter during this difficult time,” said Dan Jones, marketing and communications officer, Cabasa.

“Flags are great symbols for storytelling, and they can have deep meanings attached to them.

“As well as the symbolism, when made from silk and these particular dyes, they are visually stunning.

“Cabasa’s slogan is ‘Big, bold and beautiful’ and that’s what they are.”