The town in the Tameside metropolitan borough of Greater Manchester is probably better known for Golden Shred marmalade and the infamous golly symbol than its food and drink or nightlife offer.

But a bit of investment could well change that. New-Era Properties acquired Droylsden Shopping Centre in 2018 and is looking to invest substantial sums to improve the town centre over the next five years. 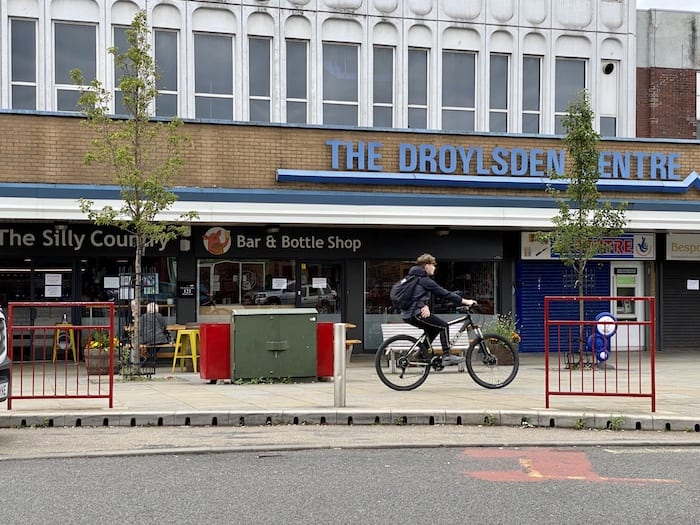 And three local tradesmen, Mike Quinn, Andy Pierson and Paul Nixon, with a shared respect for the history of the area, have made a head start.

They’ve opened a new bar which opened recently in the former Lloyds TSB unit opposite The Concord Suite.

Industry Bar & Pizza is named after the motto on the Droylsden coat of arms, “By Concord and Industry”, and, of course, it’s a nod to the Industrial Revolution.

They secured the boarded-up space late last year before dedicating a solid six months of lockdown to renovating the interior and turning it into an industrial-style bar. 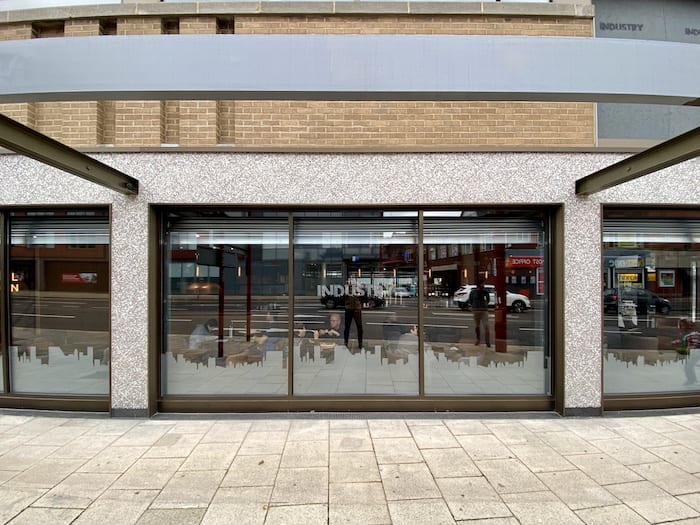 When else would a self-employed tradesperson have the spare time and energy to devote to their own project? 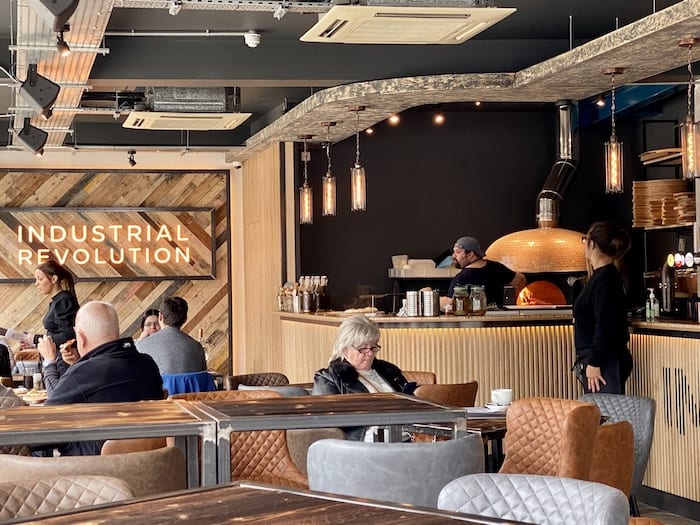 What makes the interior of Industry bar unique is the fact that the whole fit-out was bespoke made on site. It’s been made with love. The bar itself, for example, is made from hundreds of intricate cuts of wood wedged together to create a chevron effect top with a wood-cladding fascia.

The only feature not made on-site is a big yellow-gold neon sign which spells out “Industrial Revolution” and takes pride of place on a feature wall and leaves no doubt of their pride in the area’s history. 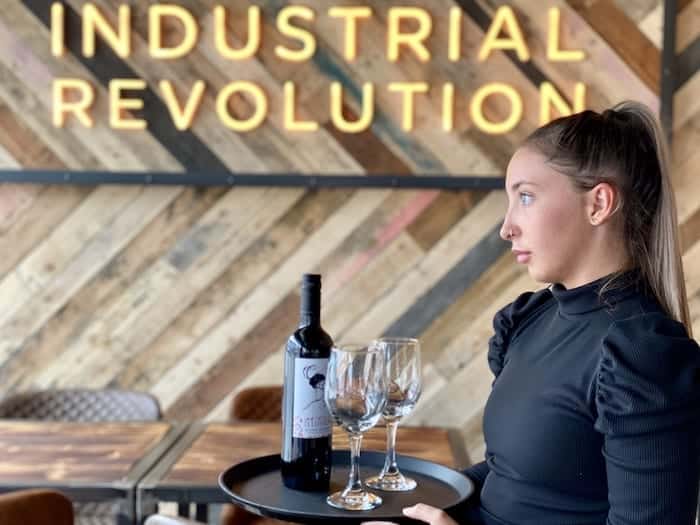 Mike, Andy and Paul were brought up in Droylsden and still live there. Their main aim when planning out the bar was to create somewhere friendly and comfortable in a safe environment for the area.

“I spent eight hours a day building that bar,” says Mike. “We weren’t planning for this to be a posh restaurant but more of a casual place for adults of all ages to come and enjoy a drink and a freshly cooked pizza from our wood-fired pizza oven. 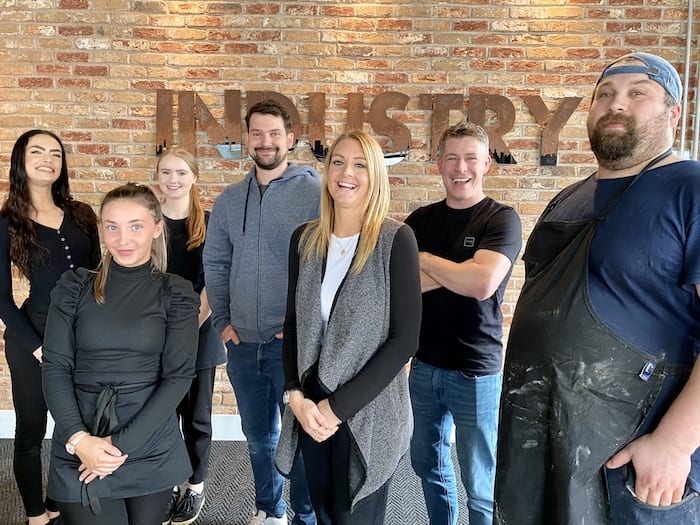 “We made contact with some of the local businesses to assure everyone that we are here to work together to bring Droylsden back to its best. I’m from around here and still drink in The Silly Country [the bar and bottle shop opposite].

“We built this on a bit of a tight budget but, once it pays for itself, we could well open a few more Industry bars in other towns. It’s similar to how Manahatta started their bar business.”

That’s a refreshing thing to hear in the current economic climate.

So what do a couple of joiners and a sparky know about running a bar? Well, instead of trying to wing it themselves, they’ve smartly drafted in drinks specialist, Danny “Biggsy” Biggwither as a short-term consultant to train the staff, create a cocktail menu and generally get the place off the ground. 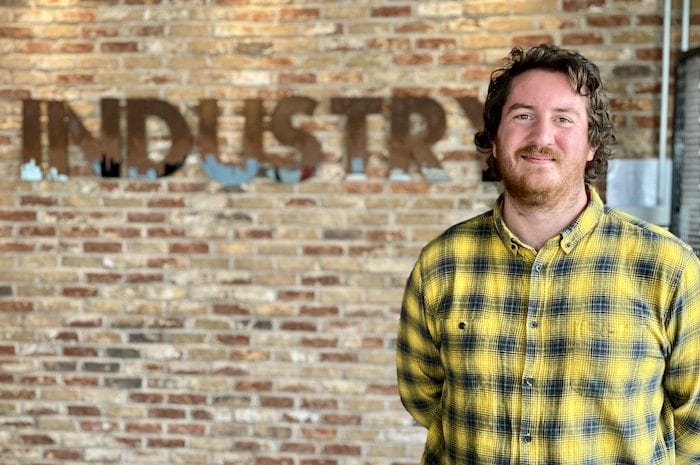 Biggsy, best known for his flair at The Liquor Store in the city centre, was training the inaugural staff for six weeks ahead of the opening and it seems that the owners have definitely got their money’s worth out of him. Not just because of his cocktail creations but his leadership, too. Staff are warm and friendly and are learning from someone who’s worked in some of the best bars in the city centre for over ten years.

“I’ve not stopped this last few weeks,” says Biggsy. “It’s probably been busier in here than any place in town – and it’s relentless all night. 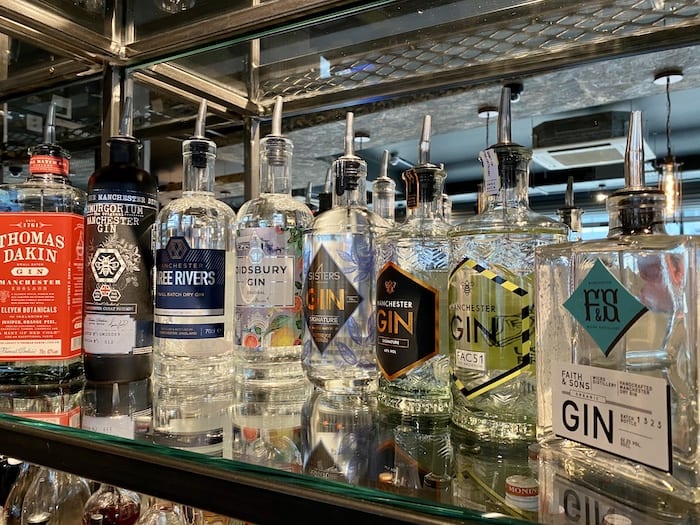 “Apart from putting a few proverbial fires out behind the scenes and customers having to wait a while for tables, we’ve had no issues or complaints. It’s been great and feels like a place this area has been waiting for.

“They [Mike, Andy and Paul] are sound. They love where they live and really do want the area to prosper, starting with a nice new drinking space. Local customers now have no reason to head into Manchester for a night out.”

So what’s keeping people in the bar all night?

Most Manchester city centre bars sell cocktails north of £10 but the cocktails here are all just £7.50. Cocktails like Pineapple and Pomegranate Mai Tai and the Hedgerow Bramble go down a dream. In fact, after a few of them, you wouldn’t think you were still in Droylsden at all. 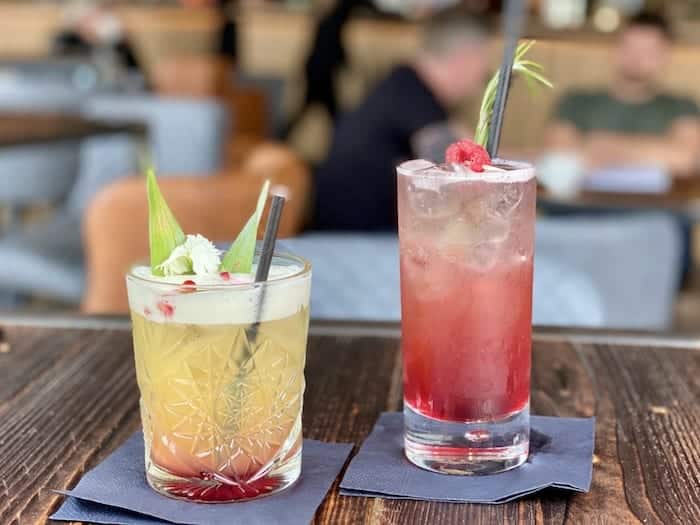 As well as cocktail and wine menus, the bar also promotes a variety of continental beers and no fewer than eight different Manchester gins.

The food offering is Italian-style gourmet fast food with a dash of modesty and a hint of style and something to suit everyone’s dietary requirements.

Recommended to share between two people, antipasti boards (from £16.50) offer a choice of meat, cheese, vegetable, or mixed, include breadsticks and slices of focaccia, and compliment the main menu. 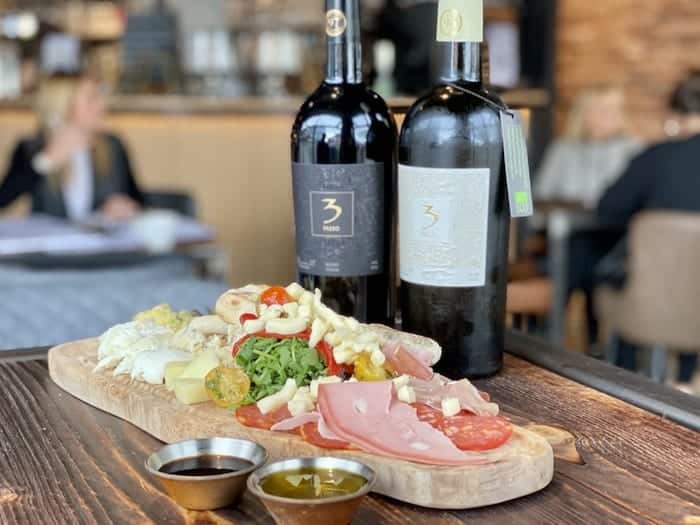 Taking centre-stage, the sourdough pizzas (£7.95-£12.95) are freshly cooked in an impressive ash wood-fired oven which was imported from Italy at a cost of around £15k and are comparable with the likes of PLY and Tariff & Dale in the Northern Quarter. 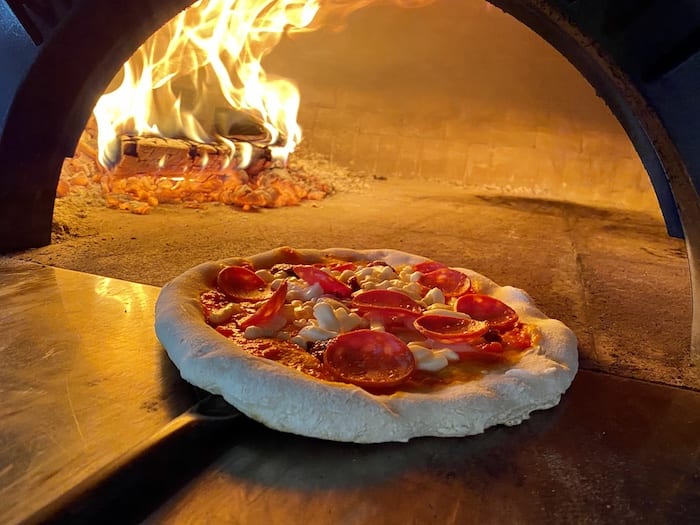 Choose from nine different pizzas including The Industry (£11.95), a carnivore’s dream with pancetta, pepperoni, chorizo and prosciutto cotto; The Villemomble (V) (£10.95), a dish fit for a herbivore, featuring goat’s cheese, pecorino cheese and fresh rocket; and the faux-dairy vegan’s The Sunnyside (VG) (£11.95) with sunblush tomato, aubergine, artichoke, roast pepper and vegan cheese. 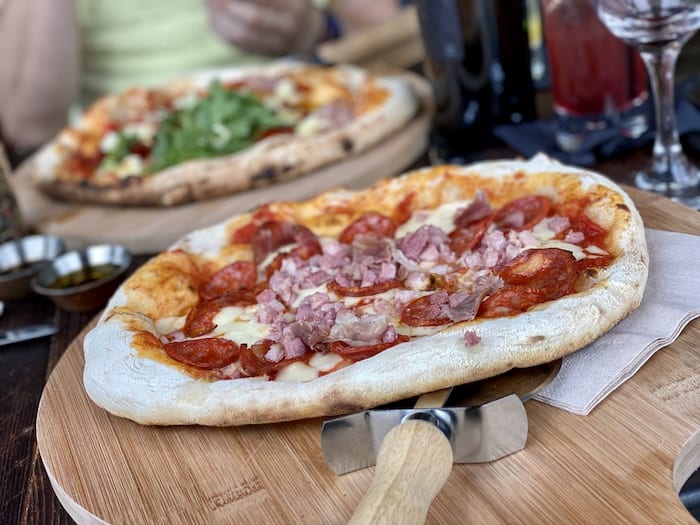 There are plenty of cakes and brownies at the bar to catch your eye like Lotus Biscoff Brownies, Jammie Dodger Blondies, and densely thick Oreo Cake. Need we go on? They’re made and brought in by a local lady called Lou who runs her own bespoke wedding and celebration cake business, Elegant Cake Designs by Lou. 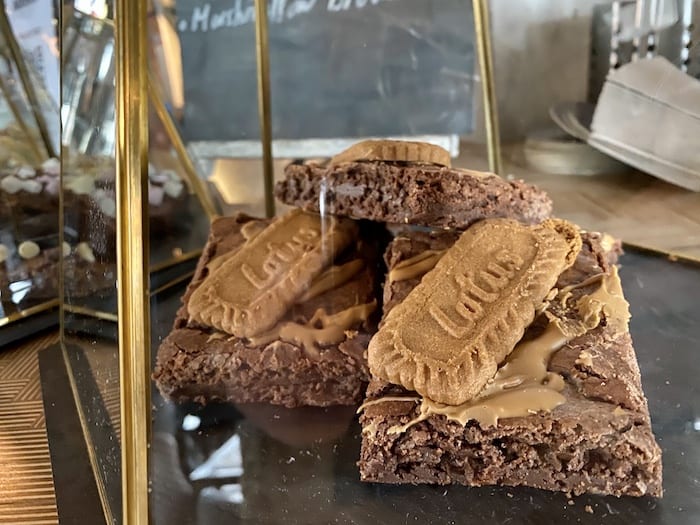 Industry Bar & Pizza aren’t currently taking bookings – it’s just walk-ins for the time being – so you’ll either have to be lucky enough to get a table during social distancing measures or wait outside on the sheltered front terrace for a while.

With plans to open upstairs as either an overspill or event space, this place is only just getting started. And when the front bi-fold doors eventually open onto a rare sunny terrace in summer, this place will really come into its own.

Industry Droylsden really does feel like a Northern Quarter venue. The only difference is you’re not reduced to sitting on a school bench and the service is with a smile rather than a cocky “sorry-not-sorry” swag.