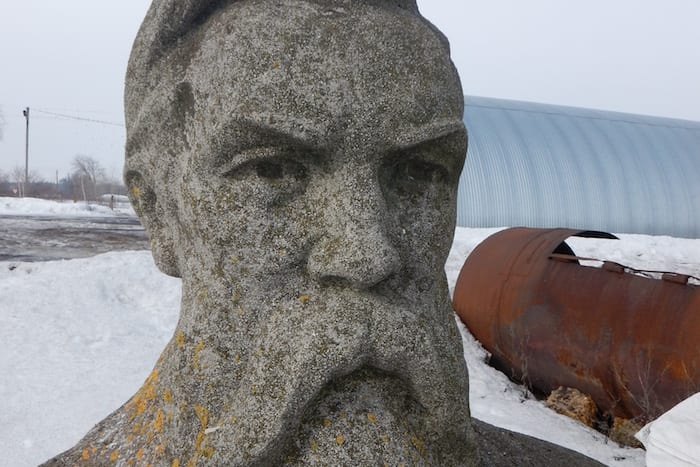 A statue of Friedrich Engels is being installed at Tony Wilson Place this weekend and First Street is throwing a homecoming party to mark the occasion.

Ceremony, a live film event by Turner Prize-nominated artist Phil Collins, will take place at the NCP Bridgewater Hall car park on Sunday followed by a party to celebrate the end of MIF17.

The film documents the journey of a Soviet-era statue of Engels which has been driven across Europe from the Ukraine over the last few months and will be permanently installed  on First Street.

Performers, musicians and the people of Manchester will come together to create an extraordinary film event, mixing footage from the statue’s journey across Europe with live coverage of its inauguration.

It will be accompanied by a soundtrack by Mica Levi and Demdike Stare, a new anthem by Gruff Rhys, and stories of today’s Manchester workers whom Collins met and filmed during his year-long MIF17 residency. 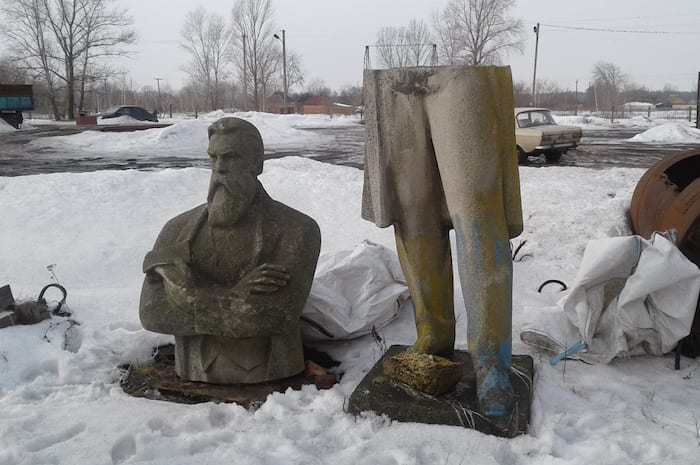 The Engels statue at Tony Wilson Place can be viewed straight after the live performance.

Many of First Street’s tenants, including independent operators HOME, INNSIDE Manchester hotel, The Laundrette, The Gasworks Brewbar, The Liquor Store and Indian Tiffin Room, will be joining in the celebrations to offer MIF after-partygoers a triumphant end to the festival.

The statue is being installed in recognition of the two decades the German philosopher, writer, and radical thinker spent in Manchester and Salford working for his wealthy mill-owning father. He documented the appalling conditions in which many people lived in The Condition of the Working Class in England.

The most horrible spot lies..immediately south west of Oxford Road and is known as Little Ireland..The cottages are old, dirty and of the smallest sort, the streets uneven, fallen into ruts and in part without drains or pavement;masses of refuse, offal and sickening filth lie among standing pools in all directions; the atmosphere is poisoned by the effluvia from these, and laden and darkened by the smoke of a dozen tall factory chimneys. A horde of ragged women and children swarm about here as filthy as the swine that thrive upon the garbage heaps and in the puddles….. The race that lives in these ruinous cottages, behind broken windows, mended with oilskin, sprung doors and rotten doorposts or in dark wet cellars in measureless filth and stench ..must really have reached the lowest stage of humanity.

Things have changed a bit in this part of Manchester since then. 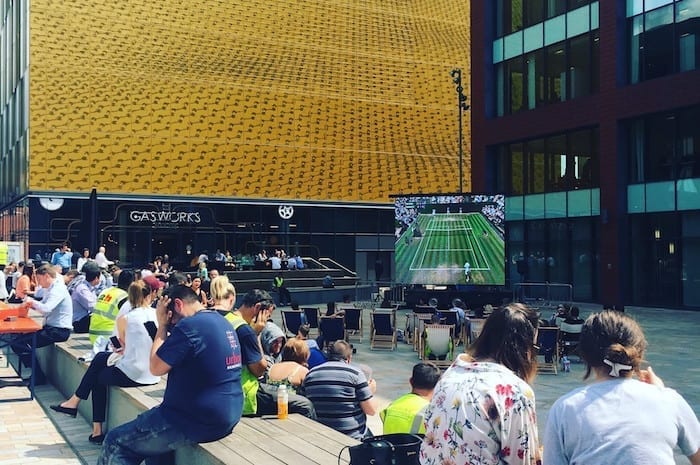 The Wimbledon screenings are free for all to watch, and with copious amounts of ice cream  and a wealth of drink and food choices available, First Street will be the place to grab a front row seat to cheer on the finalists as they battle to lift the trophies.