Michael O’Hare, who won Leeds’ only Michelin star for his restaurant The Man Behind The Curtain in 2015, launched The Rabbit in the Moon in Manchester city centre in January 2017.

Perched above the National Football Museum in the Urbis building, the restaurant was tipped to bring a Michelin star back to the city. It missed out on the accolade in the 2018 edition, but was praised for its “eye-catching and innovative menu.”

“Sorry Manchester… next year x,” Michael tweeted at the time. 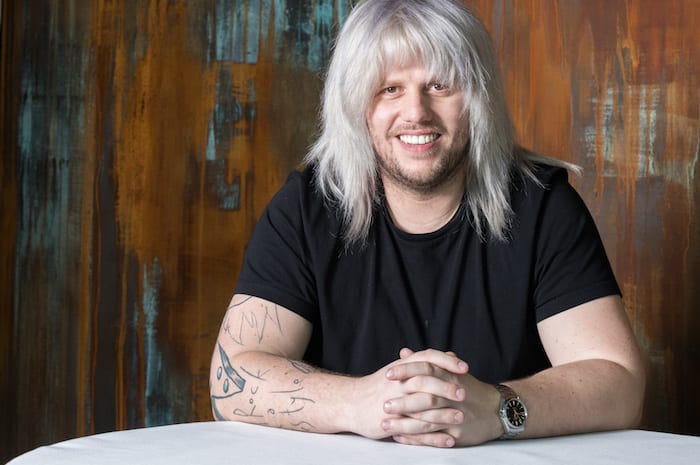 Following the departure of young head chef Luke Cockerill last autumn, the restaurant closed at the beginning of this year. It has just re-opened with a new look, a new menu, and with Michael taking the reins.

“Having taken learnings from the six months post launch, as well as his one Michelin star restaurant The Man Behind the Curtain in Leeds, Michael will lead the team in the kitchen on his mission to push the boundaries of fine dining in the north west,” says the restaurant. 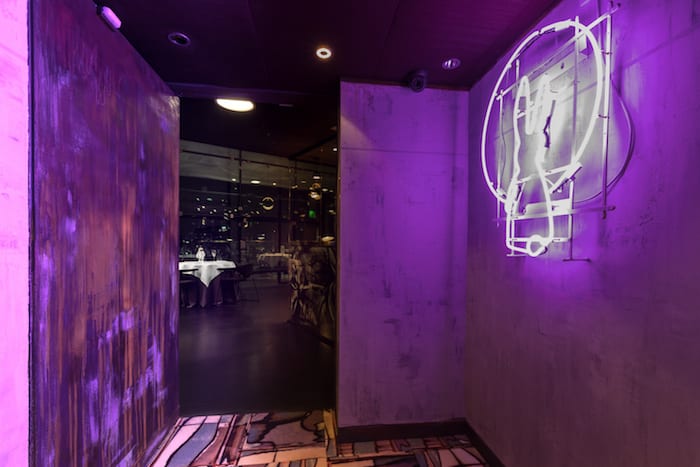 So what can Mancunians expect from the revamped Rabbit? We went along to find out.

Firstly, it looks lighter and brighter. There are white tablecloths with mini-astronauts adorning each table, and a boldly patterned new carpet. The music is no longer overly dominant. It feels elegant and grown-up, but also fun. 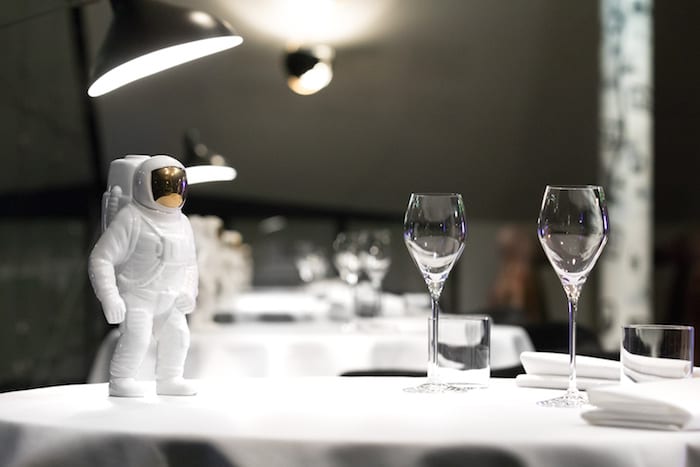 The menu has had a rethink, too. The old fifteen-course elaborate tasting menu has been replaced by a new Asian-inspired, ingredient-led tasting menu which feels bolder and more refined. It’s £70 at dinner, or £45 for a lighter lunchtime menu, excluding drinks.

Our dishes were a delight, both technically impressive and playful.

First up, a pillowy soft mini steamed bao bun, cutely branded with the Rabbit in the Moon logo and stuffed with smoked eel, avocado purée and oyster sauce. This was accompanied by crisp native lobster bites, and Porthilly oysters from Cornwall with wasabi and pickled ginger. An excellent start, washed down with a crisp glass of fizz. 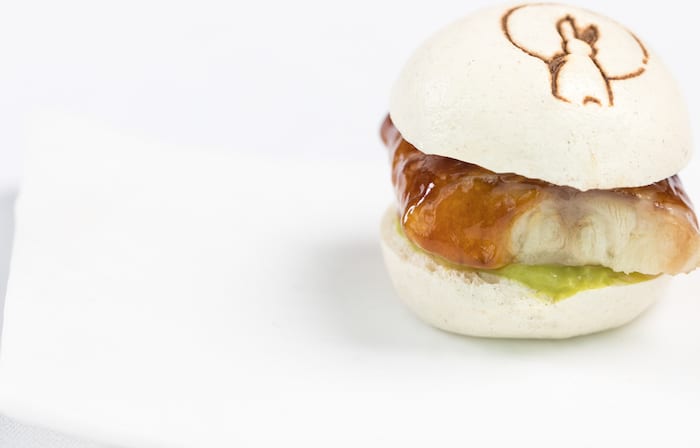 Next came toasted brioche with Scottish langoustine tartare and Iberico ham fat, pretty and delicate, served with a robust, intensely savoury hot and sour beef soup that I could happily have drunk by the bowlful.

A pretty-as-a-picture, plump hand-dived scallop was next, sat atop crispy duck tongues with a spicy, seafood-heavy XO sauce. Then tender, ginger glazed pork cheek with pickled ginger, sprinkled with charcoal.

A fillet of beef with salt and pepper prawn, fried rice, black bean sauce and crispy shredded beef was a million miles from any takeaway version, though with several familiar notes. 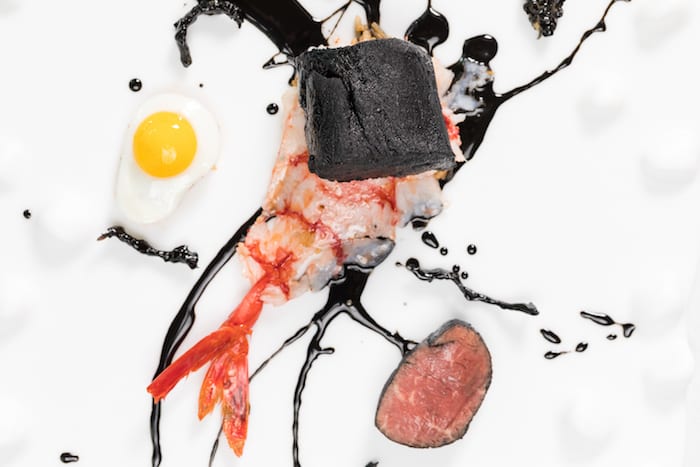 Beautifully presented and executed, from the glossy jet black spatters to the delicate fried quails egg, this was a clever, playful dish. The crispy, chewy shredded beef was utterly addictive. I couldn’t stop smiling with each mouthful.

The wine list is an interesting mix of popular bins, as well as a number of unusual bottles from England, China and Japan, which pair flawlessly with the tasting menu. Individual prices start from around £37 a bottle, or £9 a glass.

“Offering much more than fine dining, The Rabbit in The Moon feeds the demand for a progressive culinary experience in the region,” claims the restaurant.

With flawless service and a menu that’s fun, playful and bursting with skill, it’s hard to disagree.