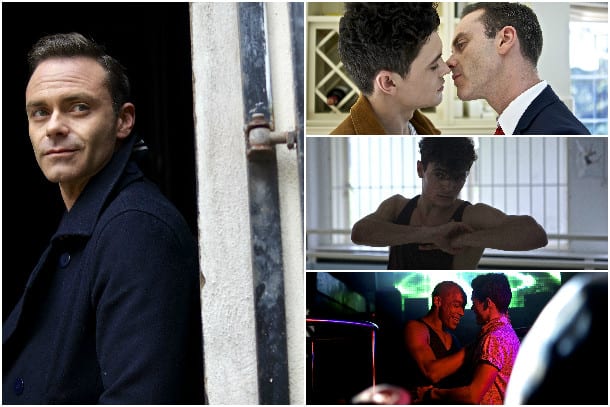 Although I am sure that the LGBT community will welcome this film with open arms, I don’t think it’s exclusively a gay film.

“…let the
performances
sing through
and this film
will not
disappoint…”

At first the story seems like a gay coming of age film. We follow Davey, played by Eastenders’ Jonny Labey – a young dancer whose all consuming life ambition is to get a professional dancing job.

But the film quickly takes a darker turn when it’s revealed that Davey has been having a long term affair and emotionally abusive relationship with his sister Jane’s (Suzanne Collins) husband, Jules (Daniel Brocklebank), exposing a whole new layer of subject matter – problems and tribulations affecting not just the LGBT society, but society as a whole – family, trust, poor adult decision making, deception, sexual identity, sexual health and, of course, love. This film is about people and the relationships we all have and how we deal with desire and sexual hang-ups. It’s a film for a much wider audience than just gay people, which is probably why VUE cinemas have chosen to support it.

Overall Soft Lad was a success, but it wasn’t without its flaws. I could have definitely done without the film being bookended by one of the characters addressing Davey as ‘soft lad’, or the over-egged relationship montage in the middle of the film – they are a bit cheese on toast. But these are simple mistakes to make in a debut feature film and can definitely be forgiven.

Another drawback is some clunky character exchanges – overly expositional dialogue or an extraneous exchange of slightly cringeworthy soap-like chit chat, when a clever, quieter, more filmic sequence would have had much more impact.

Having said this, when Lopez’ writing is at its best, these problems are non- existent and the wonderful performances by the tight-knit cast really come through and definitely make up for a bit of bad dialogue. Suzanne Collins’ portrayal of a perfect, wag-like working mum is marvellous. In a scene towards the end when the plot culminates, she totally steals the show with a perfect mash-up of emotion and well-delivered humour, and I must admit this brought a tear to my eye.

Johny Labey also comes through as an endearing actor to watch. His character, pushed into a spoiled corner where he is ‘pedestalised’ for life as the little brother who will make it big one day is reminiscent of many misguided youths. I think we can all see a bit of our seemingly invincible younger years in his perfectly painted portrayal of Davey.

The cast and crew should be proud of raising the issues and asking the questions they have asked through the medium of Soft Lad, particularly those regarding sexual health. Keep an open mind when going to see this film and concentrate more on the bubbling intensity rather than its shortcomings in dialogue here and there and let the performances sing through and this film will not disappoint.