From the people behind Trove bakery, whose original site is in Levenshulme as well as a recent opening on Murray Street, Erst’s focus is on simple seasonal food, natural wines and craft beers.

The menu of the Ancoats restaurant is largely dedicated to the grill, suggesting a passion for the bygone simplicity of cooking over fire. Fitting, given that ‘erst’ is an old word meaning ‘long ago’.

But there’s nothing old fashioned about it. Dishes are creative, confident and genuinely interesting. And a new seasonal winter menu is all about the best winter produce, from pumpkin to partridge. 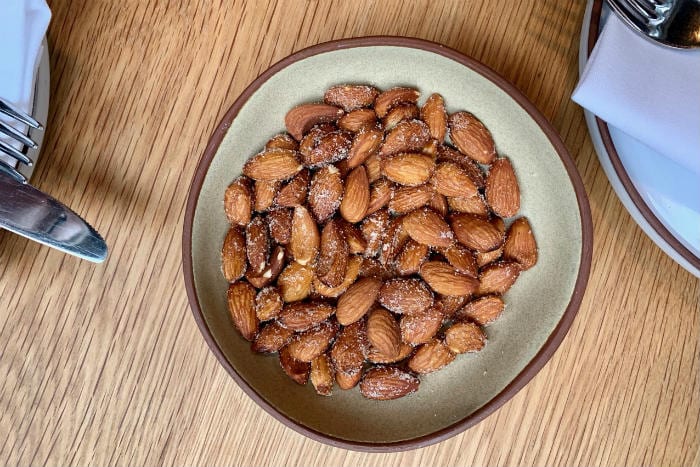 Perfect for sharing around two to three per person, the dishes arrive as they’re ready. But in a largely sensible order, not in the haphazard way that can sometimes put people off this style of dining.

A bowl of lip-lickingly salty almonds (£3) is the perfect bar snack with a cold beer. 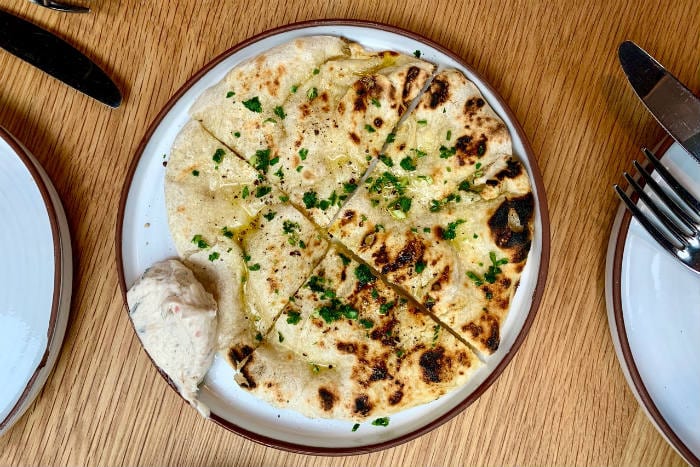 Crispy, well-seasoned potatoes (£4) come with an obscenely delicious savoury yeast sauce, while a dish of ceps, pumpkin stock, egg yolk and focaccia (£8.50) is all about celebrating the season. 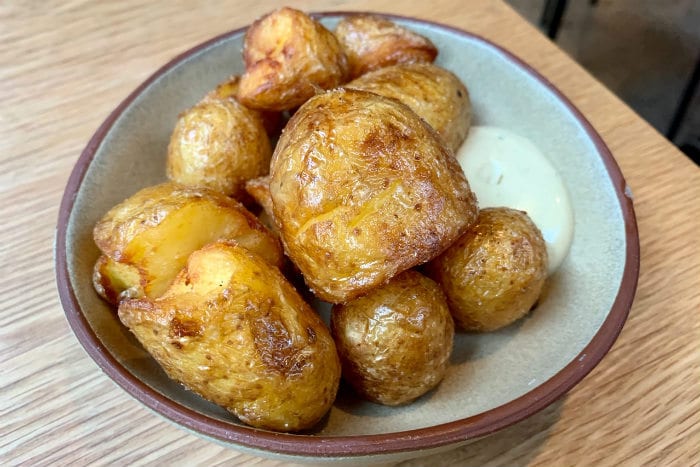 Then there are a couple of larger plates, great to share but which you could happily eat by yourself as a main dish with a side if you so desired.

It’s always great to see game on a winter menu, especially in Manchester where we sadly don’t see it as often as we’d like. 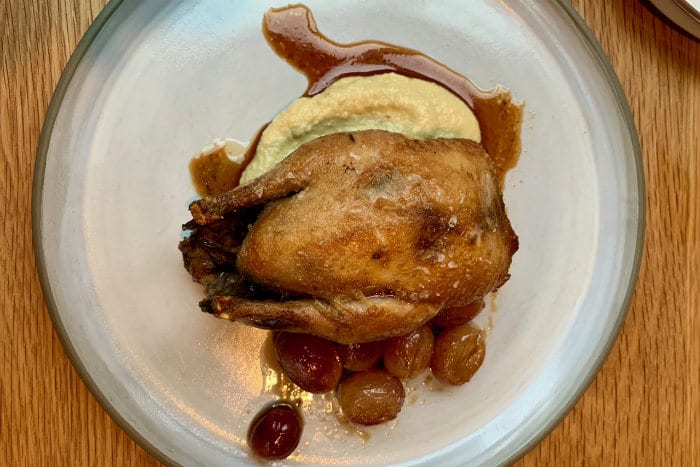 Another lesser spotted meat cut is just as good: pork collar. More commonly found on dining tables in Europe than over here, it’s slightly fatty with a marbled effect, meaning that when cooking, it doesn’t tend to dry out easily as other cuts can.

The pork collar (£10) at Erst is beautifully juicy and soft, and full of intensely porky flavour beautifully offset by sweet-sharp plum and fragrant rosemary and dotted with salty capers. It’s delightful. 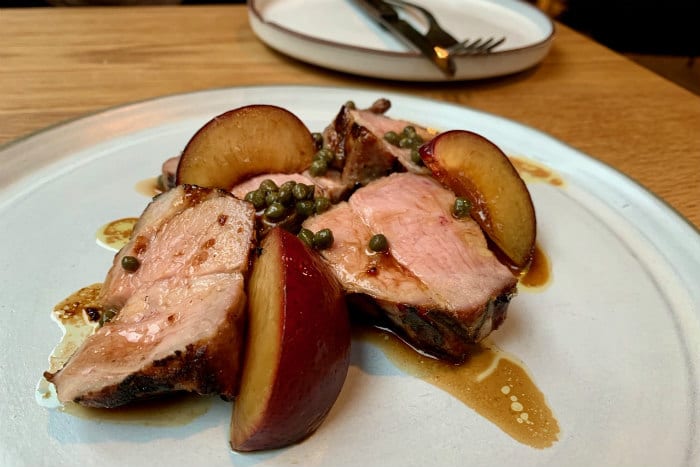 But you may want to keep the puddings to yourself. 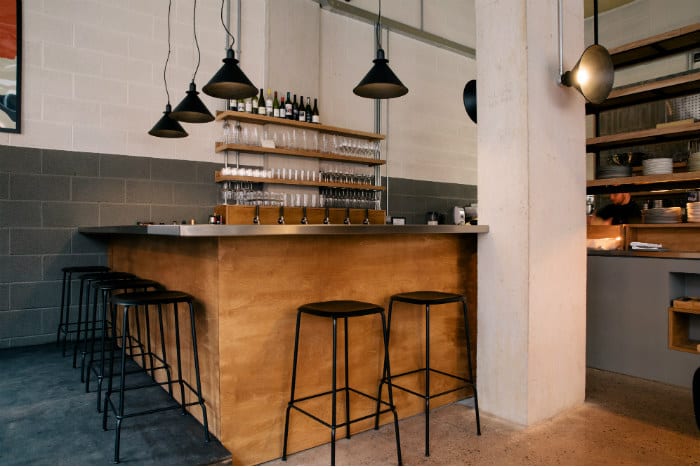 When it comes to drinks, the wine list features vintages from small producers who use organic and often biodynamic processes – in other words, caring for the fruit and the land it’s grown on rather than using large-scale production and pesticides.

There are several orange wines on the list, too, plus several choices by the glass mainly from Austria, France and Italy. Ask for a recommendation and they’ll be happy to guide you – and there’s a separate bar area if you just want to drink.

Erst’s is a confident, modern and accomplished menu, served in a laid back, convivial space. Once again, Ancoats leads the way when it comes to the most interesting places to dine.

A new voice for Indian food

A luxury £590k house in a sought-after Greater Manchester postcode, plus an open-top supercar – for the price of a takeaway coffee

Support, at the right time, can be life-changing for young people – and the Manchester’s Rising Stars Fund can help