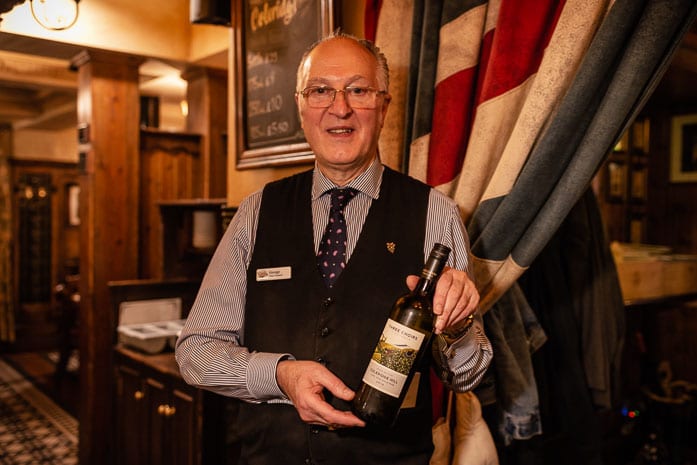 There’s not much George Bergier doesn’t know about wine.

Ever since George – now chief sommelier and wine buyer at Manchester’s three Victorian Chophouses – started his career as a wine waiter at the Midland Hotel in 1968, he’s followed every twist and turn in our taste for the grape.

George has seen it all, from the days when the wine trade was dominated by the classic regions of France – Bordeaux, Burgundy, the Loire, Rhone and Champagne (then a closeted mystery to most of us) to the racy onset of the New World and the explosion in the popularity of wines in the UK.

So what’s next? You may be surprised, but George is now enthusing about ENGLISH wines and predicts a surge in their popularity over the next few years.

Those in the know – and George is definitely one of them – already appreciate the excellence of English sparkling wines made in Kent and Sussex with exactly the same grapes as in the Champagne region of France but grown in England on similar chalky terroir. 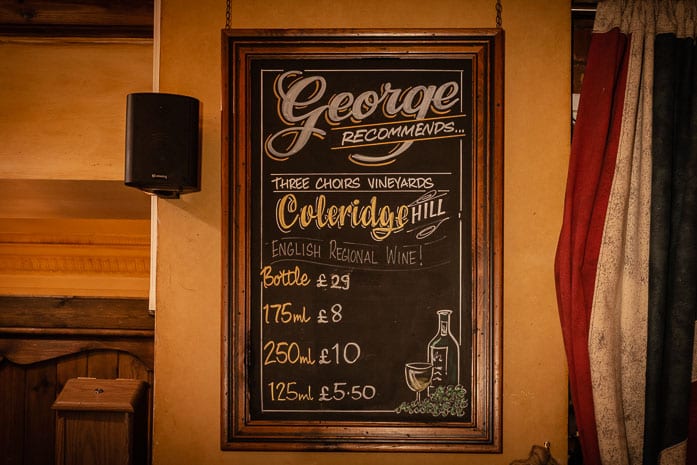 He said: “Last week I had a French winemaker from Champagne talking about the competition now coming from England. And some of the famous French Champagne houses are already getting into the act.”

Said George: “Nyetimber is an exceptional wine of very high quality. It is the sparking wine served at royal occasions and often at British embassy and consular receptions overseas.

“Such is Nyetimber’s determination to maintain top quality that in 2012, their exceptional winemaker Cherie Spriggs ordered the whole harvest to be scrapped rather than produce an inferior wine.” 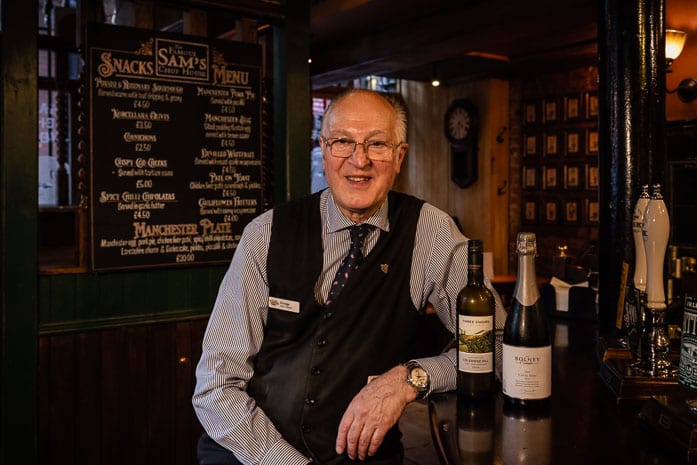 The Chop Houses also list a top rosé fizz from Hush House Estate in Kent and the quirky Cuvée Noir from Bolney Estate in Sussex – a red sparkler made from the dornfelder grape.

George has been familiar with English wines almost from the start of the industry here.

“I remember my first encounter with English wine,” he said, “Adgestone Estate, established on the Isle of Wight in 1968 and still going strong. It was the English wine on the QE2 ocean liner at the time.

“English white wines are going from strength to strength, produced by winemakers – many from the New World – from early ripening hybrid grapes. They are very characterful, refreshing and relatively low in alcohol, coming in at around 11 per cent.

“I don’t think the climate is warm enough to make very good red wines, though after last year’s prolonged hot summer, 2018 vintage English red wine is likely to be the best ever made.”

As a way of introducing English wines to curious customers, George’s Chophouse list includes Three Choirs Coleridge Hill white by the glass, made at one of England’s oldest and best respected wineries at Newent in Gloucestershire.

“It’s lovely and crisp with a long finish. Great on its own or better still with some lovely scallops.”

The wine is typically English, made from a blend of early ripening hybrid grapes you’ve probably never heard of – Phoenix, originating from Germany, Madeleine Angevine originally from the Loire and Seyval Blanc, also originating from France.

They produce characteristic English hedgerow aromas and a generous palate with hints of crisp green apple, pear, elderflower and fresh cut grass, similar to Loire Sauvignon blanc but without the gooseberry tang.