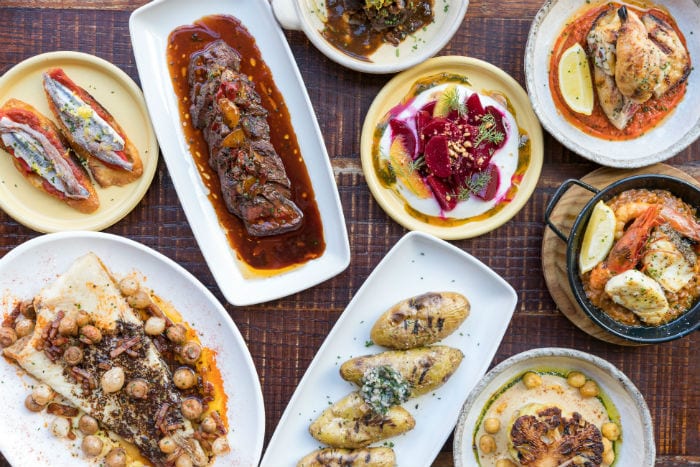 Chef Patron Simon Shaw has returned to the kitchen at El Gato Negro, having helped set up new venture Canto in Ancoats. The perfect time, then, to release a new seasonal menu just as the weather is turning colder.

El Gato Negro was born from Simon’s fascination with, and love of, Spanish food and wine, and his numerous trips to Catalonia and the Basque country.

The King Street restaurant was awarded a Bib Gourmand for the third year in a row in the 2019 edition of the Michelin Guide for its “good quality, good value cooking”. It’s the only city centre restaurant to have received the accolade.

“The new menu is something I’ve been working on for some time,” says Simon. “As a chef you’re always looking to experiment and develop new dishes, particularly at the start of a new season.”

We went along to find out what’s on offer, snacking on some beautifully salty padrón peppers with Halen Môn sea salt while we decide what to order. Dishes are designed to share – they recommend five or six between two people – and arrive from the kitchen as they’re ready.

Matrimonia is new to the menu, a punchy, delicious duo of marinated and salted anchovies served with piquillo pepper. It’s joined by a bowl of rich seafood rice made with plump, meaty prawns, mussels, hake and smoky chorizo. 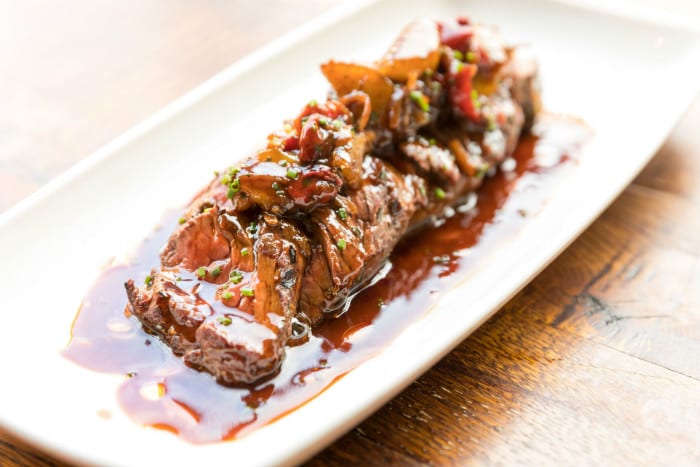 Onglet, the French name for a cut more commonly known in English as hanger steak, is a flat cut from the diaphragm or lower belly. It’s often overlooked but packed with intense beefy flavour, and ours is served perfectly medium rare.

Soaking up the rich, savoury juices are patatas a lo pobre – or ‘poor man’s potatoes’ – a simple dish of slowly fried potatoes, green peppers and onions. It’s a hearty plateful, perfect for the colder weather.

The plaice is served whole and on the bone rather than as fillets, and it’s sweet, mild and beautifully tender. It’s infused with robust flavour from the smoky, fatty pancetta and a rich, buttery sauce. 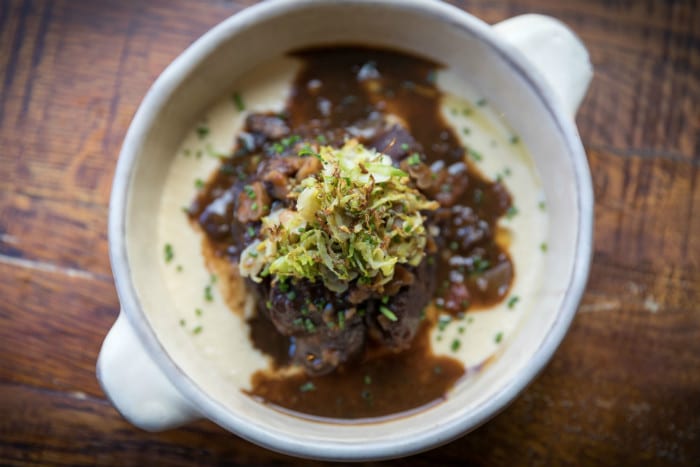 A number of new vegetarian options also feature, including roasted cauliflower with shabu shabu dressing and fried chickpeas. This is a stunning dish, the mild nutty cauliflower taking on a new lease of life from its time in the oven with a delicious char.

The dressing is nicely balanced, sweet yet salty, with flavours of soy, white vinegar and the subtly sweet, slightly tangy rice wine mirin. Who knew cauliflower could be such a star? 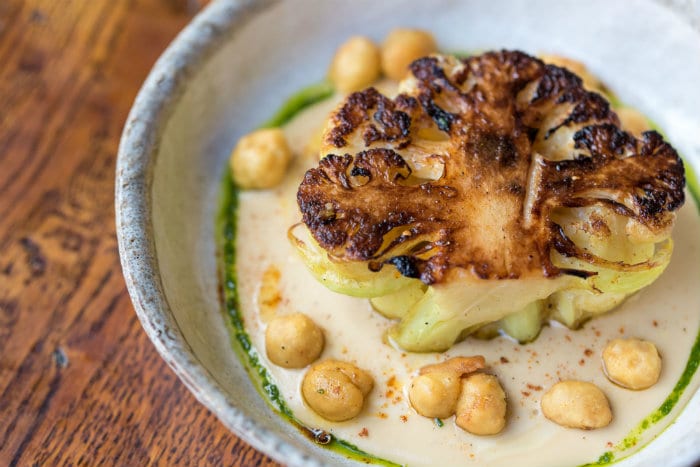 Other veggie-friendly dishes include smoked potatoes with capers, shallots and parsley butter; and roast beetroot with whipped cheese, orange, dill and toasted hazelnuts.

Save room for dessert though, because there are three new additions to the winter menu, including a cheesecake made with Monte Enebro, the Spanish soft-ripened goat’s milk cheese, served with poached rhubarb.

Other new options include millefeuille with hazelnut, coffee and praline; and a chocolate and red wine tart with poached pear. 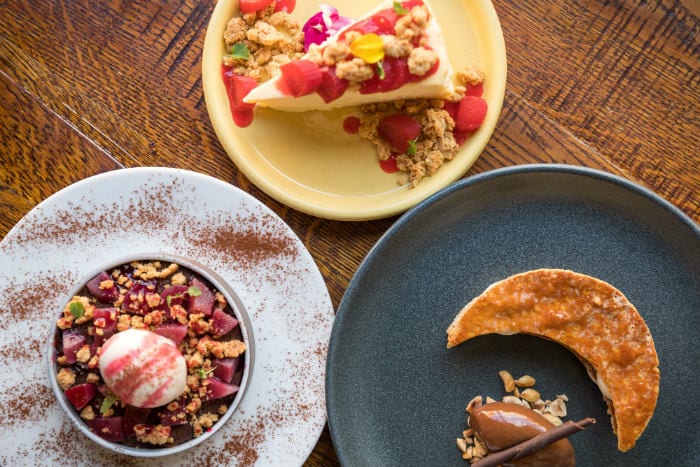 They all sound tempting, but we are not strong enough to resist what’s on the specials menu – chocolate fondue to share.

“It’s great to be back in the kitchen and to welcome Antony to the team,” says Simon. “It’s been 13 years since we worked together back at Harvey Nichols, Knightsbridge, but nothing has changed!”

The restaurant has also rolled out a new wine list and drinks menu, as well as some brand new cocktails and mocktails.

“It’s a balancing act – keeping the menu fresh and giving diners a reason to return, whilst retaining the favourites,” says Simon.

“The autumn menu sees a good balance of old and new. It feels right.”