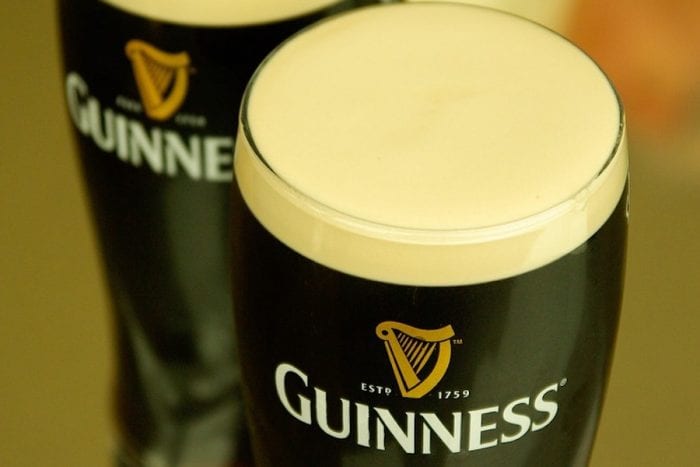 There’s a reason Irish drinking culture is ubiquitous across the country. Affectionate, impish and enthusiastic to a fault, it has an uncanny ability to put a smile on the surliest faces and turn the plainest footwear into dancing shoes.

As soon as you walk into a bar draped in green, orange and white, you immediately become part of the party and one of the crowd. And this probably goes a long way to explaining why thousands of Mancunians morph into Plastic Paddies for a day on 17 March every single year. With the annual uprising of Irish expats only a few days away now, we’ve  taken the opportunity to put together a list of the top spots for quare craic in and around the city.

Holed up inside the Printworks, Waxy O’Connors is frequented by visitors from all walks of life on the weekends, including locals, stags, hen parties, and out of towners descending on the city for a day of debauchery. Despite the eclectic crowd, Waxy’s remains resolutely Irish, festooned in homely wooden décor and plating up Irish themed buffet food throughout the week. The Singalong Sunday sessions are a riot, with punters encouraged to roar classic little ditties at the top of their lungs. If you ever decide to swing by and croon along to the Irish tunes at Waxy’s, the sublime Irish coffees behind the bar can act as the ideal throat soother. The pub fills up quickly whenever the whistle blows for an Ireland Six Nations match, and live music is pencilled in for Paddy’s Day weekend. If you’re up for a late night Irish party, this is the place to be.
The Printworks, Corporation St, Manchester M4 2BS

O’Shea’s is one of Manchester’s most famous Irish pubs and it’s dressed up to the nines ready for St Paddy’s Day this year. The better part of quarter-of-a-million pounds has been ploughed into this green-themed Princess Street boozer, with the pub taking an unprecedented time-out last month to undergo major renovations. The well-worn floors and old-fashioned furnishings have been stripped away and substituted for fresh modern décor, but the infectious Irish spirit that’s suffused the building since the mid-nineties remains very much intact. Guinness, of course, remains on tap, sitting alongside a refreshed stock of special Irish spirits and ales. The new food menu is also inspired by the land of Saints and Scholars, from mouth-watering ham hock and cabbage dishes to big juicy fry-ups. The Pogues, Bagatelle and Stockton’s Wing have taken turns to grace the stage at various points in O’Shea’s illustrious history, and 2017 marks the beginning of an exciting new chapter for our city’s legendary Irish resident bar.
80 Princess St, Manchester M1 6NF 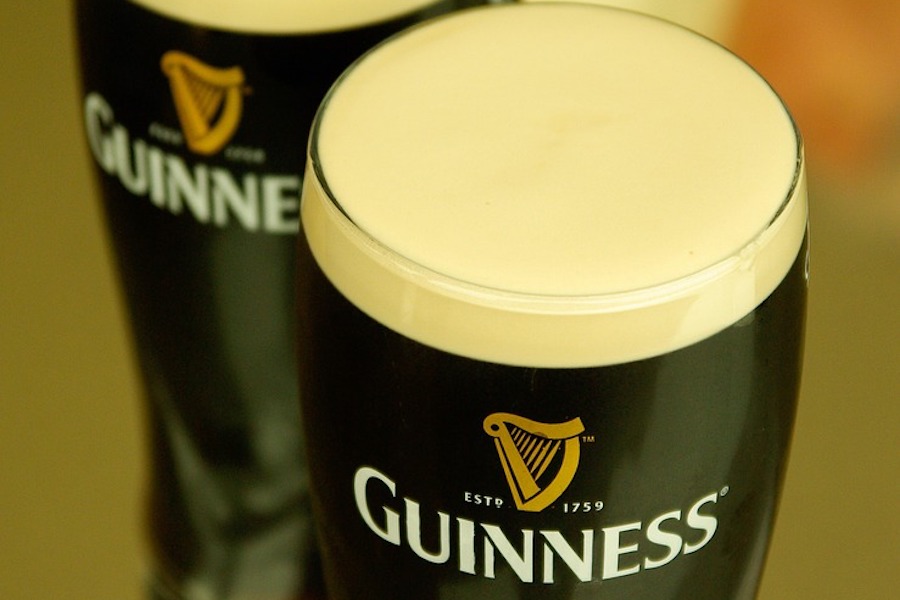 They say never judge a book by its cover, and no pub reaffirms this old adage quite like Mulligan’s. Propped up on the corner of two shabby alleys, this Irish drinking den appears to be nothing more than a suspect-looking backstreet boozer from the outside. A single step through the door proves otherwise.  Every weekend, people from all over the city visit Mulligan’s to spend hours bopping along to live music whilst sipping on lip-smackingly good pints of Guinness, as a friendly team of bar staff engage in some brilliant back-and-forths with the clientele. Mulligan’s staggers its way onto lists of The Best Irish Pubs in the UK whenever St Patrick’s Day rolls around, and sure enough, it’s popping up all over the web again as March 17 draws closer. Expect some marvellously boisterous celebrations.
12 Southgate, Manchester M3 2RB

The Shamrock is a self-declared hidden gem and one of the lesser known Irish pubs in Manchester, tucked away in a corner of Ancoats on Bengal Street. Piping hot plates of home cooked food are served up from morning until dusk, with live music kicking into action at sporadic points throughout the month. The tunes and performers themselves are almost always Irish, with a bit of old school country music sometimes thrown into the mix for good measure.  The Shamrock is also home to a set of large plasma screens, which sees dozens of Irish fans flock here whenever the national side are scheduled to play a Six Nations match. Provided you get there early, this could prove to be a shrewd choice for Paddy’s Day.
17 Bengal St, Manchester M4 6AQ

Mother Mac’s keeps a lower profile than many of the other Irish-inspired public houses in Manchester. But that’s part of its charm. Quiet, casual and sequestered from the city centre racket down Back Piccadilly, Mother Mac’s is the perfect place to pop in for a peaceful pint on a Sunday or week night. Like O’Shea’s, this time-honoured ale house has recently enlisted a refurb crew to give the place a fresh lick of paint. Looking spick and span in its brand new outfit with a fresh selection of beers to choose from, Mother Mac’s is well worth ambling down the alleys for.
33 Back Piccadilly, Manchester M1 1HP

Fallowfield continues to overspill with students and the younger crowd, and many have begun to float slowly towards nearby neighbourhood Levenshulme. A hybrid mix of demographics can now be found in this part of Manchester, but if you wander down Stockport Road to the Fiddler’s Green, you’ll find a pleasant public house populated by authentic Irish clientele. Fiddler’s is the kind of spot where cordial bar staff pull pints with a smile. Coins clink into a charming little jukebox from the moment doors open as the scent of delicious dishes wafts across the venue right up until close. Fiddler’s might be a bit off-grid for city centre denizens but the train ride from Piccadilly will feel like a distant memory by the time you’ve settled into your seat with a perfectly poured pint.
881 Stockport Rd, Manchester M19 3PG

Another pub with an Irish twist in the Levenshulme area is The Horseshoe. Situated just off Stockport Road in the heart of the neighbourhood, this is a humble and hospitable little place swathed in fogyish décor with local bands popping in from time to time to get the crowd in full swing. With good Guinness and great company, The Horseshoe is worth a punt for anyone seeking out somewhere a little different.
14 Chapel Street, Levenshulme, Manchester M19 3QA

A little further towards Stockport is Cassidy’s on Shaw Road. With live music, live sport and very live crowd on the weekends, it has pretty much everything you could want in an Irish bar. So if you’re feeling a change of scenery for St Patrick’s Day this year, hop on the Stagecoach and trundle up to Heaton Moor for the evening. The odds are you’ll be in for a good night.
21 Shaw Rd, Stockport SK4 4AG