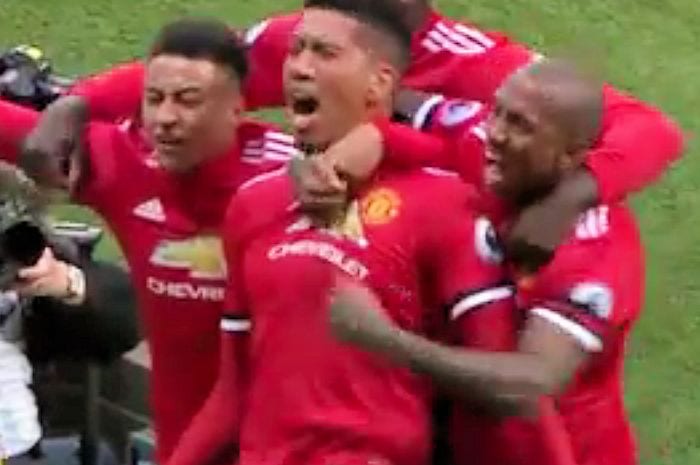 Manchester City will have to wait to confirm their third Premiership title thanks to a dramatic second half at the Etihad on Saturday.

The champions elect were strolling toward a victory which would see them confirmed as champions of England for the third time in seven seasons against their closest rivals Manchester United – a win which would not come thanks to two second half goals from Paul Pogba and a third from Chris Smalling.

When City skipper Vincent Kompany headed the blues into the lead after twenty-five minutes followed by some slick play and a finish from Gundogan five minutes later, it all pointed to a City victory.

The loss is City’s second this week following a first half 3-0 thrashing at the hands of Liverpool on Wednesday night – a blueprint that United seemed to adopt in the second half.

Although the league title is pretty much wrapped up for Guardiola’s men and it certainly isn’t time to panic, this past week has highlighted a weakness in the City side – a weakness that maybe we thought had been eradicated with the big spending during the summer to bolster a rather suspect defence.

Liverpool have beaten City twice this season already and have done so by playing attacking football and exploiting our defenders.  Vincent Kompany has managed to remain fit in the last few months, and John Stones and Danilo are both back from injury.  Benjamin Mendy is due back anytime now but has been missed since he was sidelined in September.

The signing of Laporte also suggested that Pep had recognised the main area of weakness in the squad and that he had bought well in a bid to solve the problem. The best signing has been Ederson in goal to replace Bravo who was setting records no goal keeper in the world would be proud of last year.

When City visited Old Trafford earlier in the season and came away victorious due to Jose Mourinho ‘parking the bus’ for 90 minutes, there were already signs that defensive frailties were there to be exposed.

After going a goal behind United finished the first half strongly and equalised within several minutes to go into the break 1-1, only for the blues to regain the lead in the second half.

United then sat back for much of the second half almost as if they were scared of losing 5-1 rather than being focused on getting a goal themselves – right up until the final five minutes where they came very close to scoring the equaliser.

As much as City have blown the opposition away for most of this season and Pep has always said he would only play ‘his way’, recent results have indicated he needs to be able to implement a Plan B when things aren’t going so well.

Speaking after the defeat, Guardiola said: “Of course we wanted to win today, I’m not going to deny that but we knew exactly who we were going to play against – the second in the league.

“The people have said since November and December that the Premier League is done, but it’s a tough tough fight to keep going and keep focusing every weekend. In football anything can happen. It’s the first time we’ve lost two games in a row this season and now we have to recover and try again, go back to the basics and win games. We’re going to try on Tuesday and in the next games.”

Despite the feeling that City should have gone into the break 5-0 up on Saturday, the fact remains they didn’t.  And more worrying is that when they concede they seem to do so in dramatic fashion.

The defeat to Liverpool at Anfield in the league came in the second half when City had a crazy twenty minutes and the scousers took full advantage.

The defeat in the Champions League on Wednesday again came in a crazy half hour when every time Liverpool went forward, City looked vulnerable.  United followed a similar formula when they came out in the second half on Saturday and proceeded to put three past them without reply.

The derby was a strange one as there seemed to be similar feelings from both sets of fans. United felt as though a win didn’t really offer much satisfaction as City are already on the way to lifting the trophy, and City were only really focused on producing a miracle on Tuesday when Liverpool come to the Etihad for the Champions League second leg tie.

It was still a Manchester derby, however, and nobody wanted to come away with a loss. The result only delayed the inevitable for City – the confirmation of the league title which will now have to wait for another day.