A double-decker bus, wrapped in the Ukrainian flag, will be parked outside the Manchester Central Convention Complex from Thursday 24th to Saturday 26th March, staffed with volunteers to raise vital funds for frontline medical aid charity, UK-Med’s Ukraine Appeal.

The charity is providing on-the-ground primary healthcare and medical response to those displaced by the war.

UK-Med is being supported in its campaign by Lancashire family-owned business, VetPlus, part of the Tangerine Group.

It is offering its old, London-style double-decker bus – originally part of the company’s marketing presence at industry event, BSAVA Congress 2022 – as a location for event attendees and members of the public to donate to the Ukraine appeal via cash or card payments, and find out more about the important work carried out by the charity. 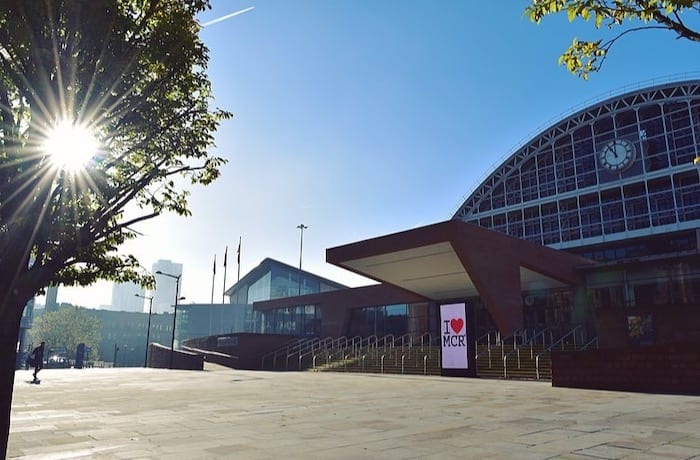 To encourage as many donations as possible, VetPlus has also pledged to increase all money raised by BSAVA Congress delegates over the three days by 50 per cent.

“We have been overwhelmed with the support shown since we launched our emergency appeal to support the people of Ukraine,” says Jackie Snell, UK-Med.

“The situation in Ukraine continues to evolve as do the healthcare needs of the mainly women and children who have been displaced from their homes.

“Donations are making a real difference to the work we are able to provide on-the-ground, enabling our teams to assess, anticipate and provide emergency and primary health care.

“We thank VetPlus for supporting us with fundraising, along with everyone who has donated to the appeal so far. We welcome your continued support to enable to us continue our work as the situation evolves.”

David Haythornthwaite, founder of VetPlus, a global leader in veterinary nutraceuticals, said: “Like so many of us watching the unfolding devastation in Ukraine, we feel a sense of powerlessness and want to do as much as we can to help where it is needed most.

“UK-Med is an incredible charity which is delivering vital medical aid right at the frontline.

“We had the space outside Manchester Central booked to coincide with our sponsorship of one of the veterinary industry’s leading conferences. We had planned to park our bus outside and use it as a meeting place to host our customers and colleagues during the show.

“Given the prominence of the location and the number of attendees at the event, we saw an opportunity to raise awareness for UK-Med’s Ukraine appeal and to provide a physical location where people can donate.

“For every pound raised by conference attendees over the three days we’ll be at the Manchester Convention Centre, VetPlus will add an additional 50p.

“So, we encourage everyone to please donate as generously as you are able to, and together we can help UK-Med to continue to make a difference.”

In the past two years UK-Med has responded to more than 22 requests for help in 21 countries across the world including Lebanon, Myanmar and Yemen.

The Ukraine Appeal is the first time UK-Med has launched an independent national appeal of this scale.

“Our expert medical team, based in Lviv, is working tirelessly and extensively to carry out rapid medical assessments across towns and cities in Ukraine to understand the immediate and growing humanitarian health needs,” said Jackie.

“We are working closely with partners on the frontline to rapidly assess and identify priority health needs to enable us to quickly scale-up our response to support affected communities.

“We are developing plans to set up a health clinic in Drohobych, one hour south of Lviv. We will be scaling-up the clinics as soon as the plans are finalised.

“Drohobych has become a shelter for around 15,000 IDPs internally displaced people – a UNHCR report there are 6.5 million IDPs across the country. Active conflict is creating access challenges to specific areas and is disrupting the delivery of humanitarian assistance.

“We are one of a small group of international organisations who is actively building relationships and networks to gain access to conflict-affected populations in central and eastern Ukraine.”

You can read first-hand accounts of the ongoing situation in Ukraine from the UK-Med team and also donate to the Ukraine appeal online here: uk-med.org/ukraine-appeal.