‘We don’t care who you love as long as you love football’: meet Manchester’s only gay football club 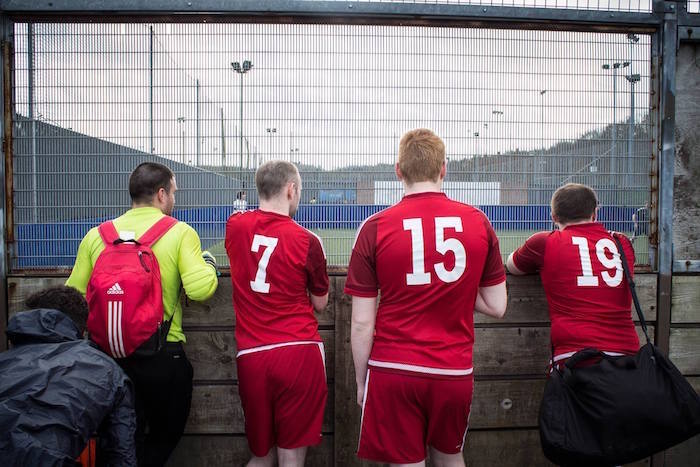 “It’s not as gay a club as it used to be”, grins James, a Village Manchester FC player for seven years.

This isn’t something you’d expect an amateur footballer to say about his team, but this club stands out from the crowd.

Village Manchester FC were formed in 1996 as a gay and inclusive club that welcomes anyone who loves football – gay, bi or straight. They currently have two teams and are among over 20 recognised gay teams in the country.

“I’d played for a few of the [gay] London clubs already so when I moved up I joined in the fun. It’s not really the sexuality element first here, it’s football for everyone – that’s the whole point,” says James.

Progress has been a strong theme in the club’s history. They started out as a small, yet determined group of friends who created a team to enable like-minded individuals to play a sport they were passionate about in a competitive local league. 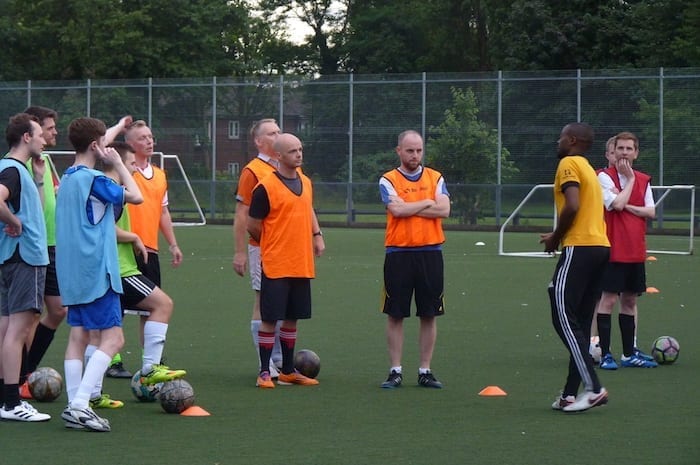 Another motivation was to prove a point against a common view that a gay team could not compete in a predominantly straight league.

In the early years, the club struggled to retain enough regular players to even field a side, but in 2004 gained promotion to their Premier Division, and by 2007 had won their League and League Cup.

More silverware has followed, most notably the club’s ‘greatest glory’ – winning the IGLFA European Cup in 2013.

Someone who has witnessed almost the entire journey is current club chairman and player for 20 years, John Bridges. He’s been chairman on-and-off for about half of his playing career.

“We now coach and train a lot better, and we play at a much higher standard”, he says.

“It’s more international now. So many different nationalities you would not believe. We have around 100 players on the books in total. I think it’s a team that people who, irrespective of whether they’re gay, find very accepting and non-judgemental, so it’s easy to join and get involved. 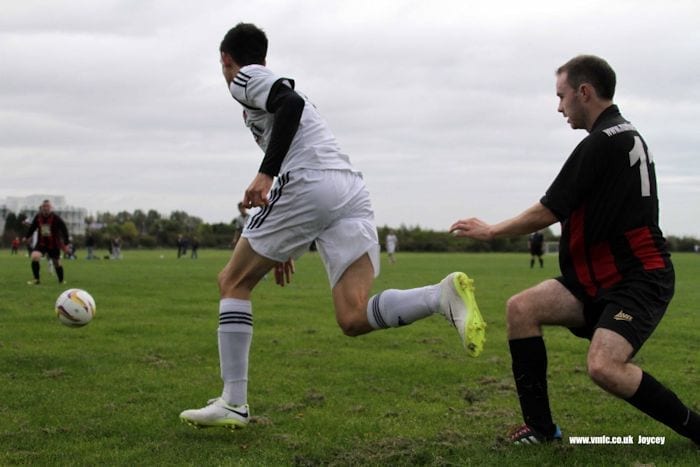 “We had a guy a few years ago who had a big stammer, and he was getting the piss taken out of him at other teams, so he found it easier to play for us, because we didn’t. Well… we did take the piss, but not about that,” he laughs.

“We’ve got gay guys who join because they’re in regular clubs where they still feel uncomfortable,” Steve Joyce, the club’s communications officer and treasurer, elaborates.

“Some clubs might call it banter, but it’s more than that, from some of the stories we’ve heard. There still is homophobia out there, even at grass roots level.

“So some of our gay guys come because they just want to play at a club where they feel completely at ease, no tension and they don’t have to hide who they are. Other times they might just see us on Facebook, or posters up in The Village, and fancy trying it out.”

The inclusivity was clear to see at the beginning of the training session, when coach Jay McNaught led with: “I’m seeing some new guys at training tonight lads. If you see a new face, please do say hello. And if anyone wants to join us in Dublin… we’re going tomorrow! Book a flight, they’re cheap. Or failing that, a ferry!”

The club are off on a trip to Paris next year too, have just come back from Miami, and in recent weeks organised the ‘biggest gay summer football tournament’ there has ever been, where 300 people turned up.

Coach Alex West agrees about the welcoming nature of the club.

“I think it’s a very positive club. It’s football, and I love football, and I think everybody should be able to play it, regardless of who they are. That needs facilities, a culture, and an opportunity like this, for people who wouldn’t feel comfortable going into a big Saturday League Tier 10 club as an openly gay person and being themselves.

“The success this club has had in terms of playing football, actually winning games and even leagues and trophies – that in itself challenges a perception and creates a better culture within football.”

It isn’t just gay lads that play for the club though.

“We’ve got straight guys who come along too, for all kind of reasons,” Steve Joyce explained.

“Probably about 20% of the club is straight. Sometimes they come along because of convenience, but the nicest stories are where they actually accompany their gay mate who may be a bit nervous.

“Sometimes they end up sticking around whilst their gay mate decides it’s not for them, which is great because we want to be an inclusive club. It’s a safe place for gay and bi-guys to play the sport they love, but it’s also a very strongly inclusive club.”

“The interesting thing I’ve always found is that no one in straight football has ever really heard much about gay football,” says Richard, a central midfielder who has played at a number of both ‘straight’ and gay clubs. “There’s still quite a lot of work to do in terms of exposure. There’s still obviously quite a taboo in professional football too.”

But beyond a lack of awareness about gay clubs, there’s also the overt homophobia which still exists.

But Steve stresses that things have improved.

“I think there’s far less homophobia than there used to be 21 years ago when the club was formed, but it does still happen, and there’s a lot of distance to go.

“In my seven years here, we’ve twice complained to Manchester FA, one of which went up to Wembley FA about quite serious homophobia which included violence towards our players. It’s incredibly rare though and some is just banter.

“Once or twice you might hear a slightly homophobic comment from an opponent, then you see the player who said it suddenly realise they shouldn’t have and backtrack fast. But then you get the odd team of idiots who actually gang up on you.

“Sport is doing way better. There’s Football vs Homophobia month, the Rainbow Laces campaign, and top clubs are starting to back these things.

“Manchester City have flown the rainbow flag outside the Etihad stadium, a fantastic show of solidarity in conjunction with Pride. But they get abuse on Facebook from people who think they shouldn’t be promoting the elimination of homophobia, and those people question what it has to do with football. The very fact they’re saying those things proves there’s still homophobia around.

“There are barely any out gay players. By definition, there must be hundreds who are gay. You have to ask why, and we think a lot of that comes from management.”

Sure enough, a report published by the Commons Culture, Media and Sport Committee stated that sport must do more to fight homophobia, and a key factor in this argument was the lack of openly gay professional male players in British football.

“It takes a brave player to come out, but we think clubs and organisations like ourselves have to create an atmosphere where they can come out if they want,” says Steve.

“One of the things we strongly believe is that by a predominantly gay and inclusive team playing football every weekend in otherwise straight leagues, that’s how we do our bit – to show opposition teams that we’re every bit as good as them.”

There’s a really warm feeling of togetherness down at Village Manchester FC and it’s clear that things have gone from strength to strength over the course of their 21 year history.

Perhaps this line on their website sums it all up – ‘We don’t care who you love, as long as you love football!’