A new state-of-the-art Dolby Cinema has opened in Manchester – so what’s it like? 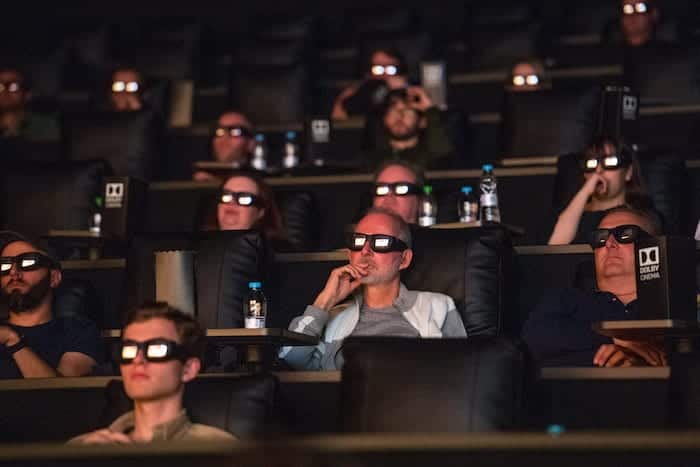 Film enthusiasts and cinema goers are in for a real treat with the opening of a new Dolby Cinema screen today at Odeon Trafford Centre.

The new screen brings the unparalleled technical precision of Dolby Atmos and Dolby Vision to Manchester audiences, offering an immersive cinematic experience that is truly extraordinary.

The Dolby Cinema, which has 164 seats, is only the third of its kind to be opened in the UK, following the launch of the Odeon Luxe Leicester Square in London and Odeon Luxe Thorpe Park in Leeds earlier this year.

The screen is now open to the public, following a successful launch, which was attended by Wythenshawe native and Game of Thrones star John Bradley (pictured below with girlfriend, entertainment reporter Rebecca April May). 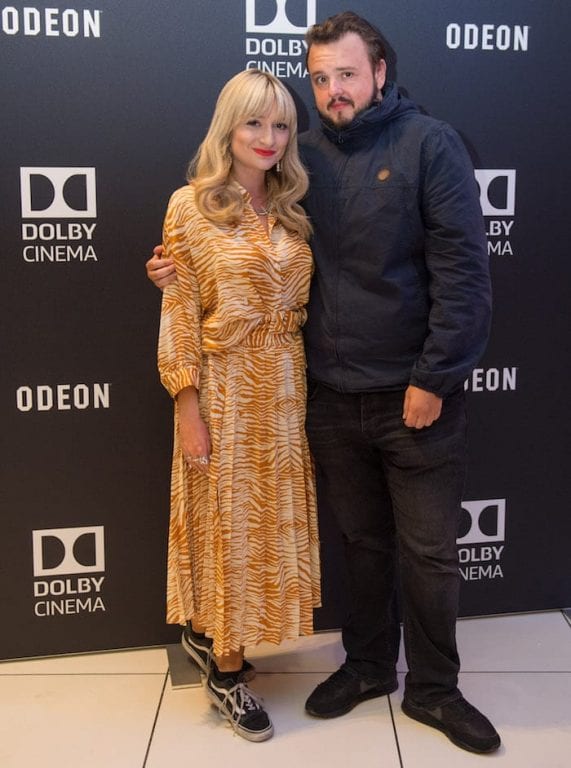 Julian opened the presentation by drawing attention to the room itself, which was almost entirely black, so as to avoid any reflection on the screen.

The presentation included a clip reel of renowned Hollywood directors – including Steven Spielberg, James Cameron and Britain’s own Dexter Fletcher – outlining exactly why Dolby Cinema is their preferred platform for audiences to experience their films.

“Dolby Cinema makes our films just sort of jump out of the film,” expounded Spielberg. “It is so vivid. It’s very, very lifelike. It’s almost like looking through clear glass.”

One clip featured the Live Aid sequence from Bohemian Rhapsody. As Julian explained:

“We try to create the atmosphere like you are there, in Wembley Stadium yourself. At the beginning of the clip, the sound comes from the screen because you see the actors perform on the stage in front of you. Then, all of a sudden, when the sound from the stadium starts rising up, you will feel like you’re part of it.”

That certainly proved to be the case, as we can attest. The wave of sound, as described by Julian, is nothing short of mind-blowing.

A key element of Dolby Vision is the richness of its dark images. As Julian explains, that’s due to a contrast ratio of a million to one, meaning that “the darks, or the blacks, are one million times darker than the whites.”

“This is unheard of,” Julian explains, “because previously, if you would look at a white dot on a black screen, you would see a contrast ratio of roughly 2,000 to one, meaning that the blacks are 2,000 times darker than the whites. That means the contrast ratio has been improved by 500 times.”

The screen’s dark images were showcased with another clip, this time the trailer for Frozen II, which features Elsa on a beach made of black pebbles. “I can guarantee,” says Julian, “that the details of those black pebbles, you cannot see them on any other screen.”

Once again, we can attest to the truth of that claim, and it gave us newfound respect for the animators of Frozen II, who really have put in details to each black pebble on that beach. 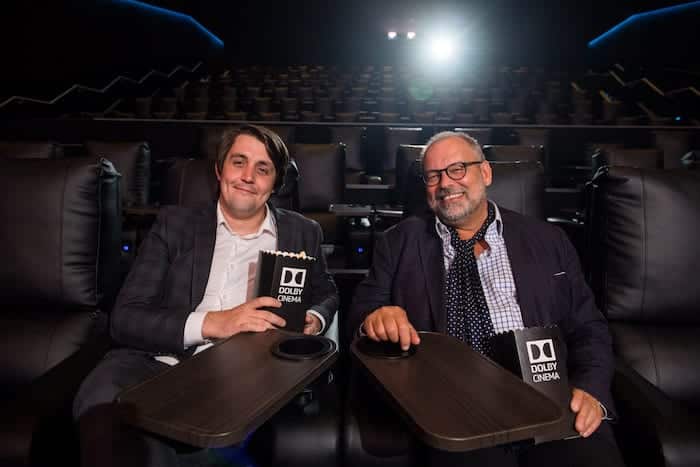 The piece de resistance of the launch was a special preview screening of James Gray’s Ad Astra, starring Brad Pitt as an astronaut who undertakes a mission into deep space in the hopes of finding his father (Tommy Lee Jones).

The film turned out to be the perfect showcase for the new Dolby Cinema screen. We were blown away by the enveloping blackness of the space sequences and the simply extraordinary sound quality.

In fact, it has to be said, if you are planning on seeing Ad Astra when it opens on 18th September, then you owe it to yourself to see it on the Dolby Cinema screen, as the experience is simply jaw-dropping.

And as if the spectacular sound and images weren’t enough of a draw, the Dolby Cinema screen is perfectly shaped (we recommend the middle of the middle row) and comes equipped with the most comfortable cinema seats we’ve ever experienced.

How fancy are they? They have four recliner buttons on each seat, that’s how fancy.

So, when the Dolby Cinema people say the new screen represents an immersive experience of unparalleled luxury, take it from us, they’re not kidding.