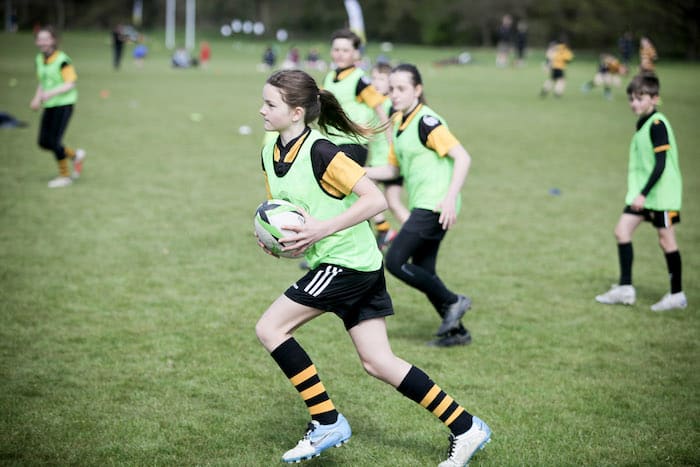 Without the creation of an under 13 side, Toc H girls would have to change clubs if they wanted to continue playing rugby
Share
Tweet
Share
Chat

Women’s rugby is enjoying something of an explosion in popularity having seen unprecedented growth in recent years.

Not so long ago you wouldn’t find any women’s rugby on television; now entire tournaments are broadcast.

Put simply, it is one of the fastest growing sports in the country.

But there’s a problem. Despite the success of the women’s game, girls’ rugby at secondary school age is not nearly as healthy.

What makes the situation particularly sad is that many girls thrive in mixed mini rugby, played by both girls and boys up to the age of eleven, but then it stops.

It’s easy for boys to continue their rugby development, but for girls there is something of a void between mixed mini rugby and ladies’ level.

It’s a situation that PE teacher Eve Murphy is looking to change.

Her daughter plays mixed mini rugby for Didsbury Toc H Rugby Club, and has done since she was five, but that was going to end when she and the two other girls in the team go to secondary school.

In the past they would have had to find new clubs and there are very few of those about.

“They can only play mixed up to under-eleven age, so essentially primary school,” says Eve.

“When they reach secondary school age, we have enough boys for Toc H to continue with age-group boys’ rugby, but we don’t have enough girls to do the same.

“It’s such a shame because Toc H has been something of a trailblazer in that we have a really strong and successful women’s team, but there’s that gap in the middle where there’s nothing for our girls.

“That was the thinking behind this new team. It just seemed really sad, not only for the girls in the U11 mixed team at the moment, but for all those girls coming through.

“We really want that pathway through, right up to the ladies’ side.”

Eve took the idea to Toc H Secretary Arthur Crabtree, who agreed the time was right to move the girls’ game forward.

“With our girls,” he says, “they have reached that stage where they are going to have to move club if they want to carry on playing.

“So when Eve came to me, I thought it was a good time, in view of the three girls who will soon be leaving our mixed grade, to have an U13s so that they don’t have to stop.

“When you look at the fact that six or seven years ago Toc H was the first club in our immediate area to have a ladies’ team, and now there are four or five within five miles, it’s obvious that the next thing we needed to do was build girls’ teams throughout the secondary school ages.

Furnished with a grant from GreaterSport, a Manchester-based active health charity, and after months of work, Toc H is to have a girls’ under-thirteen team come September.

As part of the process, the club is developing relationships with local schools.

One key issue is to help girls who are interested, but are perhaps not brave enough to go down to their local club.

Toc H’s approach is to have rugby taster sessions, ideally during school time, so that girls who may want to play rugby can gain the confidence to do so. 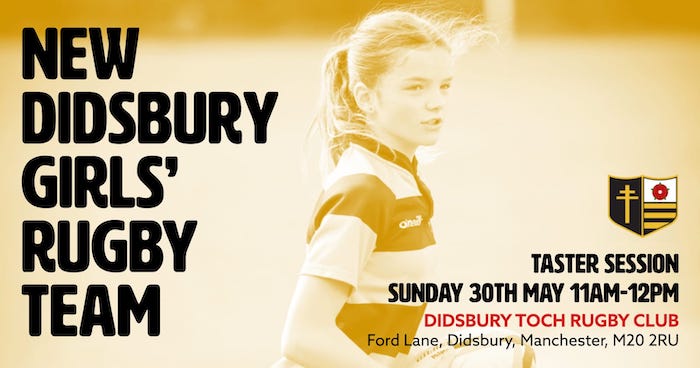 There will also be ‘rugby ambassadors’ in the schools, where a girl will wear an ambassador hoodie and have their picture on the school noticeboard, so as to be a visible presence.

All of this is aimed at facilitating sport for girls, but for Eve, there are still barriers to overcome.

“The fact is there is this huge drop off in girls’ sport when they go to high school and hit those teenage years.

“It is so important to offer opportunities for girls, but it’s also important to make sure it’s done in a safe environment where they don’t feel judged.

“And it doesn’t have to be competitive either; at this stage it is more about friendship and about belonging.

“It is about being healthy and active and having fun, and it is about building the girls’ confidence and skill levels, with those teammates around them, and being a part of something.” 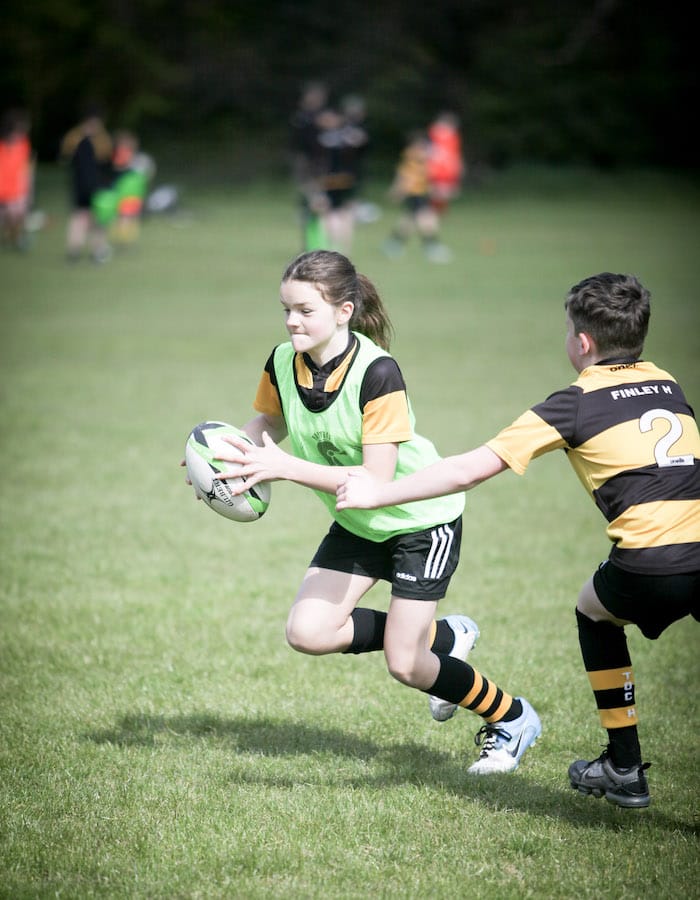 The grant has also made it possible for professional coaches to help develop the girls’ game in the area.

She is also the Sharks’ schools and community rugby coach and will be taking part in some of the taster sessions held at the schools, as well as at Didsbury Toc H Rugby Club itself.

“India will be going into schools initially,” Eve says, “to work some kind of entry level fun sessions.

“The idea is that they will do that in their school environment where they feel comfortable and confident.

“For girls that have never played before it doesn’t matter; it is simply about coming down to the club, having a go and getting them used to the environment.

“There is no pressure to come back but we hope they have fun and find something new that they might want to carry on doing.

“This is about looking at things differently.”

Toc H is hosting three taster sessions for girls aged ten to fourteen, although those aged four and above are also welcome. The first of the sessions takes place from 11am to 12pm on Sunday 30th May at Ford Lane, Didsbury, M20 2RU. Further sessions will take place on the last Sunday of June and July with a view to start training for the U13s girls’ team in September.