Fancy Faro? Return flights on offer from as little as £30pp from Manchester Airport this month

Traditionally, October is a great time to catch the last of the summer sun at an affordable price. Manchester Airport served 2.5 million passengers in October 2019 and demand at the Northern hub is recovering strongly as the last of Europe’s pandemic-related travel restrictions are loosened.

With more than 40 airlines operating from Manchester, flying to more than 110 destinations, people living in the Northern hub’s catchment area have unrivalled choice. That also means there are bargains to be had all year round.

A huge variety of locations served from Manchester can still be reached for under £100 per person return over the next month.

Here, we profile 10 destinations you can get to from Manchester on a budget and share airlines’ top tips for reducing spend on your next trip away.

This historic Mediterranean port offers sunshine, four waterparks and a five-mile-long beach, with temperatures regularly reaching the mid-twenties Celsius, even in the Autumn months. Santa Barbara Castle towers over the city and offers incredible views of the Costa Blanca. 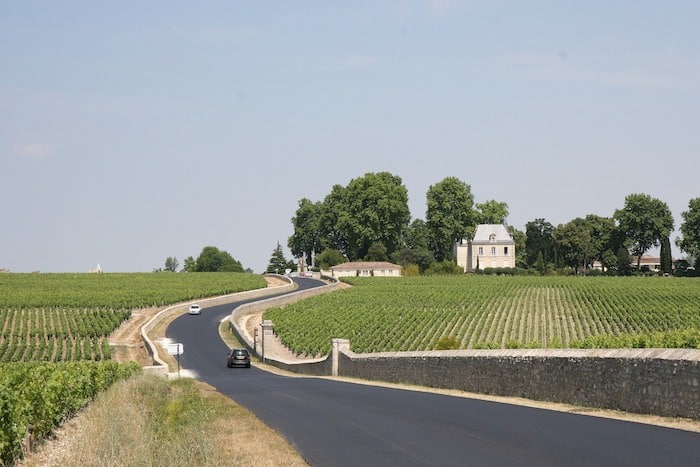 Bordeaux wines are reputed worldwide and the early Autumn is harvesting season, so October is a great time to visit, but the beautiful countryside surrounding the city and fabulous beaches and sand dunes under an hour’s journey away are often overlooked. The breath-taking Dune du Pilat, near Arcachon, is ringed by family-friendly campsites.

Your family could get away to Bordeaux for four nights during the October Half Term with flights at just £78pp return, flying Ryanair from Manchester from 26-30 October. easyJet also serves Bordeaux. 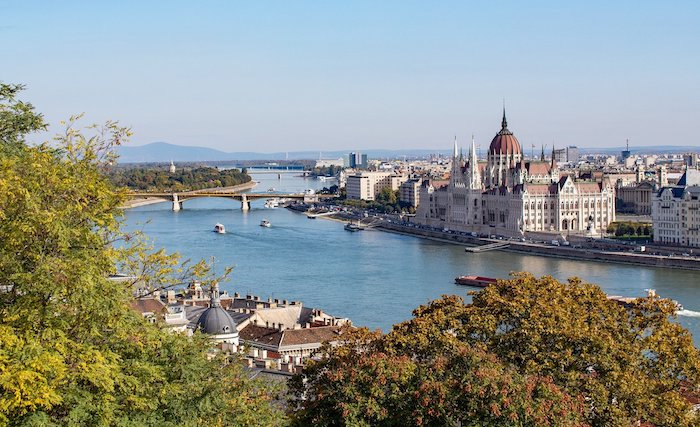 Split in two by the Danube, this city’s nightlife is the biggest draw for visitors but cultural highlights include natural thermal baths, Buda Castle and the striking Basilica of St Stephen. 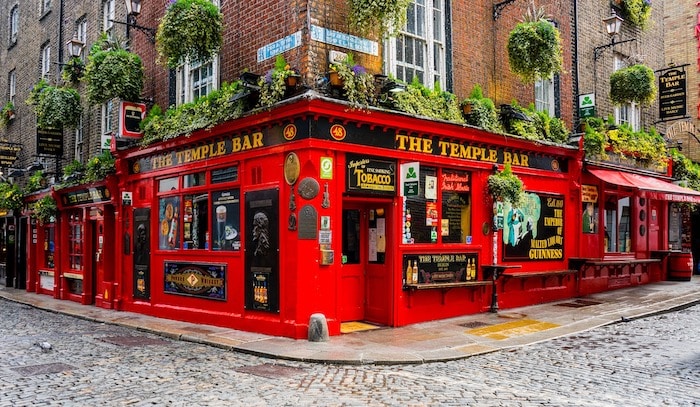 There may not be much late summer sun on offer in Dublin, but Ireland’s capital offers much more besides. Temple Bar is the city’s beating heart with some of Europe’s best spots to eat and drink, whilst for lovers of the great outdoors, the Wicklow Mountains to the south of the city are a splendid setting for Autumn walks.

Escape to Dublin with Irish carrier Ryanair from only £32pp return, between 24-31 October. You can also fly from Manchester to Dublin with Aer Lingus.

Portugal’s Algarve typically enjoys temperatures in the low twenties throughout October, and its white sandy beaches are not the only draw. Faro boasts a quaint and characterful Old Town with cobbled streets, a 13th Century Cathedral and an attractive marina, dotted with restaurants and bars.

Tui will fly you from Manchester to Faro from just £93pp return from 9-20 October. easyJet, Jet2.com and Ryanair also serve this route. 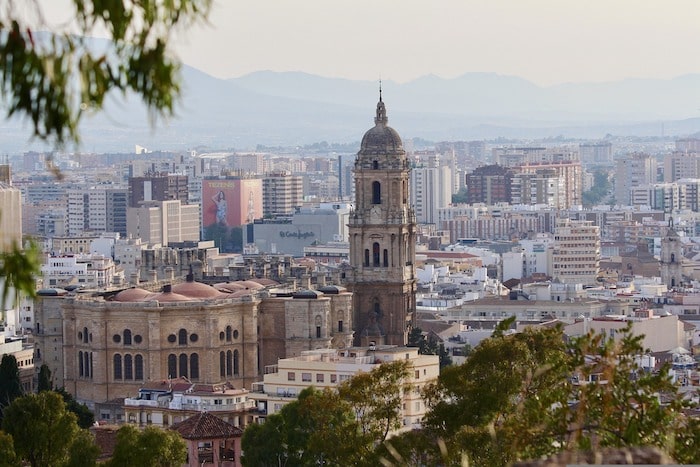 At the southern tip of Spain, Malaga is a well-established favourite for sunseekers. In addition to its beaches and nightlife, visitors can take in the Picasso Museum (the artist was born in Malaga), the millennia-old Roman Amphitheatre and gorge on tapas and street food.

Enjoy a 7-night break in Malaga with Tui from 13-20 October, with flights from Manchester available from £87pp return. Alternatively, fly with Ryanair from £84.98pp return between 19 October – 5 November. Jet2.com and easyJet also operate this route. 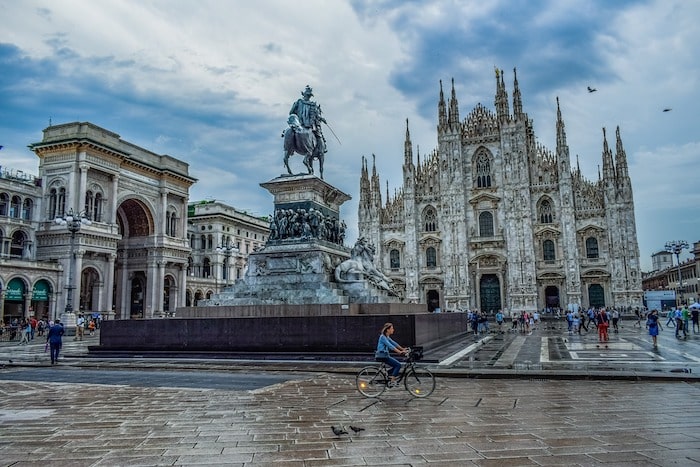 Known globally for football and fashion, Milan is also the home of da Vinci’s ‘The Last Supper’, some of the continent’s most impressive architecture, and is a gateway to the Italian lakes.

Ryanair will take you to Milan Bergamo from Manchester from 17-24 October for only £58pp return. easyJet and Ryanair also serve Milan Malpensa from Manchester. 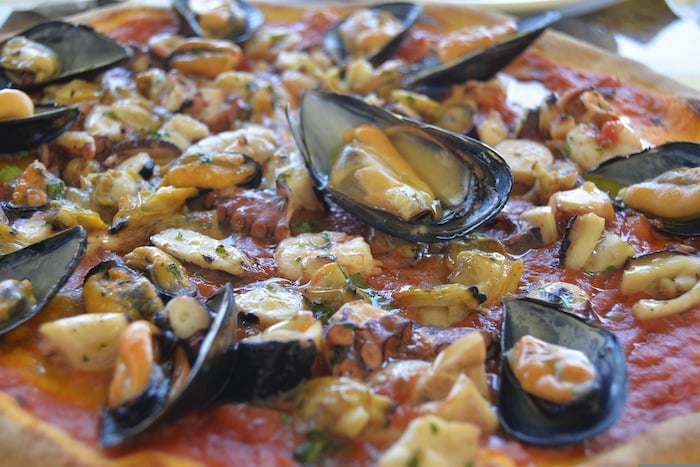 Pescara is a great spot to make the most of the late summer sun. Temperatures regularly top 20C even into late October, and its wide sandy beaches stretch over 10 miles of the Adriatic coastline. The city is the largest in Italy’s Abruzzo region and is famous for offering some of the country’s best seafood.

Flights to Pescara with Ryanair start from £30pp return from Manchester, travelling between 16-23 October. 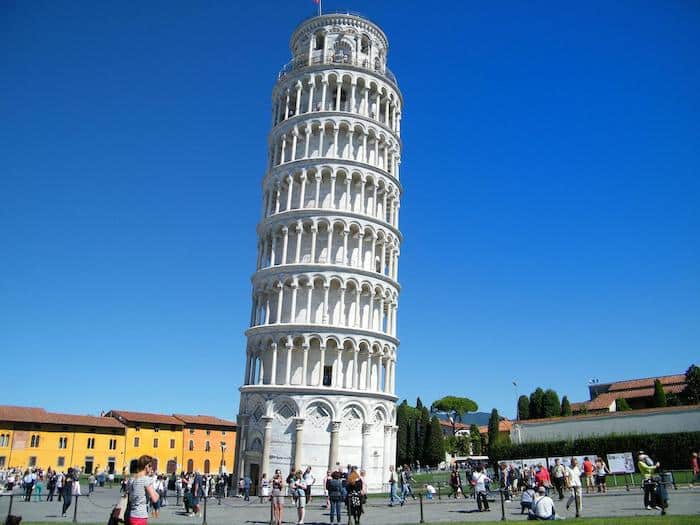 A cultural gem that needs little introduction, Pisa is much more than a leaning tower – it makes a great base to explore what Tuscany has to offer. Florence is just over an hour away by train, the Chianti wine region lies just to the south-east and the spa resort of Montecatini Terme, a favourite retreat of Audrey Hepburn, is under 30 miles away. Marina di Pisa, a short bus ride from the city centre, has a pebble beach, and the Tuscan sun is still bright in October. 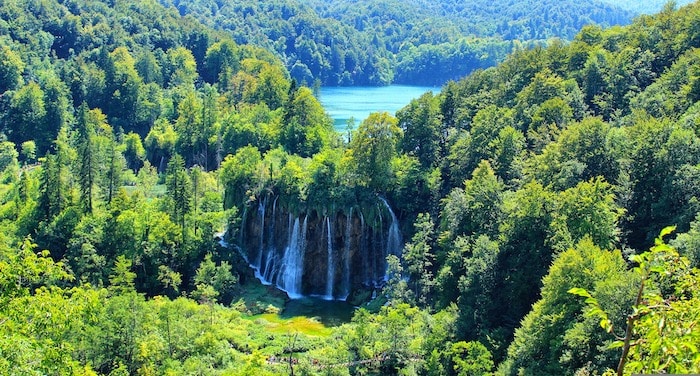 Perhaps something of a wildcard option, the Croatian capital is not as familiar to travellers as the seafront vistas of Dubrovnik but it offers temperatures in the low 20s during October, and boasts a vibrant café culture and arts scene. The stunning Plitvice Lakes National Park, dominated by huge limestone waterfalls, makes for a great day trip.

Enjoy a city break in Zagreb with flights from just £30pp with Ryanair from Manchester, travelling 16-20 October.

For those travelling on a budget, Tui’s ‘The How to Book, Book’ offers some useful advice on how to get the most from your money when travelling abroad, with tips on when to book, how to spread your holiday cost and securing the best deal available.

Jet2holidays has recently launched a new campaign called ‘Holiday Saving Experts’, offering holidaymakers a huge range of advice and tips from different colleagues from across the business on how to make their money go as far as possible.

**All prices accurate at time of publication. Prices quoted do not include checked baggage. Please contact the relevant airline for further information.