Manchester mourns the loss of two iconic music venues – is this the end for them? 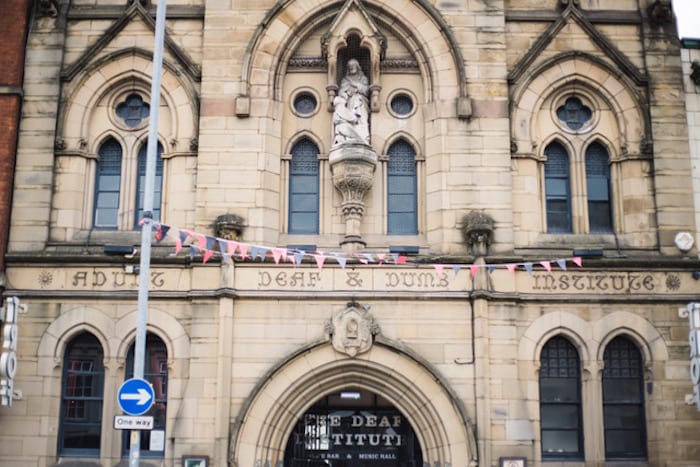 It was announced yesterday that two of Manchester’s most loved music venues would be closing their doors for good.

The Deaf Institute on Grosvenor Street and Gorilla on Whitworth Street have unfortunately both fallen victim to the effects of the coronavirus pandemic, and are both unable to reopen.

This news came as a shock to so many Mancunians who have spent numerous hours standing next to the Deaf Institute’s iconic sound system and in Gorilla’s darker-than-average gig space.

Taking to Twitter, local legends New Order wrote that it is “Very sad news for Manchester and music”, while The Charlatans frontman Tim Burgess called the spaces as the “lifeblood” of the city’s venue network.

Housed in a historic Manchester building originally built in 1878 as The Deaf Institute, the building was derelict when the current owners got their hands on it over a decade ago.

Since then, it’s played host to bands and performers from all over the world.

The Deaf Institute has seen a solid procession of world class talent on its humble little stage over the years, with some of today’s biggest names in music gracing its stage in the early stages of their career.

The likes of Johnny Marr, Florence and the Machine and The 1975 all played gigs there in the early years, and many will remember the iconic comeback gig from Britpop legend, Jarvis Cocker in 2018.

There isn’t a music genre this venue hasn’t seen. Jazz, pop, rock – you name it, The Deaf Institute has seen it. But it’s not just the talent which makes this venue so iconic.

Anyone who has been to the Deaf Institute will recognise its vibrant decor. Spending the evening dancing underneath its huge mirror ball and domed ceiling, next to its velvet curtains and curious parrot wallpaper is almost an initiation into live music in Manchester. This is an institution in its own right.

The small nature of this venue means a trip to the toilet or the bar is almost impossible, but that’s not why you’re here. It’s the music. It’s that sound system. It’s the friendships you’ll make as you’re pressed up against one of the venue’s four walls.

Although Gorilla arrived a little later to the Manchster music scene in 2012, it certainly hasn’t fallen short when it comes to huge names and memorable moments on its stage.

Set within a railway arch, this cool, two storey, glass fronted bar, kitchen, gin parlour and 600 capacity gig venue is like no other in the city. 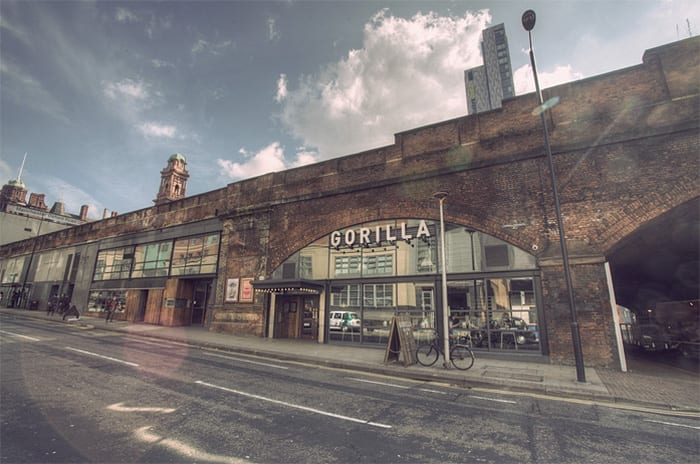 Though there are no parrots on the wall or domed ceilings to ogle at after one too many pints, it’s the atmosphere that’s electric here. The moderately sized, low stage, makes for a gig experience like few others.

Gigs at Gorilla are intimate. You feel like you could be in Kylie’s living room, or Frank Turner’s kitchen.

There’s a personable feeling between act and audience at Gorilla, and that’s what makes it so special. It’s hot, it’s sweaty, and it’s everything a live music venue should be.

With venues across the country struggling to see a light at the end of the tunnel, Gorilla and the Deaf Institute were two venues amongst many to join the #LetTheMusicPlay campaign, which was created by industry leaders in the music business to highlight the importance of the sector to the UK’s economy.

Manchester Mayor Andy Burnham has vowed to fight for the venues to remain open.

“Anyone who knows me knows that I love these two places. Please be assured that I will be working with @Sacha_Lord on this and we will both be doing everything we possibly can to save them as live music venues going forward,” he posted on Twitter.

Sacha Lord tweeted a ray of hope just this morning: “There is hope. Over night I have received interest from potential buyers. This morning I have written to Mission Mars asking them to share with me the sale details. Further updates will follow.”

We can only hope that other music venues across the city manage to recover from this, and that this isn’t the true end for our much-loved Gorilla and the Deaf Institute.