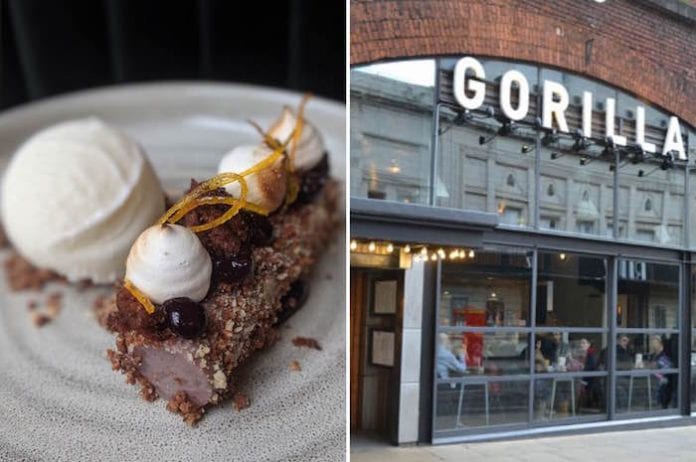 Whitworth Street hangout Gorilla is getting into the supper club game with new concept In Yer Mouth.

They’ve planned seven events in total, all of which look set to have their own distinct theme. And the first kicks off tomorrow night with a distinct northern slant.

We’ve had a peek at the menu and it’s about as northern as it gets. Think chip naans, Grimsby tea and toast, Eccles cakes, treacle tart, cheese and onion pie, and chips, peas and gravy. Mint.

But whilst all the dishes sound familiar, the kitchen team will be giving them their own twist. 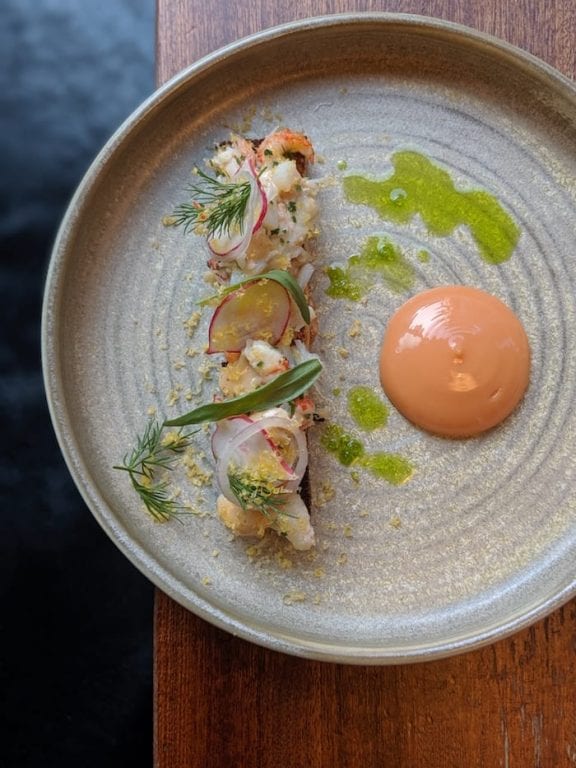 The Grimsby Tea and Toast (above) will showcase fresh crab meat with crayfish on brioche with radish and micro herbs, a grapefruit emulsion and intriguing-sounding crab tea.

The chip naan promises a mix of Bombay potato with Lancashire cheddar and burnt onion in a charred charcoal flatbread.

And the treacle tart isn’t exactly as you might expect, either. There’s no pastry to be found here.

Tomorrow’s guests are promised a veritable feast of six courses and six belting boozy pairings from Seven Brothers brewery and 4 Sisters distillery – and it’ll only set you back £35pp.