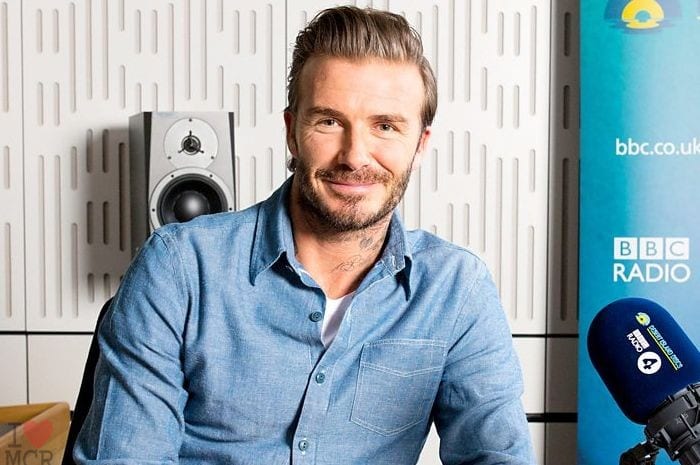 The long running programme’s format may be simple – a guest is invited to choose the eight records they would take with them to a desert island and chats to Kirsty Young about their lives – but it’s often revealing.

Beckham talks about the sacrifices his parents made for him as a talented schoolboy and how he cried with joy when his mother told him a United scout had been watching him play.

He talks about the highs and lows of his life and career like the goal from the half-way line against Wimbledon in 1996 that changed his career, and the terrible time he endured after he was sent off against Argentina in the 1998 World Cup.

Reminiscing about 90s Manchester, he says he only managed to go to the Hacienda once as Sir Alex Ferguson would keep a strict eye on his young players.

He says certain songs remind him of Manchester and that the disc he chooses, I Am The Resurrection by The Stone Roses – “one of my favourite bands of all time” – is one of them.

He talks about his relationship with Sir Alex, with whom he famously had a bust-up but is now reconciled. He says that the crux of the problem with Sir Alex was the fact that “there were certain decisions I made then that were wrong decisions. I can see why the manager got so frustrated.”

He says there were many misconceptions about his life during that time. People thought he was living in London with Victoria and driving to Manchester to train, which wasn’t the case.

The low point happened after a defeat to Arsenal. Sir Alex blamed him for two of the goals, Beckham argued with him, and Sir Alex kicked a pile of clothes at him. A boot hit him in the face, cutting his eyebrow. “It was a freak accident.”

He had heard rumours that season that the club wanted to sell him, and was on holiday in the USA when a friend called to tell him he had seen on TV that he was being sold to Barcelona. He decided that if he was being sold he wanted to move to Real Madrid.

Beckham says he would never have left United, and was so devastated when he was sold that he couldn’t watch them play for three years.

Book
On Fire by Francis Mallmann