Overlooking Piccadilly Basin, Ducie Street Warehouse is the latest of the city’s heritage buildings to take on a new purpose.

The vast building will house three independent businesses: a design led apartment hotel by Native, boutique fitness studio Blok, and Cultureplex. The model is unlike traditional hotel developments as it will be run by three separate specialists independently of each other.

As well as featuring Bistrotheque, a new restaurant from Pablo Flack and David Waddington due to open next month, Cultureplex includes a lounge, coffee counter Klatch, events spaces with outdoor terraces and a boutique cinema.

So what’s it like? We caught up with Pablo and David to have a sneak peek inside and find out more. 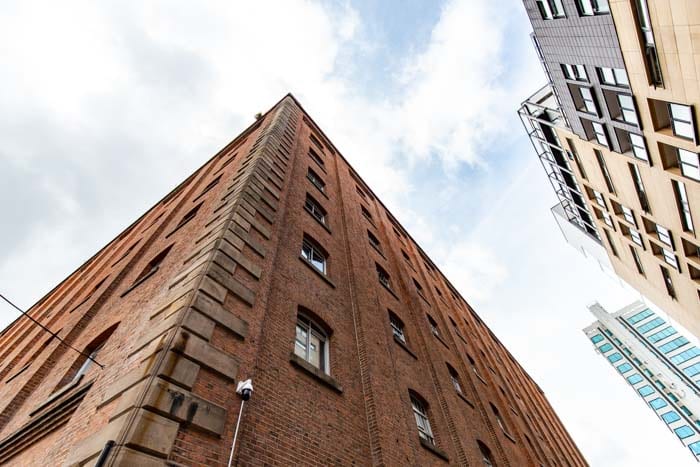 Coffee space Klatch, open from 7am on weekdays, is a modern but laid-back space offering casual all-day dining. There are healthy options alongside toasties and cakes, Manchester and UK beers on tap, and natural wines.

And between 4pm and 5.30pm Klatch will host what they’re calling ‘afternoon delight’, a thoroughly modern take on afternoon tea.

“We’ll have fresh savoury and sweet scones from the oven, cakes and biscuits,” explains Pablo.

“And we’ll play a full album every afternoon, too. We’re starting with Frankie Goes to Hollywood’s Welcome to the Pleasuredome.”

They’re describing the space as a “hangout,” and it’s all very laid back. But there is one rule.

“No laptops after 5.30pm and at weekends,” laughs Pablo. “That’s off time. Laptops away, gin out.” 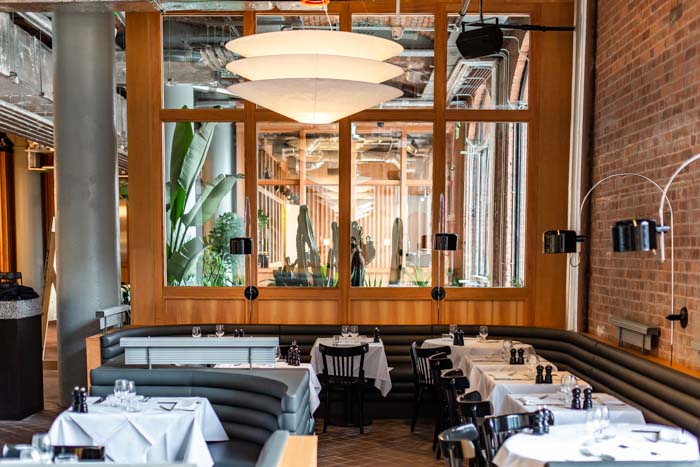 The Bistrotheque dining room is an elegant space for dinner, with lots of cool grey banquette seating, perfect for a bit of people-watching. There will also be an outside terrace from early next year with umbrellas and heating.

The menu includes steak tartare, roast chicken and fish and chips, all Bistrotheque staples from their London menu, but there will be some dishes unique to Manchester, too.

Manchester dishes include starters of cured duck breast salad and a goats cheese dish with truffle and honey, with mains such as sea trout with miso and confit tomatoes and a potato and Comté cheese pie. 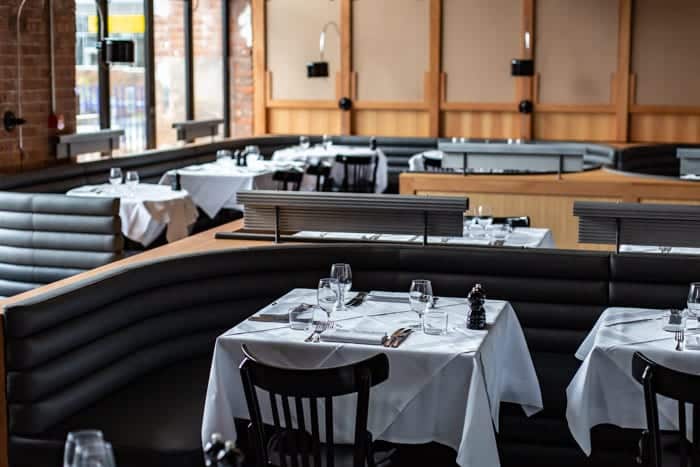 Brunch will be served at weekends from 11am-4pm. Dishes will include homemade baked beans on toast and smoked potato hash, with the option to add on additional extras such as a bacon chop or smoked salmon.

In terms of staff, recruitment has been largely local. Pablo and David are confident about the team of 40-50 they have so far assembled.

“There’s so much talent in the north west,” says David. 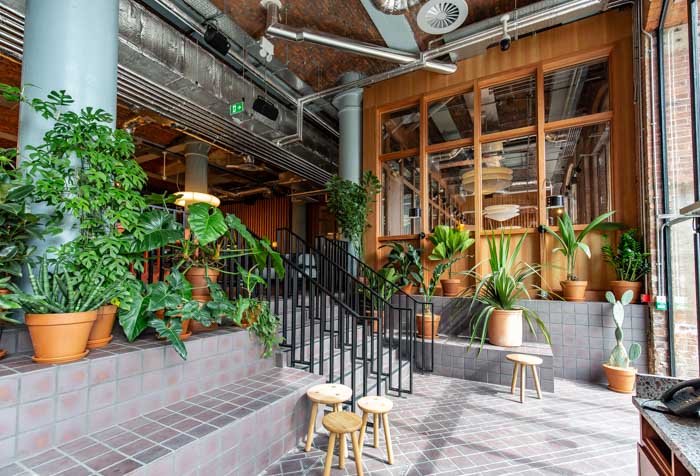 There’s also events spaces suitable for drinks or conferences, as well as a 38-seat boutique cinema room with reclining seats.

The film programme is being co-curated by Jason Wood at HOME, and will show mainly arthouse and indie films.

It’s an ambitious project in a striking space. But why did the pair choose Manchester for their first opening outside London?

“It’s really a no-brainer,” says Pablo. “It’s the only other place that really feels like a proper city. Manchester feels way ahead of everywhere else at the moment.”

And the new venue is definitely about looking forward rather than backwards.

“I had a particularly mis-spent youth in the Hacienda, but you can’t keep referencing that,” laughs Pablo.

“There’s a really interesting food and drink scene that’s flourishing right now in the city and there’s just so much going on in Manchester.”

“We can’t wait to open up and have everyone in!”

A soft launch period will run from September 3rd – 8th ahead of the official opening mid-September, with 50% off. To book, sign up to the Cultureplex mailing list. 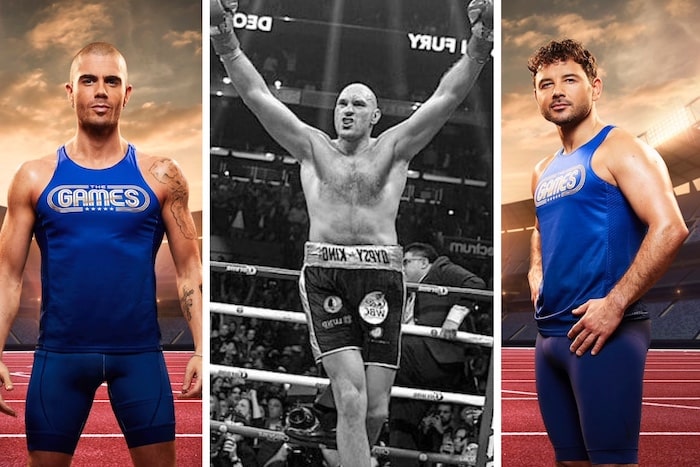