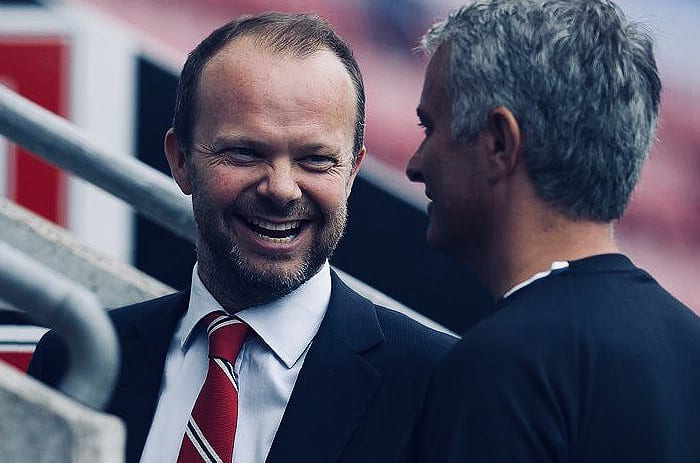 It felt good to close a difficult week for all concerned with a comfortable win at Burnley. In all honesty, it could and should have been more than 2-0.

There were positives all over the pitch for the manager and fans alike. Even Ed Woodward will have been happy with this display. Less so the plane before kick-off. But you can’t have it all, Ed.

Mourinho went for pragmatism after getting it wrong with Herrera in the back three in the loss to Spurs. Good old dependable Marouane Fellaini was back in the starting line-up. There aren’t many United fans who see the Belgian in those terms, but he’s always been one of Jose’s go-to men.

He was bought by Moyes and he isn’t really a United player, but you can understand why Mourinho selected him for what would be a tough fight away at Burnley.

The manager would have had little trust in his other major team selection, with Victor Lindelöf starting at centre half. This is exactly the type of away encounter the calamity-prone Swede seems to grace with his own unique brand of bizarre defending.

Fortunately for everyone concerned, he showed the form he exhibits for Sweden, and at times you could see why we signed him. There are bigger tests to come for Lindelöf, but hopefully he can put the mistakes behind him and finally settle at the club.

The biggest positives came down United’s left flank. Luke Shaw continued his fine start to the season and Alexis Sanchez finally realised he needs to pass to his own teammates – a cause for celebration all round.

In all seriousness though, Sanchez showed the movement and tenacity that made him seem such an important signing last January. Most notably, he looked to be building a true understanding up front with Romelu Lukaku.

A little hissy fit when being substituted is all good. It shows he actually cares.

Seeing Shaw start to defend a little more solidly and add a touch of end product to his forays down the left hand side will have pleased all United fans. We’ve always wanted him to be our left back for the foreseeable future and hopefully he now has the chance to do it.

I’ve always felt that Shaw has struggled without having someone in front of him with whom he has a good understanding. Anthony Martial is too unpredictable and doesn’t seem to have enough of a football brain to do it. Mata offers no protection if playing out wide.

Hopefully, Sanchez can lift his own performances and continue to boost Shaw’s, too.

Shaw was flying before his horrific injury. This was in no small part to his partnership with Memphis Depay in front of him. It’s probably not a popular view among United fans, but the two linked up extremely well on and off the pitch.

Once Shaw was injured, Depay completely lost his form. Once Shaw came back, he never felt the same level of understanding again. Fingers crossed he now has it.

The unpredictability of Pogba is still a concern, as is having Chris Smalling in the team. Marcus Rashford was stupid to get sent off, and we definitely need to be more clinical in front of goal. But this was certainly a step in the right direction.

Ed Woodward shakes his head. Ed let me tell you something. You don't need to shake your head you money grabbing Glazer pocket lining idiot. Do all Manchester United fans a favour and LEAVE Manchester United and take the Glazers with you. You're not fit for purpose. #MUFC pic.twitter.com/qoRbSrYtbq

The fans and manager were united in their loathing for Ed Woodward and pleasure at the performance.

Anyone who thinks Mourinho’s post-match comments were a show of solidarity with Woodward is pretty naïve. This was two fingers up and a reference to the chief executive’s interference in football matters and not trusting his manager’s judgement in the transfer market.

While the performance was there, the cracks in the hierarchy of the club still remain. This one definitely has legs and will probably run for the rest of the season.