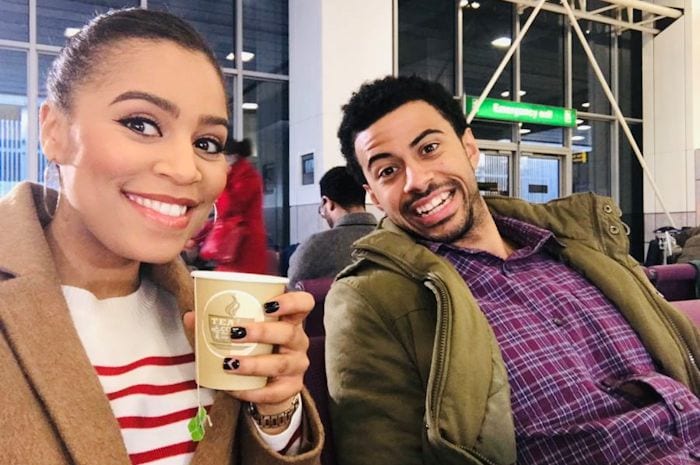 Corrie fans will probably remember Tisha Merry and Dean Fagan as on-screen siblings Steph and Luke Britton. In a dramatic twist, Luke was killed off, with Steph making a short return to the cobbles having previously left to attend her brother’s funeral.

It’s been two years since they last worked together. Now the former Corrie co-stars are embarking on a completely different project.

Each episode of the podcast is based on a topic relevant to both Tisha and Dean’s own lives.

“The response has been crazy,” says Tisha. “Not only have we got listeners in the UK, but we’ve had people from all over the world listening in – loads of really random listeners that we didn’t expect at all.

“Most of our listeners actually aren’t big Corrie fans. We obviously have some who are, but the majority of listeners are frequent podcast listeners.”

It all started when Dean, who hosts a regular radio show which he records himself and sends out to stations around Greater Manchester, invited Tisha into the studio – and it wasn’t long before the pair realised they had a knack for presenting together. 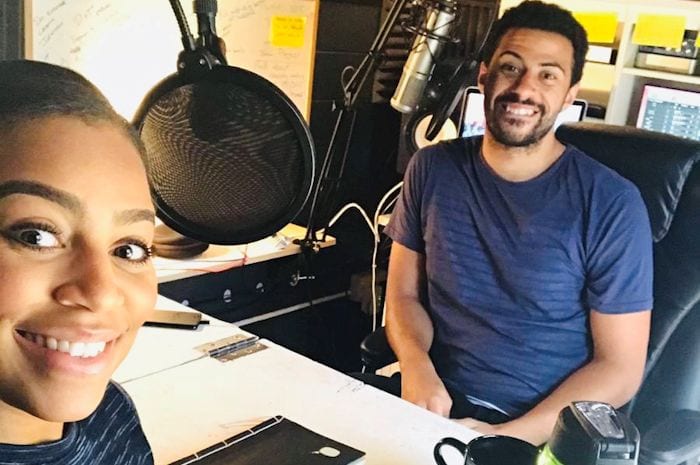 “I asked Tisha if she’d like to come on for a chat,” Dean told us. “And we realised quite quickly that both of us really worked well together.

“That was our first step in launching The Drop Inn. It got to 45 minutes in and we just weren’t done talking, we had so much more to say. I think that’s when we realised this could actually be something that works really well.”

Tisha told us that the reason why the two of them work so well together is because they offer two completely different perspectives on life.

“The podcast topics branch off from what we’re getting up to in our daily lives. Things that we’re going through, our daily struggles or problems. We have two completely different perspectives so it’s an interesting dynamic.

“We were both having trouble sleeping and we came up with the idea of an episode based around how to recharge yourself and different ways to cope through difficult times. It’s everyday life problems that everybody will face at some point.”

When the pair welcomed award-winning fellow Corrie star Lucy Fallon on to the show recently, lots of young girls wrote in sharing their body confidence issues. 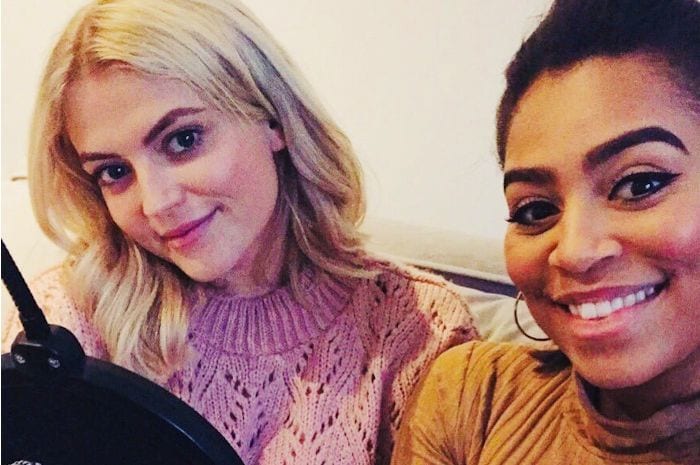 “It’s great to have someone like Lucy who thousands of young girls look up to and hopefully we can get that with our future guests too,” says Tisha.

“2019 is all about our guests. Sair Khan who recently took part in I’m A Celeb will be joining us this year, and we’ve got a long list of guests who really want to come on the show – we’ve even had people writing in saying they’d love to come on too.”

Dean told us that their next goal is to land some sponsors for the show – and to take the podcast on tour around the UK.

“We’re currently working on getting some sponsors and we just want to ramp it up to the next level.

“Our subscribers and listeners are super loyal and we’ve built up a great fan base so far – the dream would be to take it out of Manchester and tour with it definitely. Nothing’s more real than talking to people in real life. That would be awesome.”

With their new venture, it seems Tisha and Dean are just happy being themselves for a change.

“When you’re in a job as an actor, you represent a brand,” says Tisha. “Whether it’s ITV, ABC or whatever, you constantly have to filter everything that you say and make sure you’re keeping in line with what your employer expects of you.

“But with the podcast, it’s our thing. It’s entirely up to us what we talk about and where we go with things. It’s not filtered like when you appear on This Morning and you have to be careful what you say. It’s empowering to just be ourselves – not playing a character – and choosing what we want to talk about.

“It’s called The Drop Inn as we’re welcoming people to join us. Anyone can turn up, there’s spaces for everyone. We want people to just drop in to the podcast, have a listen to what we’re doing and what we’re going through and be able to relate to it.”