It doesn’t seem too long ago that Czech beer tanks were everywhere.

For a time, the promise of fresh and unpasteurised beer arriving straight from the brewery within a matter of days was just too good to refuse, carbon footprint notwithstanding.

Tankovnas have long been a bar staple of the Czech Republic, with hundreds of bars receiving fresh beer within hours of it leaving the brewery.

But when we realised we could have them here in Manchester, everyone from Alberts Schloss to Manchester Smokehouse and The Oast House rushed to jump on the bandwagon.

These beer tanks soon became shiny status symbols as Manchester’s obsession with the Czech tanks grew. By 2016, the iNews estimated we had got through 343,000 pints of the stuff. 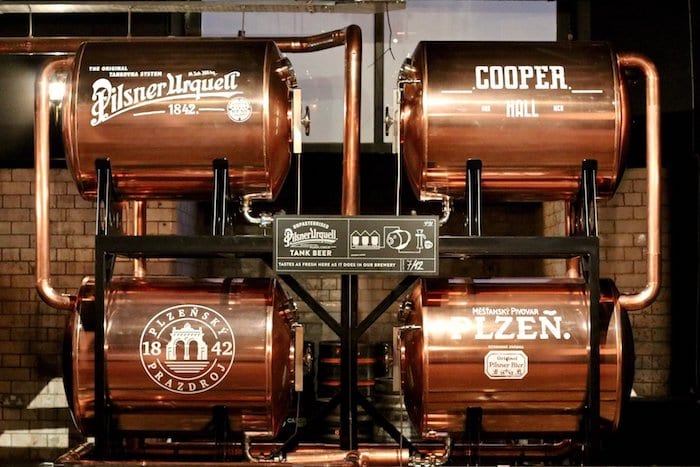 But now it seems the tide is turning, with locally brewed beer edging out the competition to become the favourite once again.

Leading the way is Northern Quarter bar Cooper Hall, one of the original champions of tanked Czech beer in Manchester, which has just announced it is making the switch from Pilsner Urquell to locally-brewed Mancunian lager Manchester Union instead.

In these climate-conscious times, it’s certainly a much better choice for our carbon footprint. 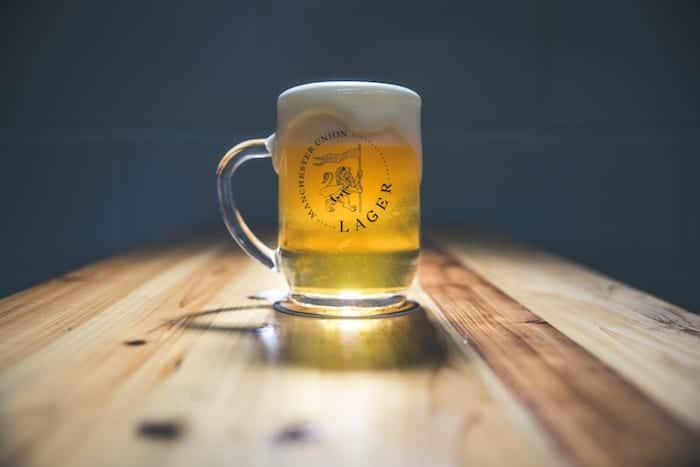 Their tanks of Pilsner Urquell would arrive fresh to the Northern Quarter from the Plzen brewery within two to three days, travelling nearly 1,000 miles before trickling its way down into an English pint glass.

By contrast, Manchester Union lager is brewed just one mile away in Ardwick – 999 miles closer to home.

“I recently got to try Manchester Union lager at a bar launch and was blown away by not only the taste but the techniques they adopted,” said Cooper Hall owner Simon Ching.

“They brew in a similar way to Pilsner Urquell and because the beer is brewed one mile away instead of nearly 1,000 miles away it’s the freshest lager we could hope to deliver to our customers”

Manchester Union Lager, which launched earlier this year, is the only dedicated craft lager brewery in the city. It uses a rare decoction mash technique, also utilised in traditional Czech breweries, to produce its bold flavours and mouthfeel.

The new brewery has also just been nominated for the Artisan Food and Drink Producer of the Year category by Manchester Food & Drink festival 2019.

“It’s not only our lager that is making waves locally.” says Jamie Scahill of Manchester Union.

“Cloudwater which is based around the corner from us was voted second best brewery in the world in 2017 and their Double IPA is known all over the globe. Manchester’s brewing scene is exploding right now and it’s really exciting and encouraging for us to see people like Simon having the courage to follow their belief and make the switch”

Between saving the planet and Brexit, it seems we might be seeing a lot more locally brewed beers replacing European tanks around Manchester in the future.

On the plus side, at least the likes of Manchester Union are ensuring we can still enjoy the same level of quality – with an added dose of local pride.