New diner, Infamous Diner, is due to open in July. 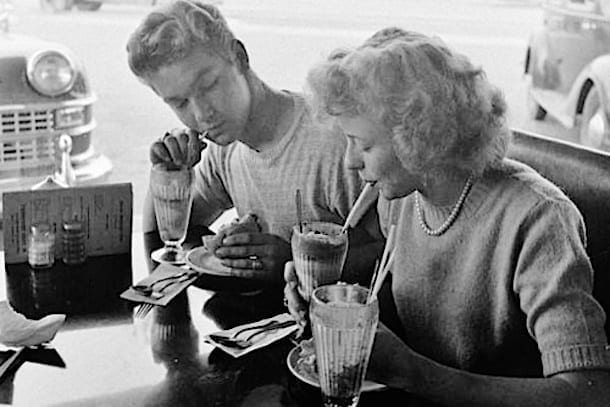 ‘not just another
burger joint.’

Sure, there’s been a few stabs at the American diner concept – we’ve had Starvin Marvin’s, Fatty Arbuckle’s, even TGI Friday’s – but they’ve all fallen short of the proper experience. Of course the only inspiration the market has is from a mood-board of pictures and black & white films, so all’s forgiven for not getting it quite right. No more over-complicated burgers or pulled-pork, please!

This new venture is called Infamous Diner, and is due to open in July. A dining establishment which will become famous for wicked deeds, perhaps.

Operators promise a retro 1950’s feel and will serve up classic diner food, the American way; with big flavours, big plates and service with a smile.

MAD’s new Group Executive Head Chef, Chris Byron, who took over at the helm of the group from Rob Owen Brown in April, is developing the menu, which will include classic burgers, hotdogs and shakes.

The new diner will have capacity for 80 along with a cocktail bar, which will be open until late.

Mark Andrew, managing director says: “We wanted to bring something new and exciting to Manchester, not just another burger joint. Infamous Diner promises to be just that – not only in bringing all the flavours of American food to the table, but the food-focused fun atmosphere and overall experience to boot.”

So there you have it. Fingers crossed for five dollar shakes, sewn name patches, jukeboxes, red leather and a refreshing friendly service.