Comic Con returns to Manchester with stars of The Walking Dead, Guardians of the Galaxy and Gotham

One of the biggest pop culture events of the year returns to Manchester later this month.

MCM Comic Con will be filled with star signings, a comic book village, cosplay experts and lots of panel and Q&A sessions.

No matter which fandom you’re into, there will be something for you – from anime to Warcraft and Deadpool to One-Punch Man and everything in between.

There will be lots of stalls selling clothing, prints and replica memorabilia, but it’s not just for the wealthy collector. You’ll find something from your favourite movie or video game whatever your budget. 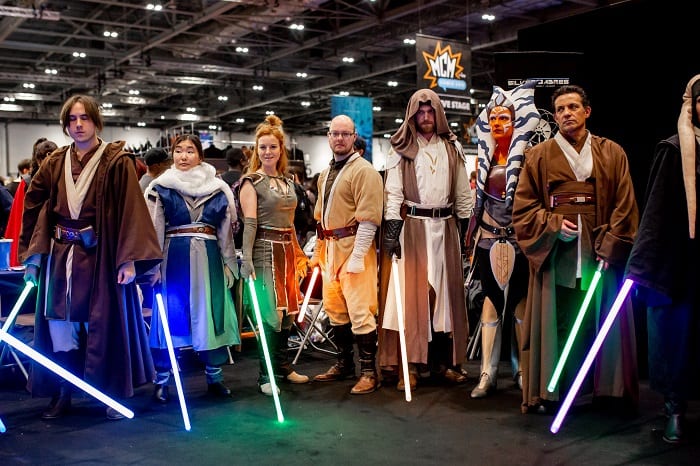 The must-see part of the convention are the cosplay enthusiasts – fans who spend a lot of time and money perfecting eye-catching costumes of their favourite fantasy characters, some larger than life.

It’s well worth the visit just to see them parading around the halls, especially the Warhammer 40k marines in full power armour and weaponry to match. Body painted fans strut their stuff, usually with equally amazing headwear and accessories. It’s not for the faint hearted. 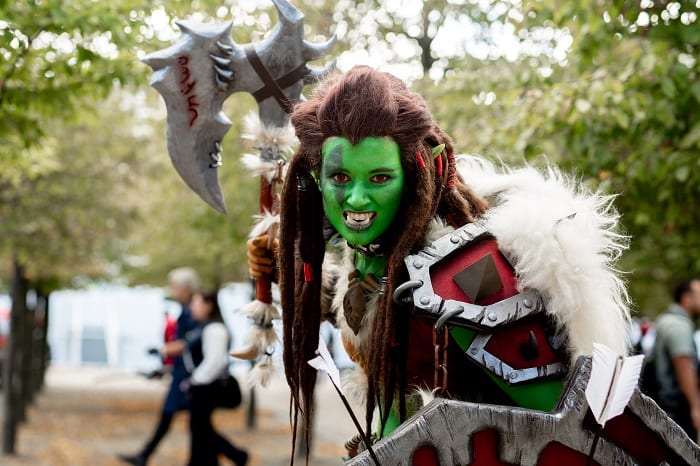 Star spotters are always the first in the halls to join the queues for autographs, photos with their favourite celebrities and Q&A sessions over the weekend.

You’re always guaranteed some big stars in attendance and 2019 is no different. Michael Rooker, star of Guardians of The Galaxy and The Walking Dead is this year’s headline star, alongside fellow Guardians actor Sean Gunn, brother of the movie’s director and star in his own right of The Belko Experiment and Gilmore Girls.

Joining them will be iconic video game voiceover artists Nolan North and Troy Baker with their own signing and photo sessions. Any self-respecting video game fan will have played at least one game they’ve provided a character’s voice on.

Nolan North is the voice of Uncharted’s Nathan Drake, an Indiana Jones-type hero who travels the world seeking fortune, glory and his ancestors. First released in 2007 there have been four games in the series as well as several spin-offs, selling in excess of 40million copies worldwide and generally deemed to be some of the greatest games of this generation. Nolan has also lent his voice talents to the Assassin’s Creed game series, various animated series and starred in Pretty Little Liars over its 7 year run.

Troy Baker is equally recognisable to video game fans as the voice of Joel in The Last of Us, which is due to get a much-anticipated sequel next year. He has also voiced lead characters from BioShock, the Batman Arkham series as well as the FarCry and inFamous games. Younger fans will also know him as the voice of Batman in the Lego DC animated movies and television series. 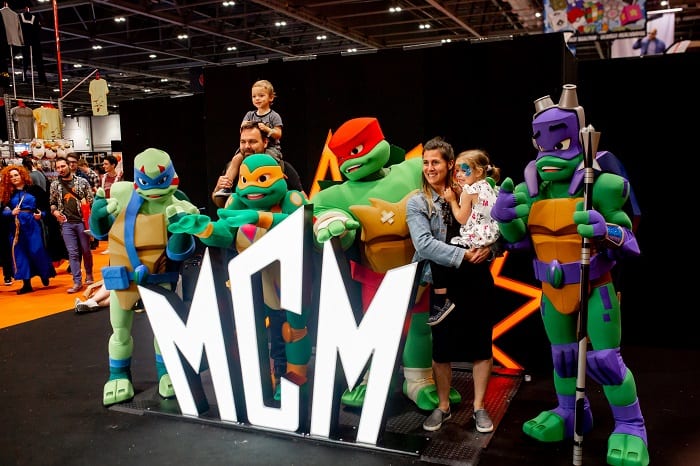 The Comic Village returns this year, showcasing comics and graphic novels from across the world, allowing fans to purchase rare editions as well as meet some of the artists and writers behind the stories.

And you’ll be able to pick up some top tips at a new set of workshops giving advice on everything from creating your own comic book, diving into game development, creating the perfect on-screen superhero, and world building in your first fantasy novel, to perfecting that cosplay prop.

MCM Comic Con takes place at Manchester Central on 27th/28th July. Tickets are priced from £11.50 for adults and children under 10 can attend for free with adults.