There’s something about Bolton. Because when it comes to producing individuals who excel in their chosen fields, the town definitely punches above its weight.

From inventors Richard Arkwright and Samuel Crompton to actors Sir Ian McKellen and Maxine Peake, pound for pound, Bolton is up there with Salford as one of the places which has produced more talented individuals than anywhere else in Greater Manchester.

And the same applies to comedians. There must be something in the water or maybe in the air.

Or maybe they just have a naturally cheerful disposition. According to a survey by the British Association for the Advancement of Science, Boltonians are the friendliest people in Britain.

Someone from Wigan might say you need a sense of humour if you come from Bolton.

It also featured established performers Bernard Wrigley and Bob Williamson, and a young Diane Morgan who went on to find fame as Philomena Cunk on Charlie Brooker’s Screen Wipe.

And back in the day, Hylda Baker was a big star.

Sophie Willan is the latest in this long line of talented performers.

She’s an award-winning comedian with an interesting background which she draws on for her material. She grew up in care and her mum – whom she describes as “looking like Iggy Pop does now if he did a shop on Bury Market” – is a drug addict.

You may have heard her acclaimed BBC Radio 4 series Sophie Willan’s Guide To Normality or seen her on on As Yet Untitled (Dave), Live At The Comedy Store (Comedy Central), Up Late With Rylan (Channel 5), Still Open All Hours (BBC One), Click And Collect (BBC One), Class Dismissed (BBC One), and The One Show (BBC One).

Sophie’s about to move up to the next level when she appears on The Tez O’ Clock Show,
a brand new topical satire show starring Blackburn comedian Tez Ilyas.

She’ll be one of the regular guests, appearing alongside “scouse gobshite” – her words not ours – Adam Rowe in a part of the show in which they brief Tez, a former civil servant, on the hot topics of the day and try to sway him to their way of thinking – rather like real civil servants do, only funnier.

The show was recorded at Media City yesterday evening and we were lucky enough to get tickets – our first time at a TV recording.

The recording took three hours – relatively quick, so we were told – and it’s being broadcast tonight as a one hour show. It’s a bit like going to a football match with lots of stoppages and interruptions for VAR then watching the highlights on TV.

So how did Sophie get on?

“Last night was absolutely brilliant,” she told us. “The audience were fantastic and Tez was a flawless host. He was as he always is, cheeky, sharp and completely owning it.

“This show is something you’ve never seen before – it’s undiluted, unapologetically, unconventionally northern, working class and Asian and on our own terms. A scouser, a Mancunian and an Indian with a Blackburn Pakistani at the heart of it! This is what tele should always look like.”

The Tez O’ Clock Show is on Channel 4 at 11pm tonight and for the next two Thursdays. 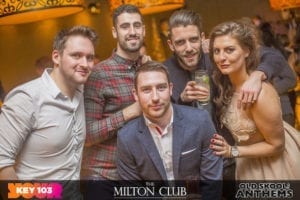 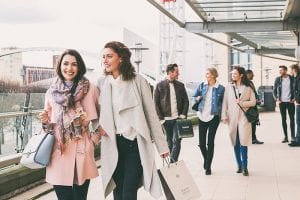 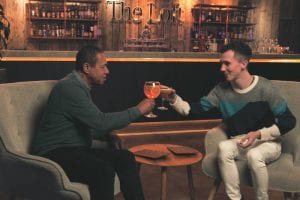