Sunny D is about being young, black and ambitious in modern England. But you don’t need to be young, black or English to enjoy it. It’s fantastic, and it’s for everyone 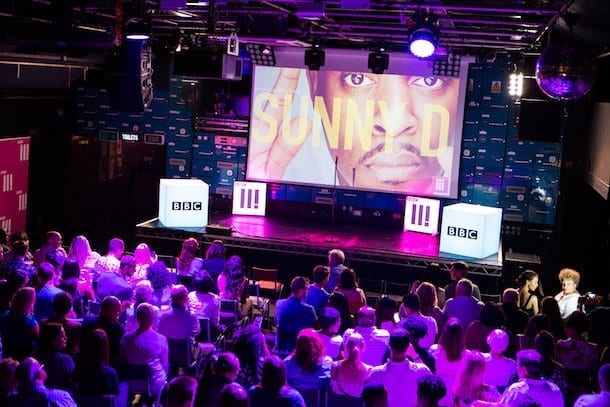 Ask anyone currently stealing their friend’s Netflix and they’ll tell you. TV shows are changing. If you’re under the age of 45, you’re already well aware of this.

We all sat by and binged as Freeview, Sky+ and (completely legal) online streaming services came along and revolutionised the way we watch, forcing media companies to either evolve or die. Like BBC3, the BBC’s youngest child and based largely in Manchester, which recently switched to an online-only service to keep pace with the digital generation. But, as with any change, there are positives and negatives. Negative: We can no longer stumble in at 3am and watch Family Guy. Positive: Up-and-coming comedians like Dane Baptiste are finally getting a fair shot at the big time.

After being nominated for ‘Best Newcomer’ at Foster’s Edinburgh Comedy Awards 2014, it’s obvious that Dane is a very, very funny guy. He’s young, he’s gifted and black and he’s getting ready to release ‘Sunny D’, a hilarious BBC sitcom filmed in Manchester, which reflects his own quarter-life crisis mixed in with some Afro-Caribbean flavour and a self-deprecating humour.

It’s the story of a guy in his mid-twenties, stuck in a dead end office job, a dead economy and still living with his parents (and terrifying twin sister). Basically, he’s anyone who ever watched BBC3.

Sunny D also marks a new era for the BBC. This is going to be the first show that tests whether young people will actually tune in to watch online-only content, so they’re going to pour all of their resources into making sure it’s the smartest, funniest show on the internet. No pressure there then, Dane.

Although only the pilot episode has been released, I can say this. It’s fresh, it’s smart and for the first time in years it’s something NEW. BBC3 was aimed at teenagers and twenty-somethings so it could afford to take risks, utilising hard-hitting modern and fringe comedy to build a loyal fanbase.

But here’s the problem. Young people don’t pay TV licences. But now that it’s moved online, the BBC can pour more money into smaller shows, so we can expect – and hope – that BBC3 will keep growing online, and Sunny D is where it begin.

The show’s cast also features a heavy mix of stand-up comedians and straight up actors. Danny ‘Slim’ Gray and Samantha Baines are more comfortable with stages than screens, but the seasoned talent of Don Warrington, Gbemisola Ikumelo Liz Hume Dawson and Sascha Frost are also going to be present.

Here’s what you need to know. Sunny D is about being young, black and ambitious in modern England. But you don’t need to be young, black or English to enjoy it. It’s fantastic, and it’s for everyone.

The show has been scheduled for four 25-minute episodes which start going online in July.