Co-ops are alive and well and living in Manchester 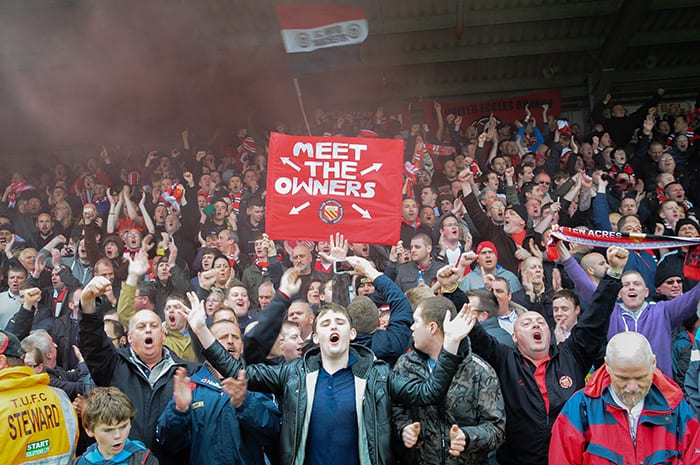 The first Saturday in July is International Co-operative Day, an annual celebration of co-ops. But what has this got to do with Manchester you may ask. Well, the birthplace of the modern co-operative movement is just up the road in Rochdale, and the biggest consumer co-operative in the country has its headquarters in Manchester. And that’s just for starters.

Because within a 20 miles radius of Manchester there are more than 730 co-operatives. Whether it’s a small worker’s co-operative or a huge consumer co-operative,  all co-ops are owned by their members rather than shareholders and share the same set of values such as honesty, openness, social responsibility and caring for others, and principles such as democratic member control. Here’s just a few. 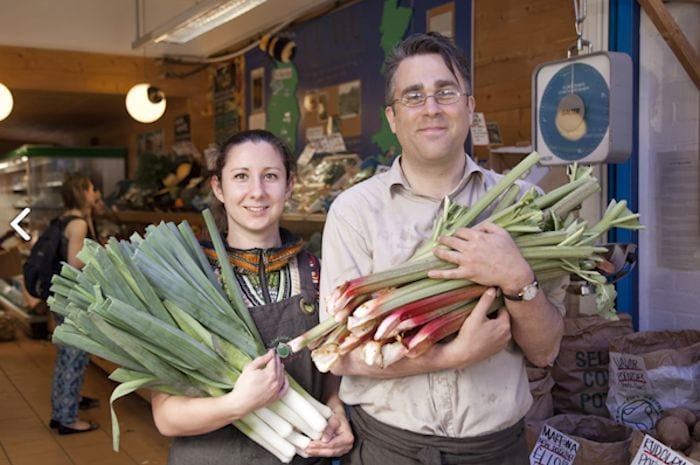 This worker’s co-operative in Chorlton has been selling organic, fair-trade and locally sourced produce since 1996 with more than 70 lines of organic fruit and veg, an expanding deli range and some seriously good beer! And that’s not all, because there is a growing selection of household goods, too. This place really is a treasure trove, so see what you can discover. Unicorn contributes to a tree-planting scheme and donates 5% of profits to local and international charities and other projects.

‘And in the Eighth Day they created awesome veggie food.’ This vegetarian food shop and café on Oxford Road is a worker’s co-operative. Everyone gets stuck in whether it’s serving their delicious vegan cakes (ready to take away from the deli counter) or providing on-site nutritional advice (that’s right, they have a member who is trained to degree-level in nutrition). Launched as a co-operative in 1976, they have  a commitment to vegetarian, GM-free products which have not been tested on animals and ethical sourcing policies, and they are constantly extending their Fairtrade offer which includes some seriously good chocolate! 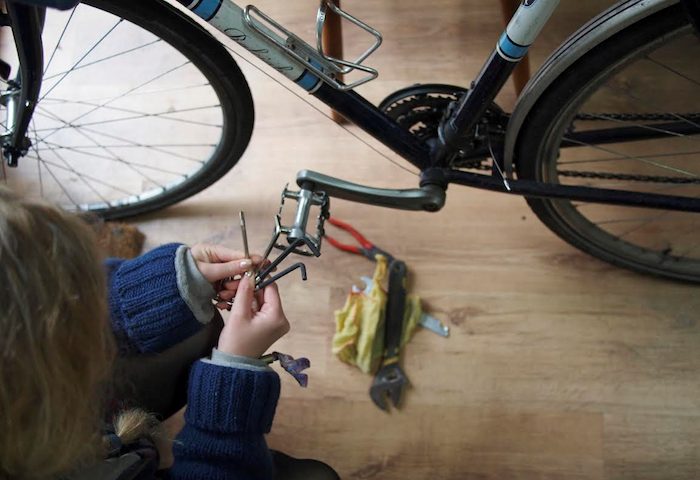 Come to a café which can bring back to life worn out items, from trashed toasters to over-heated hairdryers. It’s a free community event combining cups of tea with an awesome team ready to revitalise your broken household goods. All you need to do is bring along your items and see what they can do – so much more savvy than chucking them in the skip. Held on the third Saturday of every month from 10am till 2pm at Stitched Up in Chorlton, it’s a great opportunity to get to know members of your own community, so roll your sleeves up and get stuck in! They’re on the lookout for volunteers to help them so why not join the ‘repair revolution’ too. 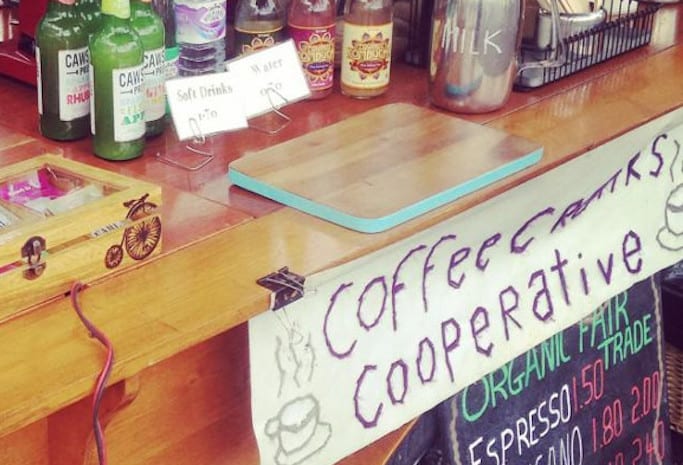 An espresso machine fitted onto a tricycle bringing great coffee to the streets of Manchester. Can you believe it?  Established in 2013, Coffee Cranks is a workers’ co-operative using coffee sales to fund sustainable projects around the city such as at the Old Boathouse in Platt Fields Park. By grabbing a cuppa you can help support their aims to secure a weekday trading pitch in the city centre and set up another great coffee bike! Keep your eye out for them popping up around the city and at Levenshulme Market. 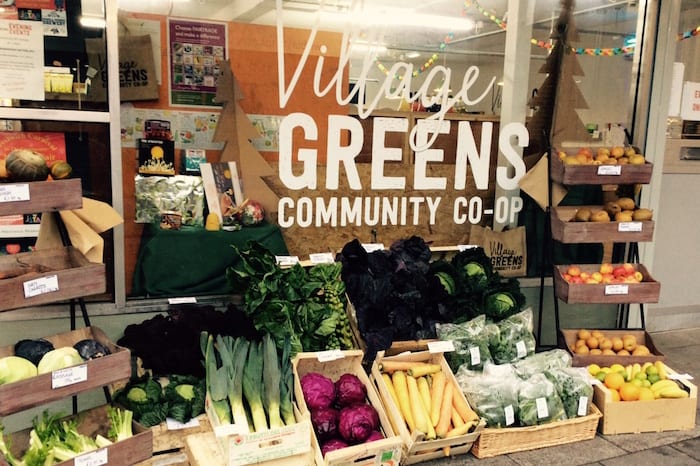 Quirky grocery in Prestwich owned by its members with a ‘no junk’ policy proving that you don’t have to live in south Manchester to enjoy an ethical, alternative shopping experience with everything from wholefoods to household products on offer at affordable prices. Get everything you need from a place which cares about ethically-sourced, minimally-produced stock celebrating nature. They are passionate about good food and good ethics! 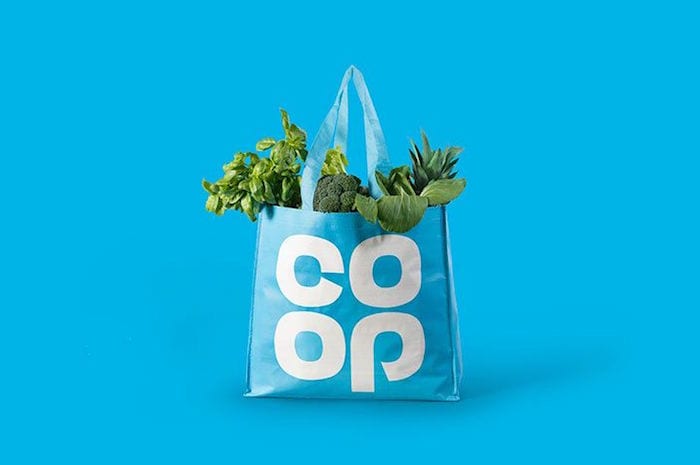 Not your usual supermarket. It’s a consumer co-operative, an organisation owned not by shareholders but by its customers – around eight million of them – who all have a say in how the business is run. The supermarket is part of the bigger Co-operative Group which has its headquarters at One Angel Square, the impressive building near Victoria Station which is one of the most environmentally-friendly in the world with rainwater recycling and exposed concrete acting as a thermal sponge!  Other parts of the business include financial services, insurance, legal services and funeralcare.

A bicycle co-operative owned by cyclists for cyclists near the Whitworth and university on Wilmslow Road. Set up in Scotland in 1985, it now has shops throughout the UK and aims to be the nation’s most trusted bicycle retailer. Employees can become members and have an equal share in the business whilst customers benefit from their excellent ethos and affordable prices.  Whether you need to buy a bike, get some accessories or want a hands-on maintenance session, give them a try. They offer ’faff-free returns’ and price tracking too! 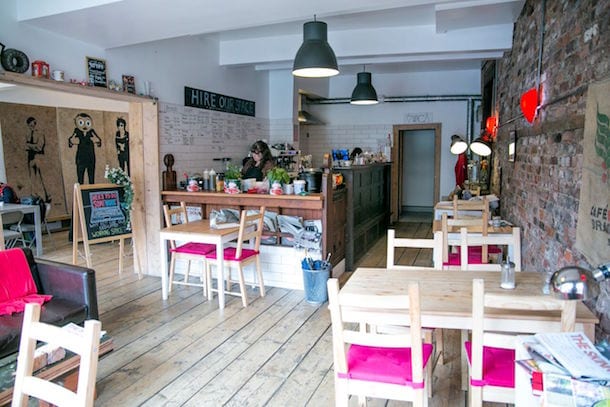 This co-working space and coffee shop a two minute walk from Deansgate was set up thanks to the donations of 155 people on the online fundraiser Kickstarter. It’s a vibrant indoor space, free for people to use and be creative in. The only charge is for their locally sourced food and fabulous coffee with all profits going back into the community. Can it get any better than this? Yes, it can. They have superfast 30mbs microwave internet, ideal if you are out and about and need to download some files!

The club that was conceived in a curry house and stuck two fingers up to the Glazers is owned by its members (5,381 at the last count) and brings democratic, fan-owned footy to the city. The players are  semi-professional and regularly draw a large, noisy crowd. Community spirit is clear here, putting supporters at the heart of all they do including fundraisers and a fantastic radio show! 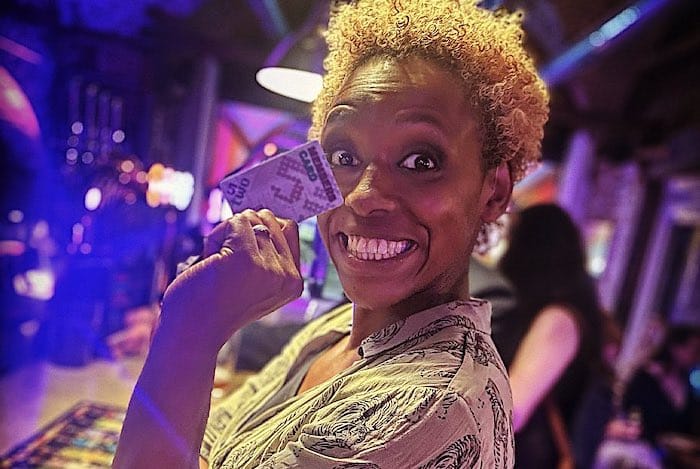