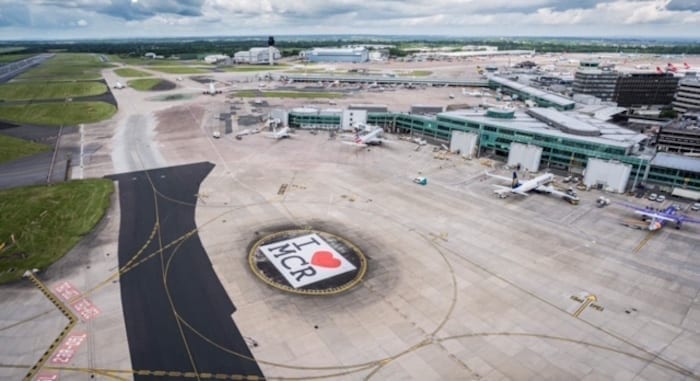 Manchester Airport is celebrating a double boost with huge knock-on benefits to the region’s economy, tourism and even universities.

As Manchester chalked up bigger passenger growth than any other UK airport, an independent report has revealed the massive economic impact of Hainan Airlines’ service to China’s capital, Beijing.

Little wonder that airport bosses have welcomed news of a ‘landmark agreement’ which will allow more direct services between the UK and China. The Department for Transport has announced there will be a 50% increase in the number of permitted weekly flights, from 100 to 150. And the creation of extra capacity is aimed at stimulating direct connectivity to and from airports outside of London – among which Manchester is the most important.

The economic report into Manchester’s existing air link with Beijing, compiled by consultancy Steer Davies Gleeve, showed that UK export values from Manchester Airport have grown by a huge 265 per cent to £200m per month since the Hainan Airlines service started in June last year.

The visitor spend of £140m is more than double the value expected prior to the launch of the service and 40 per cent more people in the north are now travelling to China. Passenger volumes are 15 per cent higher than predicted; Manchester’s inward investment pipeline has doubled in 12 months and international student numbers at Manchester University have grown at twice the national average.

The report was also launched in China by a ministerial delegation from the UK government in Shanghai to promote trade and investment opportunities in the Northern Powerhouse.

Manchester Airport also has a direct route to Hong Kong with Cathay Pacific, which was increased to a daily frequency last week due to the success it has enjoyed in the three years since launching.

“Our connections to both Beijing and Hong Kong have led to significantly higher volumes of exports and inward investment, while the north’s universities have benefited from increased international student numbers and research collaborations with Chinese institutions,” said Manchester Airport CEO Andrew Cowan.

“Importantly, the routes have stimulated brand new demand for travel between the UK and China, which among other things has delivered a huge boost to the visitor economy across the north.”

Rhys Whalley, executive director of the Manchester China Forum, said: “It is clear that direct connectivity to high growth markets like China is key to the success of the Northern Powerhouse vision and the creation of a balanced UK economy.

“The services from Manchester to Hong Kong and Beijing have already delivered wide-ranging economic and social benefits and further strengthened relations between the north and China.”

Last month saw 1.7 million passengers travel through Manchester Airport – up 2 per cent compared with last November, brining rolling passenger numbers to 27,764,247 – an increase of 9.7 per cent year on year.

It comes as CAA data revealed Manchester added more passengers than any other UK airport between April-September 2017. The airport added 1.27 million passengers compared to Gatwick and Heathrow, which each added 1.25 million.

Growth has slowed owing to the collapse of Monarch Airlines which has left some capacity unused for this winter season but airport bosses remain confident that by the start of the summer season all capacity will be filled and this has already started with Jet2.com, TUI and Thomas Cook Airlines all already increasing capacity for next year.