Based on the best-selling books by Chris Heath, new children’s TV series The World According to Grandpa is launching on Channel 5’s Milkshake! on 28th November.

The new show, which stars Don Warrington MBE and Sally Lindsay, has been made entirely in Greater Manchester.

The new series features live action stars in a 2D animated world, and was filmed at Vectar Studios Stockport and illustrated and animated by Flix Facilities at MediaCityUK.

And to keep things local, music is by North West composer Tayo Akinbode, children’s casting by Nicci Topping of Topping Casting in Huddersfield, and all equipment was supplied by Manchester based the Kit Hire Company.

The series, whose first eight episodes were filmed in October under strict COVID guidelines, follows the main character Grandpa as he takes his grandchildren on fantastic journeys through colourful new worlds, answering their curious questions with tall tales, all from the comfort of his sofa.

Featuring Don Warrington MBE as Grandpa and the voice of actress Sally Lindsay as Halifax the rabbit, every episode begins with one of Grandpa’s four grandchildren, Stanley, Connie, Louie or Poppy, asking him a question – which he spins into a nonsensical tale of outer-space bumblebees, piggy rock bands, rhubarb-loving monsters, cloud pilots, and fire-breathing hamsters.

Thankfully, also on the sofa is Halifax, a very chatty cuddly rabbit who is always there to give the real answer to the question.

Off-screen, Halifax relies on a very clever chemistry teacher at Parrs Wood Secondary school, Emma Woollaston, to make sure she gets all her facts right. 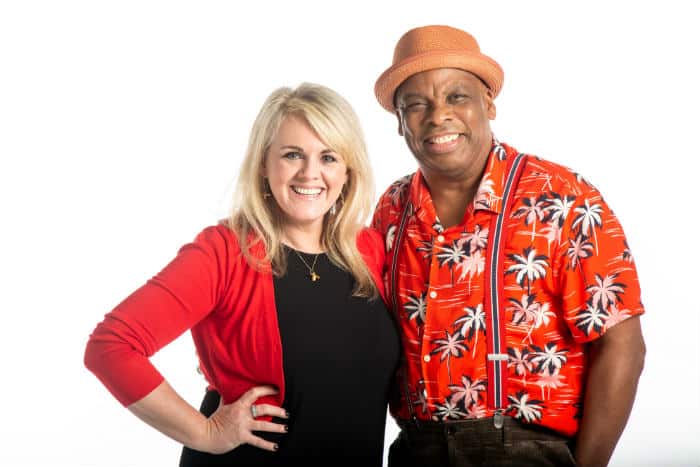 When Grandpa starts to tell his story, the world of the living room falls away and the sofa lifts off on a flight of fancy to magical animated worlds, all invented in Grandpa’s fertile imagination.

Although everything Grandpa tells his grandchildren is complete nonsense, it is beautifully told and every child on or off-screen will want to curl up and listen to where the story is taking them.

“In these troubled times, the interaction of grandparents and children has never been more appreciated, and never more needed,” said Caroline Roberts-Cherry, managing director of Saffron-Cherry Productions.

“This show aims to answer some universal questions, highlighting the beauty of the spoken word, the power of imagination and the love that spans the generations, everywhere.

“It feels like a real achievement to make this show and get it out there under such exacting conditions and we did it by working together as a team, who all had the best interests of the series but also of their colleagues, at heart.” 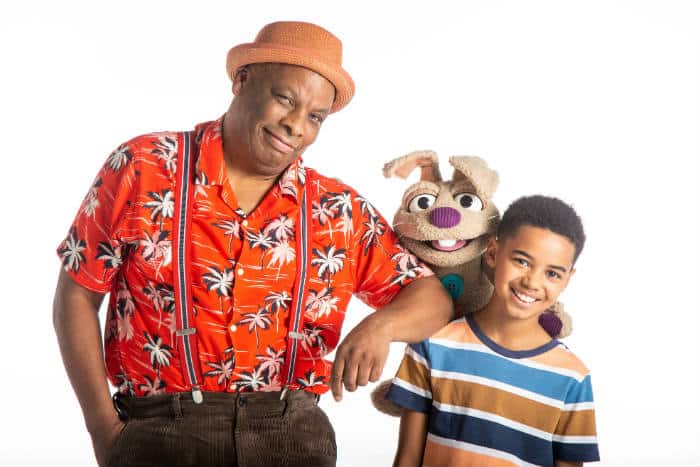 The production was supported by the government funded Young Audiences Content Fund, which is managed by BFI and supports the creation of distinctive, high-quality content for young audiences.

Talking about the inspiration behind the new series, writer of the original books Chris Heath said the character is based on his own Grandfather.

“I called him Grandad Lou, but his name is Arturo Garcia,” he said.

“Born and raised in Puerto Rico in the Caribbean, one of the stories  ‘What are clouds for?’ is based on a story he used to tell me about a ‘land shark’.”

You can watch the all-new series of The World According to Grandpa on Channel 5’s Milkshake from 28th November.