Is there a changing of the guard at Manchester City?

Manchester City’s defence is something that has needed to be strengthened for a number of years. Far too often they have relied on skipper Vincent Kompany.

Recent years have seen the Belgium international struggle with injuries, but he managed the full 90 minutes against Burnley last Saturday.

Since Pep Guardiola took charge, he has made strengthening the defence a priority, with over half the £448 million he has spent being on defenders. 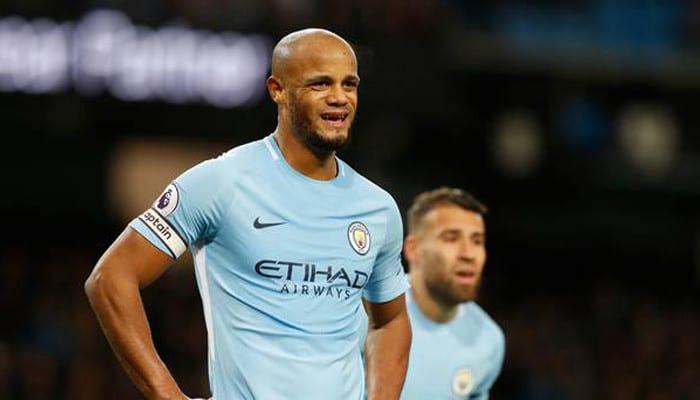 Following the signings of Danilo, Benjamin Mendy, John Stones, and goalkeeper Emerson, the defence is looking much stronger, and Pep now has the option to rest Kompany if he feels it is necessary.

Just a day after signing for a club record €65m, twenty-three year old Athletic Bilbao defender America Laporte was thrust into his first taste of Premier League action as he filled in for the unwell John Stones against West Brom.

The match saw City keep a clean sheet and put three past the Baggies as well as the latest acquisition drawing plaudits from several people.

“He’ll know [it won’t always be that straightforward] but it was perfect for him the way he came in. He was very good on the ball and defensively very solid. He’s going to help us to be better and that’s why we bought him.”

The praise from a player who himself put in yet another majestic performance is surely going to give the defender some added confidence.

Laporte represents the kind of player Pep favours – calm under pressure, strong in the air and has great passing qualities.

His passing qualities were not lost on West Brom manager Alan Pardew who gave his assessment of City’s new boy in a post-match press conference.

“America Laporte I thought was terrific,” the West Brom boss said. “His passing from left to right was a problem for us.

“I’ve got bad news for other Premier League managers – they’ve got another asset, not just a defensive one but an offensive one too with his passing. Good luck to everybody else.”

A lot was also made of Guardiola’s decision to only name six players on his bench for the Saturday early kick-off game, with many people questioning why he didn’t give a young player the chance to do so.

One young player who was on the bench that afternoon was twenty-one year old Olexandr Zinchenko.  The Ukrainian has actually been featuring a fair bit as of late, starting each of the last four home games.

The youngster’s attitude has certainly got Guardiola’s attention. Following a trip to Huddersfield in November, Zinchenko stayed behind after the team returned to train on his own in the gym.

“That means a lot to me, because sooner or later he knows we are going to need him.  He is a talented player, so clear, so clean.  The way he plays, his decisions are always perfect.  As a young player I hope in the future he will help us.  He is going to stay for the whole season with us because I have the feeling we are going to need him,” said Guardiola.

Perhaps most surprising is that, although a natural midfielder, he has been used as an emergency right back following the injury to Benjamin Mendy.

The change in position does not bother Zinchenko, however.

“I’m starting to really understand the role now.  A central midfielder should be able to play in every position and be smart in my opinion – like Fernandinho – he can play anywhere and be equally as good.  It is adding new aspects to my game.”