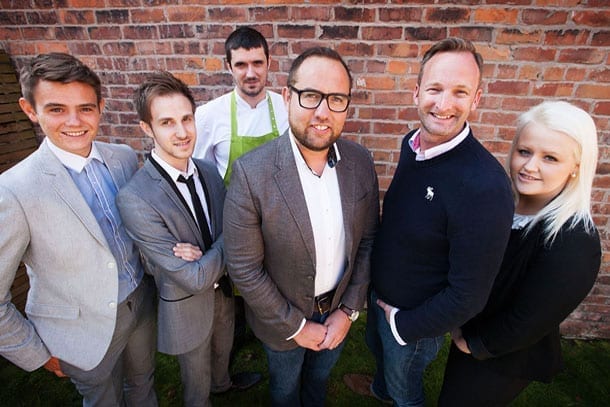 Didsbury is set to see a brand new upmarket venue open ready for a summer of eating and drinking. Chalk Bar and Grill, which aims to attract the affluent of South Manchester of every age, claims to be something of a first in terms of the services it provides:

Neither solely an evening liquor stop, nor only a day time deli, the joint promises to combine the two to create an ultimate hang out in the middle of the vibrant Wilmslow Road.

Chris Longmate and Dominic Gottelier, the latter formerly of The Wizard in Nether Alderley, have worked together to lead a host of celebrity locals that include Manchester City and United players and Robbie Williams, to the new venue.

“Opening my own business is something I’ve wanted to do for a long time and with Chris’ business acumen plus my own hospitality background, it’s going to provide the perfect combination.

“I’m so pleased to be bringing many of the team from The Wizard with me – I know we work well together, I know what makes them tick and we can bounce off each other and create the perfect environment.”

The renovation of three adjoining units on Wilmslow Road is already underway, with a view to creating Didsbury’s very own ‘entertainment hub’ of an eighty seat restaurant plus glamorous bar featuring a champagne wall (your guess is as good as ours).

Food will focus on the contemporary British, and is being perfected by head chef Colin Mckevitt to include treats such as Ham Hock Black Pudding.

Forty five jobs will be created by the new venture, though Dominic and Chris are confident that part of Chalk’s appeal will come from the migration of many staff from The Wizard to this new, fresh and enormous venue.

The launch party is set for 14 May and will undoubtedly be a star studded affair.

Chalk Bar and Grill are already on Twitter at @ChalkBarGrill