Catch of the day every day: seven places to sample the best seafood in Manchester

We might not have sea views in Manchester, but there are plenty of places that provide a tantalising taste of the sea. We’ve flung the net out far and wide to bring you the best seafood dishes across the city. 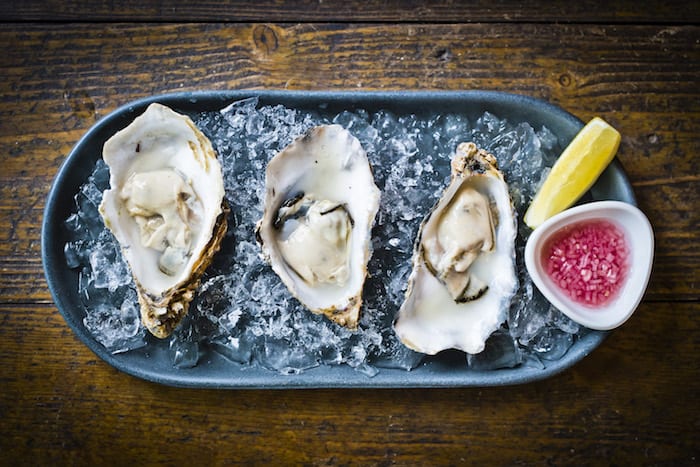 Just like the size of this neighbourhood restaurant in Chorlton, the seafood menu at The Oystercatcher is compact. But just because there aren’t pages of mind-boggling options and embellished descriptions doesn’t mean there isn’t plenty of taste. There are typically five charcoal oven options, five mains and a smattering of starters, sides and desserts on the menu, which change weekly depending on what’s seasonal. Look out for the moules frites (£13) as mussels are the best quality this time year. Otherwise, the sea bream with salsa verde (£15) and the monkfish tail for two to share (£40), both cooked on the charcoal oven, are superb. 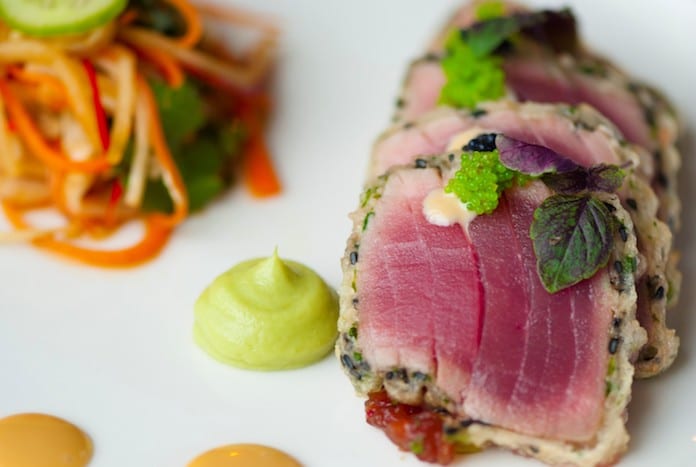 If you’re looking for a plate of seafood with a side of people-watching then Menagerie, which is tucked away at New Bailey across the bridge from Spinningfields, is the place for you. Among the decadent surroundings, which includes a huge gilded birdcage, neon signs and selfie-friendly props, you can savour seafood dishes such as king prawn linguine with confit garlic, chilli, spinach and vine tomatoes (£18); tempura tuna salad with avocado, nori, Asian slaw and soy mayo (£14); and tuna tacos (£8.50). And if the view of the beautiful people doesn’t keep you entertained, keep your eyes peeled for what’s happening on the restaurant’s runway. 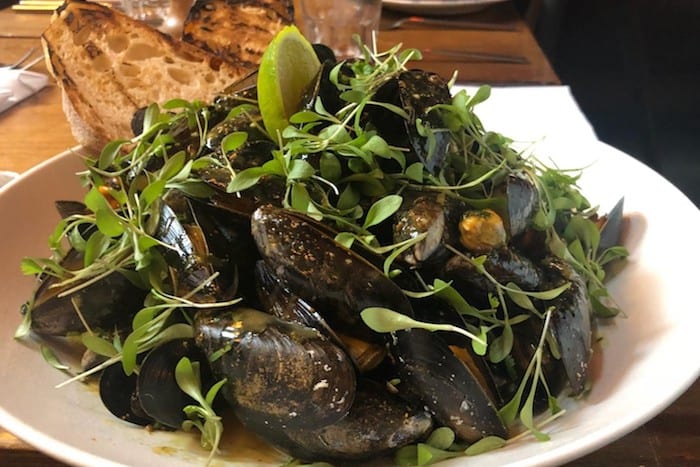 Whether you choose The Albert Square Chop House, Mr Thomas’s Chop House on Cross Street or Sam’s Chop House at Back Pool Fold, you’ll find a cosy atmosphere and plenty of comfort food that’s perfect for chilly days. The Chop House menus change with the seasons and as part of their autumn round-up, they’ve introduced a great pile of curried mussels with spices, coconut milk and coriander and served with grilled sourdough (£14). If that doesn’t float your boat, then there’s the traditional Chop House fish pie with smoked haddock, salmon, cod, mussels and prawns in a rich cream with peas and soft cheese mash (£15.50) to satisfy any seafood craving.

High above the skyline with 360 degree views of the city, you’ll find a flavour of the sea in the glamorous rooftop surroundings of 20 Stories. One of the standout options at this served up by chef Aiden Byrne and his team is the decadent fish sharing platter for two (£45) comprised of peppered mackerel, pickled anchovies and squid, smoked trout, prawn cocktail with confit cherry tomatoes and roll mop herrings. If you prefer your own dish to tuck into, choices include a starter of roasted scallops, peas and bacon (£18) and mains such as grilled halibut, boulangere potatoes and bourguignon (£29) and cod cheek and chips at a more modest £12.50. 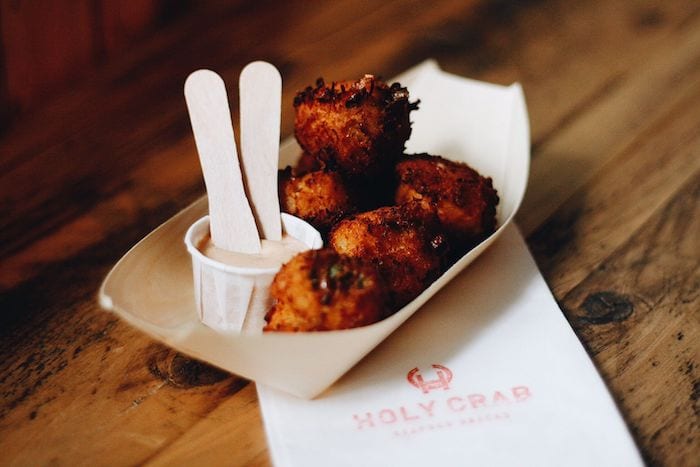 The people behind Holy Crab have, in their own words, been ‘shucking oysters and slinging crab balls since 2015’.  They’re now one of the most popular pop-ups in the north west. Keep an eye on their Instagram account to see where they’ll be trading crab balls, raw oysters, poached oysters in Marmite cream and hand-cut chips next. They also host supper clubs, with a kitchen takeover happening at The Beagle in Chorlton on 12th November where they’ll be serving a five-course seafood menu of oysters, sardine toast, curried tartar, mussels and crab fritters. 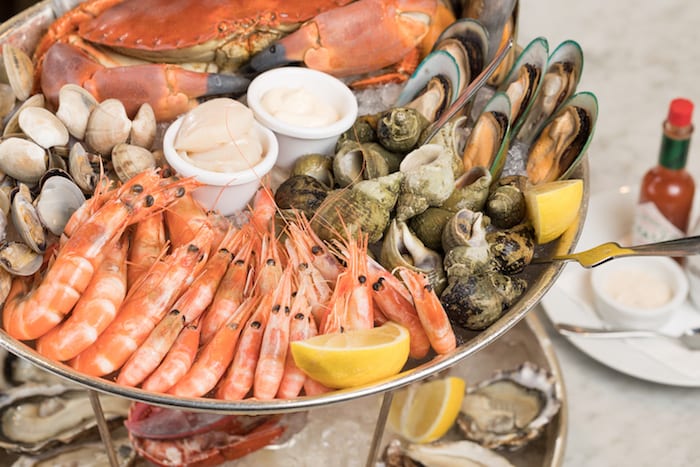 The speciality at this bustling restaurant on Bridge Street is seafood and co-owners Jamie Poulton and head chef Ed Baines pride themselves on quality ingredients and sustainability. There’s plenty for enthusiasts to gorge on, including breaded and fried lemon sole (£18.50); chargrilled squid (£17.85); and the fanciest of fish butties in the form of lobster po’ boy (£15.50). But if you’re after mouth-watering showstopper, splash out on the towering plats de fruits de mer, (£42.50 per head), which is brimming with oysters, whole Dorset crab, Atlantic shrimps, scallops, whelks, clams, mussels, prawns and cockles. 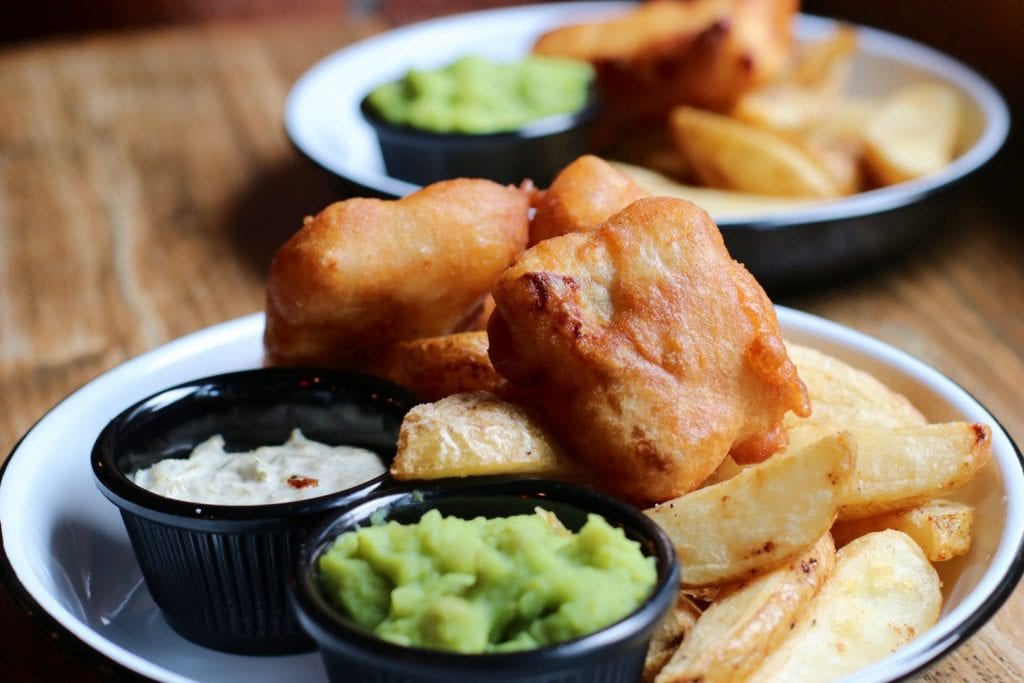 If you fancy some of the best fish and chips in Manchester, head over to MediaCityUK in Salford for The Hip Hop Chip Shop. It’s easy to find – just look out for the mobile van that resembles a giant boombox. It’s open between 12pm and 2.30pm during the week, unless they’re booked out for a private event, with options such as the Feastie Boys fish biters, minty peas and chips (£7). Simple food done well at an affordable price is key for owner Jonathan ‘Ozzie’ Oswald and his straightforward mantra is evidently working. Having won at both the National Fish and Chip Awards and Manchester Food & Drink Awards, they’re opening their first bricks-and-mortar premises in Ancoats next month. 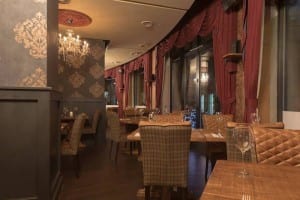 The city’s newest independent eatery has Manchester at its heart 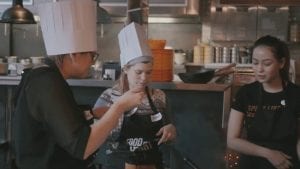