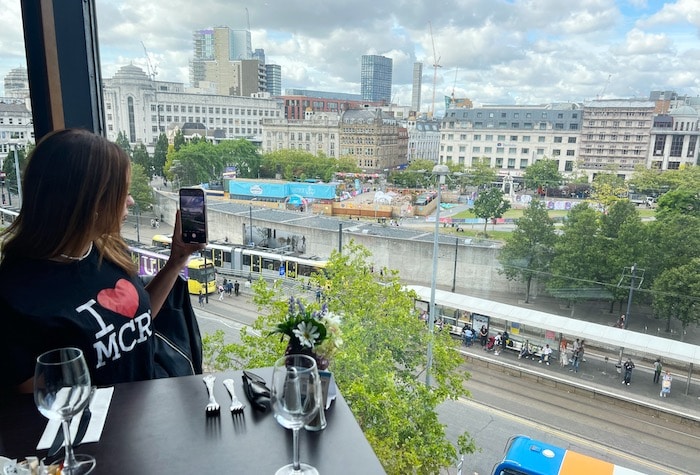 The fan-zone will open from 11am, with bars and eateries open from 12.30pm and the big screen build-up set to begin around 4pm
Share
Tweet
Share
Chat

Interest in the UEFA Women’s Euro football tournament has been at fever pitch in Manchester throughout the tournament with thousands of people across the city getting involved.

Now, capacity at the fan-zone in Manchester’s Piccadilly Gardens is to be doubled and a second screen added for Sunday’s Final between England’s Lionesses and Germany, to give as many people as possible the chance to enjoy the big match action.

The fan-zone has proved a big hit with football fans young and old who have flocked to it in their thousands during the last three weeks both to watch screenings of matches and to take part in a whole host of football related activities. 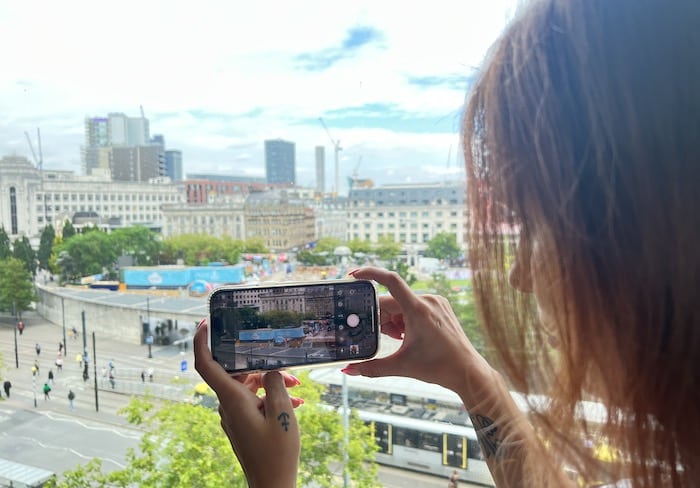 This week’s semi-final win for the Lionesses – whose third goal by Alessia Russo straight through the legs of Sweden’s goalkeeper looks set to be the stuff of football legend for years to come – saw the fan-zone filled to capacity with more than a thousand fans watching the big screen action from inside the area and on the surrounding pavements.

A decision has therefore been taken to double capacity at the fan-zone for Sunday’s Final to 2,000, with places allocated on the day on a first-come, first-served basis.

The fan-zone will open on Sunday from 11am – 2pm for a last chance to take part in the hugely popular football related activities that have been running in the fan-zone throughout the tournament, before the area is re-set to accommodate more fans for the live screening of the big match.

Bars and eateries at the fan-zone will be open from 12.30pm until the end of the match.

The match kick-off is at 5pm with the big screen build-up set to begin around 4pm.

“Manchester has been a footballing city for as long as most of us can remember, and it’s brilliant to see the women’s game finally taking centre-stage at last,” said Councillor John Hacking, Manchester City Council.

“The skill and determination we’re seeing in every match amongst the players on all teams in the tournament is outstanding and thrilling to watch.

“If you’re looking for some big screen action to enjoy the final on and an atmosphere to rival that at Wembley, then get yourself down to the Piccadilly fan-zone.

“And whatever you do – don’t miss this Sunday’s final.