Can Stockport become the next Ancoats? 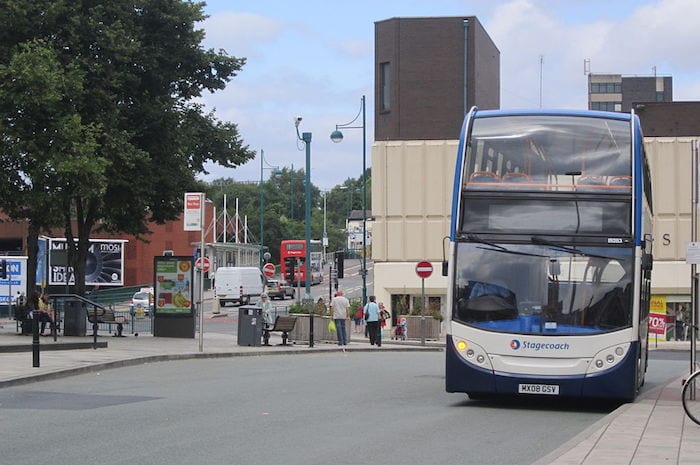 Can the “Ancoats factor” which created one of the coolest places to live, not only in Manchester but in the UK, be replicated in struggling towns across the Greater Manchester city region?

The dramatic transformation the city’s oldest industrial and residential quarter, reversing decades of decline, dereliction, deprivation and neglect, is now the blueprint for a massive regeneration project in Stockport.

Other Greater Manchester town centres, left reeling by the decline of retail in the high street, are set to follow suit, with Bury thought to be next in line.

A public consultation, just completed in Stockport, is expected to pave the way for the creation of a Mayoral Development Corporation (MDC) to oversee the rebuilding of a large swathe of the town centre west of the A6, taking in the Stockport College Campus, the old sorting office site, the former St Thomas’ Hospital, the railway and bus stations and land on both sides of the landmark viaduct.

It will be the first time anywhere in the UK that an MDC has been used in a town centre regeneration project.

The proposed transformation will see the construction of a completely new state-of-the-art transport interchange, ready for the much-anticipated arrival of Metrolink in Stockport via proposed “tram-trains” able to run on mainline railway track and in city streets.

The residential element of the plans includes the building of 200 new apartments, rooftop green space, a park and new links from the railway station to the river.

It looks like win-win for Stockport, since the town witnessed some of the most vociferous protests over the threat to greenbelt and at the same time has plenty of scope for homes close to the town centre.

At the launch, Mr Burnham said: “Reversing the decline of towns in Greater Manchester is a big prize and we recognise that it will not come with an old-fashioned piecemeal approach to town centre development.

“We need to help councils galvanise partners around a shared masterplan and use new powers to make it happen. The great attraction of Mayoral Development Corporations is that they simultaneously allow us to tackle two big problems – town centre decline and the housing crisis. It provides an integrated solution.”

The proposals have the backing of the three political parties on Stockport’s hung council. Leader of the Lib Dems, and former Cheadle MP Cllr Mark Hunter, said: “The mayoral backing is significant because elected mayors were the idea of the Conservative government so they will be sympathetic about making it work.”

He added: “Like many other towns, Stockport has seen a decline in its retail sector. While the MDC area does not cover the main shopping centre in Merseyway, it’s to be hoped that residential development nearby and the new transport facility will have a positive impact.”

The pioneering project received a boost earlier this month when it received the backing of Nick Walkley, chief executive of Homes England, “the government’s housing accelerator”.

He said at the recent international MIPIM property expo: “We think residential has a significant role to play in the development of town centres.”

“It really helps that Stockport is looking at this with fresh eyes, working things out together and not being too pre-determined on the journey they are going on.

“We were enthusiastic about that approach; it’s a fantastic opportunity around transport connectivity and the built environment.”