Can Man United challenge for the title this season? 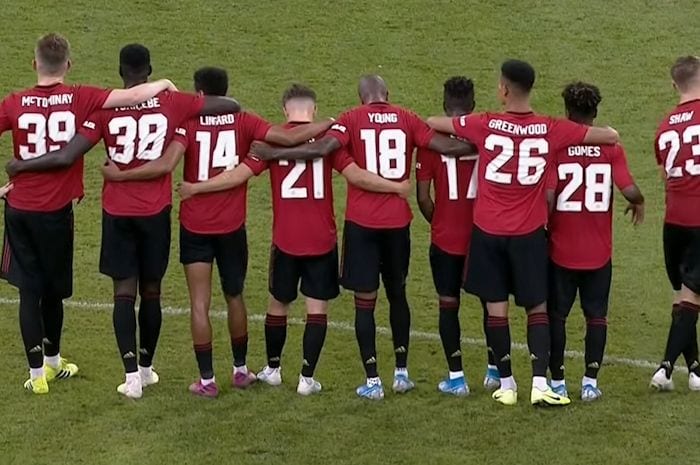 United always tend to do well in pre-season. Since Fergie left they’ve taken some pretty big scalps before the start of the season.

This year they’ve got a 100% record if you count beating AC Milan on penalties as a win.

Harry Maguire is a done deal, and the other two signings have been fairly shrewd. Even Pep Guardiola says he thinks United will be challenging for the title this year following the signing of the England centre half.

Well, Pep is definitely taking the p*ss. One look at the Community Shield showed just who the title contenders will be this season. And he knows it. He’s just stoking the flames before the big kick off next week. Heaping a little more pressure on Ole.

Most United fans are fairly realistic at the moment and should be hoping for some progress considering how last season finished. So what does progress look like?

The first thing has to be a settled defence. It’s huge money to spend on Maguire, we know that, but he should be a massive upgrade on some of our existing centre halves. A strong partnership at the heart of the defence with Victor Lindelöf is essential.

With the signing of Aaron Wan-Bissaka it looks like the club have finally properly replaced Gary Neville. It’s been a long time coming and should now stop the practice of plugging one of the most important positions on the pitch with converted wingers.

A defined style based on pace and pressing looks to be Ole’s approach for this season and it will no doubt be a welcome one in the face of the stodgy football and lack of ideas we’ve seen under the last three managers.

In his purple patch after he took over last season, United were great away from home when playing on the counter. Even when things were going well, they struggled at home when asked to dominate the opposition.

Working out how to play at Old Trafford is still a huge challenge and I’ve not seen too much during pre-season to suggest exactly how this problem will be countered.

For me, that’s a huge question mark, as is the make-up of the attack.

It’s clear Romelu Lukaku’s days are numbered, while any swap deal for Paulo Dybala has gone out the window due to the latter’s outrageous wage demands. The Argentinian clearly views United as a step down and would only come for the money.

Pulling out of the deal is 100% the right move. It’s just surprising the club have actually taken that decision. Is Ed Woodward finally learning? We’ll see on that one, but he’s made the right call, on this occasion at least.

It’s obvious from pre-season that Ole wants to play with one central striker supported by three interchangeable forwards behind. The central role will likely be occupied by either Marcus Rashford or Anthony Martial, with Mason Greenwood and Daniel James getting plenty of game time.

This appears an exciting prospect for the fans, but they will have to improve on their goal scoring records for this to work. A huge question mark remains about who’s going to score the big goals when it really matters.

That’s the good. Unfortunately, it looks like plenty of the bad is still lingering.

Ole has been keen to stress the importance of Paul Pogba to the team and the apparent desire for the Frenchman to stay. Who knows what the strategy is here, but if Pogba does stay the circus will continue. I give it a month before he starts disrupting things again.

Alexis Sanchez is still hanging around, collecting his massive wages for his little to no contribution.

At his unveiling, Maguire said, “Ole’s building a team to win trophies”. And hopefully this is the start of that process. But it’s going to take some time. There’s still a lot of dead wood in the squad and a small core group of players that can actually be trusted.

After making Maguire the most expensive defender ever, the world’s eyes are on United once again. The team will be expected to hit the ground running as soon as the season starts.

Pep’s already firing jibes from across the City, Palace are saying United had their pants pulled down over Wan-Bissaka and there are plenty of question marks over Maguire. He needs to be flawless in the first game of the season against Chelsea – something he struggled to do last season.

If the start is slow and the team doesn’t fire, the knives will be out in the press. And probably from the fans too.