Can Gorgeous George pull off another election shock in Gorton? 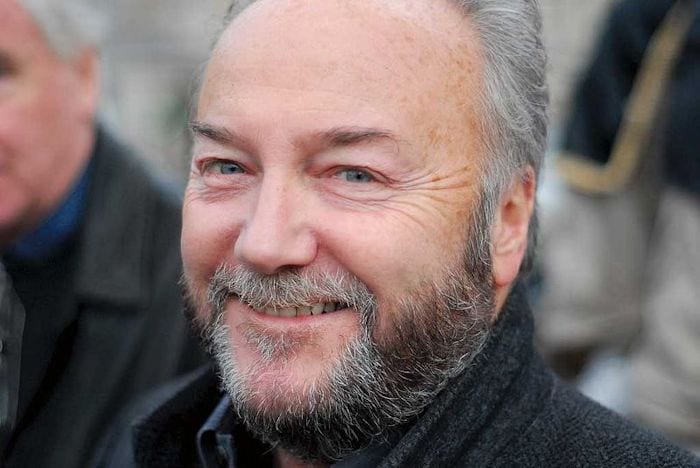 If the politics of the Gorton Parliamentary constituency weren’t contentious enough already, enter one of the most controversial political figures of recent years – “Gorgeous” George Galloway.

The 62-year-old former MP for seats in Glasgow, East London and, most recently, Bradford has declared himself a candidate to succeed the late Sir Gerald Kaufman in the Gorton by-election scheduled for 4th May. We can expect fireworks.

Bookmakers Ladbrokes are currently quoting the odds on a Galloway win – what he himself says would be the “mother of all by-election victories” – at 16/1, whilst Labour’s Afzal Khan is the clear favourite at 1/5. That’s not surprising given that Labour has held the seat since 1935 and Sir Gerald’s 2015 majority was a massive 24,079 over the Green Party in a distant second place.

But the battle might be more complicated than that because the Gorton constituency Labour Party (CLP) has a history of bitter infighting and complex rivalries.

Only last year the CLP was suspended from the Labour Party amid claims of vote-rigging, bullying and intimidation.

It wasn’t the first time that the local party had been mired in controversy. In 1994, allegations that hundreds of new Asian members had been illegally excluded from a number of selection meetings ended up in the High Court. Sir Gerald claimed that he had been subjected to a plot to unseat him.

Mr Galloway was swift to comment on the state of the local Labour Party, describing the decision to choose its candidate from an all-Asian shortlist as “an insult to local communities” and could benefit from Labour’s lowly standing in national opinion polls.

He was expelled from the Labour Party in 2003, having been found guilty by its national constitutional committee of four of five charges of bringing the party into disrepute after statements made on the Iraq War. But Mr Galloway remains a skilled orator, formidable debater and consummate self-publicist.

If I'm MP Manchester Gorton there will be nobody in the country doesn't know about it. Manchester's great, but Gorton can't be left behind pic.twitter.com/h0UkaMNwd2

Responding to questions about his lack of any connection to Gorton, he said in typical style: ““It’s true I’m not local, but then neither was Sir Matt Busby. Neither was Sir Alex Ferguson nor Pep Guardiola nor José Mourinho. Like them I want to work for you, for Gorton, for Manchester,” he wrote.

“I am, like Sir Matt, a Scot of Irish background. There are plenty of us around Manchester. My 40-year relationship with Pakistan and Bangladesh, my 40 years with the Arabs, mean I can speak the language. I can talk the talk but I also walk the walk.”

If some people wrote him off as a serious politician in 2006 when he notoriously lapped milk like a cat from the cupped hands of actress Rula Lenska on TV’s Celebrity Big Brother, Mr Galloway had other ideas.

In 2013 he pulled off a stunning by-election win in Bradford West, a constituency with some similarities to Gorton, beating Labour’s Imran Hussein into second place. Though he subsequently lost the seat at the General Election in 2015, the by-election result was extraordinary, described at the time as “a one-off political coup by a political one-off”.

Ironically, the Labour candidate he beat had been selected ahead of Afzal Khan, Mr Galloway’s main opponent in Gorton.

Typically, Mr Galloway confronted head on the fact he is an arch opponent of the European Union in an area that voted to remain in the EU.

He wrote in his campaign diary: “I dealt with my reasons for being a Brexiteer. They were cheered to the echo.

“My opponent [Mr Khan] – it is already a two-horse race – has, as an MEP, millions of good reasons for loving the monster that is the EU. His campaign initially thought my Brexit record might be my Achilles Heel. I suspect he now knows and with more than 30 days to go, that like with so much else inside the bubble, that is the opposite of the truth.”

Can he pull off another “one-off”? The odds are against it. Then again, the odds were against Leicester City, Brexit and Trump.