Back in 2019, Maray hosted a one-off dinner to welcome Bundobust to Liverpool – and now, they’re repaying the favour as the Middle Eastern restaurant prepares to launch in Manchester.

Until Sunday 22nd May, Bundobust Brewery on Oxford Street along with their Manchester Piccadilly and Liverpool Bold Street restaurants, are offering a selection of Middle Eastern-Indian fusion to the specials menu with a new series of collab dishes.

They’re just perfect for dipping with the Maray sauce trio of harissa, zhug, and tahini (£2). 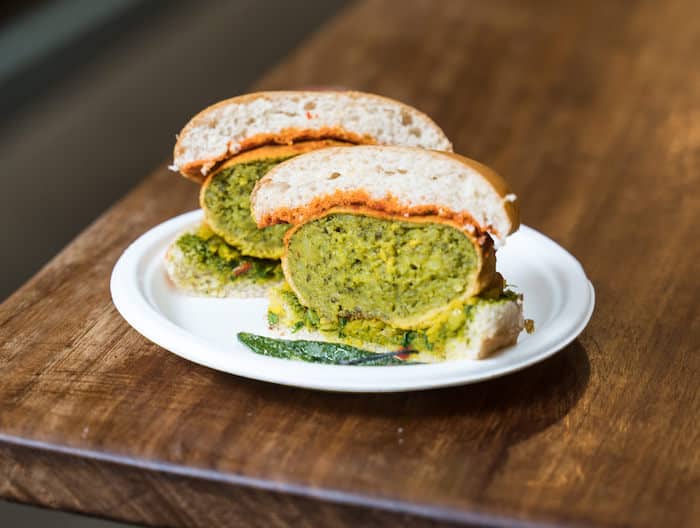 The ‘valafel pav’ (£7) takes Bundobust’s signature deep fried potato ball in a bun and introduces it to Maray’s falafel, resulting in a delicious deep-fried potato-falafel hybrid ball served in a soft brioche bun with spicy harissa and onion chutney.

This special menu is available as single dishes, or as the ‘Bundobust x Maray Combo for 2’ (£33), which contains all of the collaboration dishes plus a Bundoy chickpea and spinach chloe saag. 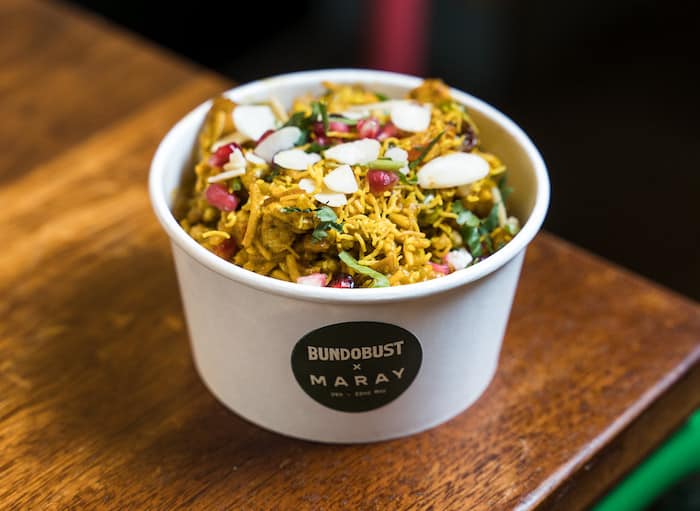 Plus, £2 from every combo and £1 from every Valafel Pav sold will be donated to Eat Well MCR, the social enterprise providing chef made meals to people in need.

Maray’s three founders, Thomas White, James Bates and Dom Jones, all hailed from various backgrounds within the hospitality industry but shared a joint, fanatic adoration for the Parisian district of Le Marais.

It’s from this melting pot of food, drink and culture they drew their inspiration – and following their success in Liverpool, they will launch their new Manchester restaurant this summer on Lincoln Square.

The Bundobust x Maray menu is available until Sunday 22nd May at both Manchester restaurants, Bundobust Oxford Road and Piccadilly.