Bring back the Breville: a toastie restaurant is coming to town and it’s got Manchester written all over it 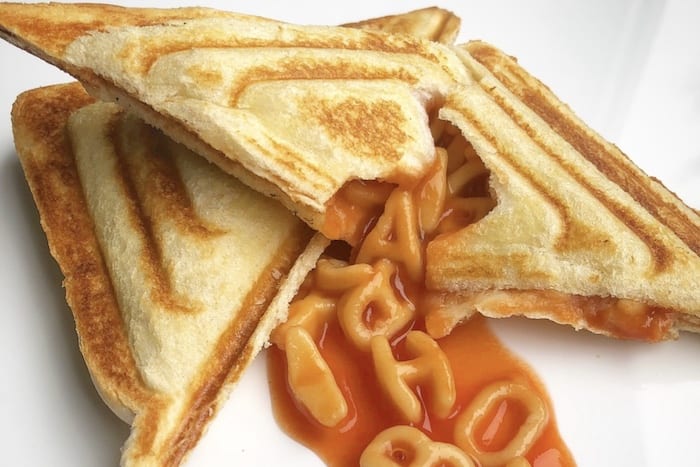 Don’t get us wrong, we love grilled cheese. There’s always a place for toasted sourdough with an artisan cheese blend – and there are plenty of great places in Manchester to get your fix.

But for those of us old enough to remember the time when a toasted sandwich meant bog-standard sliced white stuffed with cheese and beans and toasted into neat sealed Breville triangles the temperature of the sun (but we tried to eat them straight away anyway despite the molten filling), news that a proper toastie restaurant is coming to Manchester is most welcome.

The nostalgic joy is shared by Barry Chui, whose new restaurant Frankie’s Toasties opens on Portland Street this month. 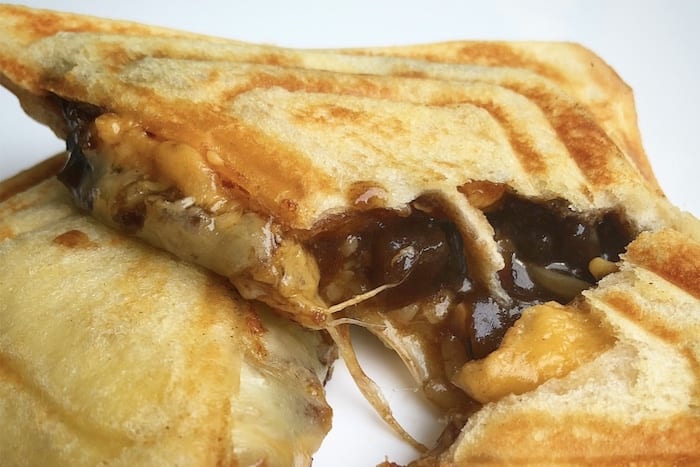 “I came up with the idea one Sunday night a few months back,” says Barry.

“I was chilling in my house and was starving but had nothing in the fridge apart from half a pack of grated cheddar. I looked in the cupboard and spotted a tin of Heinz baked beans hiding at the back, so I thought, these are getting smashed in the Breville.

“It was only after I thoroughly enjoyed the culinary masterpiece that I realised that literally everyone loves a lip scalding toastie.” 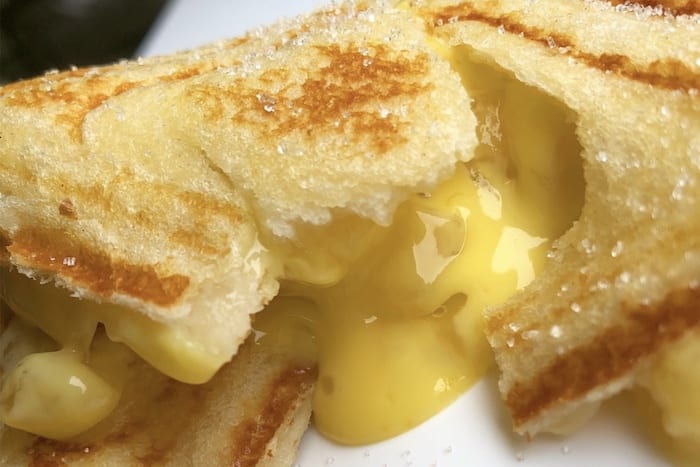 The menu at Frankie’s will feature 32 fillings, with prices around £3 – £4. Fillings range from old-school cheese and Marmite to pepperoni with pizza sauce and nacho cheese sauce with jalapenos and tortillas.

Locally-named specials include a Mancunian Mam’s Special with cheese, ham and ketchup; Coronation Street (with Coronation chicken); and the Salford Super Noodle Butty.

There is also a range without cheese, including retro Alphabet Spaghetti, or creamy vegan mushroom for something a bit fancier.

And dessert lovers needn’t miss out. There’s a range of sweet toasties, from Nutella and banana or peanut butter and jam to a chocolate bar melt with Caramac, Mars, Galaxy or Boost. 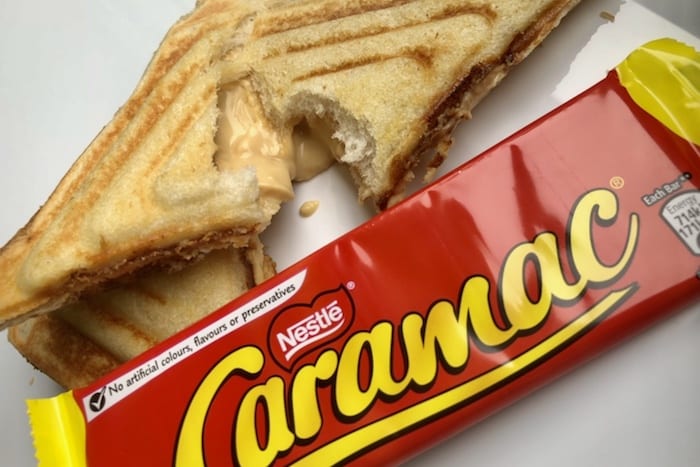 Barry believes that Frankie’s is among the first places with such an offering.

“After starting Frankie’s Toasties, I’ve been searching for someone who has done the same thing,” he says.

“I found a few places in Australia (they call them jaffles) but I cant find any shop in the UK that just specialises in just toasties. There’s loads of grilled cheese places and panini places but no toastie places.

Drinks at Frankie’s include hot Vimto, while soft drinks include Sunkist for a full-on nostalgia hit. Selfie fans can add their own image to their coffee thanks to a ‘selfieccino’ coffee printer. 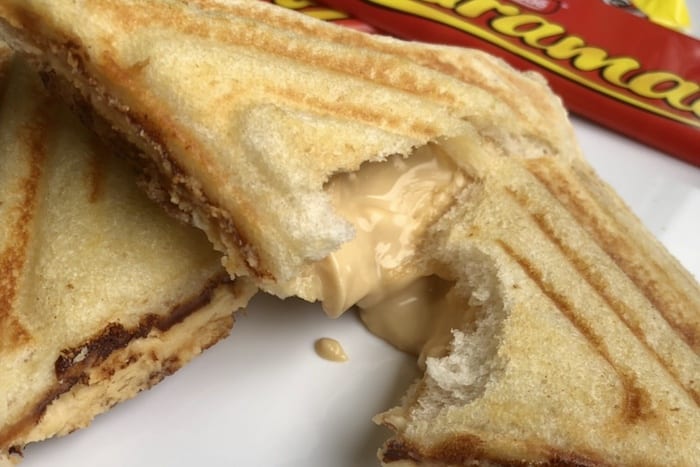 And who’s the Frankie behind the name?

“Well he’s just a top family pet, so top we named the place after him!” says Barry, whose great granddad was a Bull Terrier breeder in the 1920s in Salford.

The aim of the new restaurant is clear.

“We just aim on giving people comfort food that we all know, which of course is a straight up toastie,” says Barry.

No arguments here. It’s time to bring back the Breville.