About bloody time: the ultimate hangover cure delivered to your door

A niche cocktail delivery called Your Buddy Mary has relaunched this week to cater for those who have appreciated a home delivery – and copious amounts of alcohol – during lockdown.

A good Bloody Mary is a halfway house between a cocktail and a snack – which takes about as much time and effort as making both – and is your best buddy when you’re hungry and hungover.

You might not have the energy to put the effort into making a decent one when you’ve got a thick head.

Besides, even if you’re not hungover, a Bloody Mary makes morning drinking socially acceptable. And a brunch without alcohol is just a sad late breakfast.

Enter Your Buddy Mary, the brainchild of local food and beverage coordinator Simon Burgess and your new best mate when you’re suffering from the night before.

“What a f***ing week,” says managing director Simon. “I’m overwhelmed by the amazing feedback our ‘About Bloody Time’ mix is receiving and the support from the Bloody Mary fans of Manchester.” 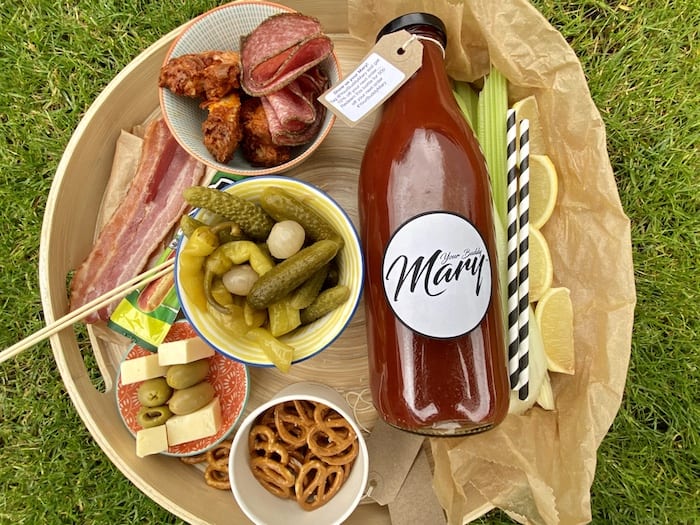 You say tomato, I say tomato. A Bloody Mary isn’t everyone’s cuppa tea, and from savoury and spicy to juicy and sweet, there’re so many different ways to make one.

Tomato juice is, obviously, a compulsory element of a Bloody Mary. It needs to be postbox red and as thick as a milkshake. Vodka and ketchup won’t do it.

Alcohol is pretty much non-negotiable. You can make a booze-free Virgin Mary – but without vodka, it just becomes one of your five a day.

“I’ve always been of the mindset that just because you like something doesn’t mean everybody else does,” continued Simon. 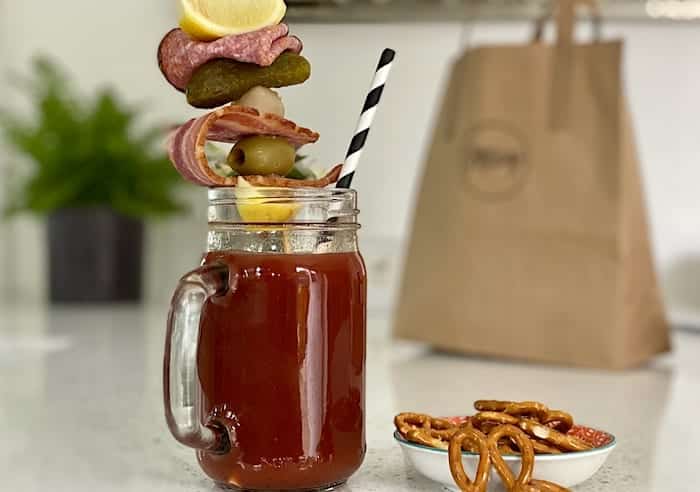 “This is especially apparent with Bloody Marys. Some love the citrusy notes, some love the tang from Henderson’s Relish, and one person’s nine on the spice level is another person’s four…  so to see everyone love the mix I can’t get enough of gives me both great relief and excitement.”

To save arguments, Your Buddy Mary have created their own bold, balanced and medium spiced signature mix called ‘About Bloody Time’ with the option to add extra Tabasco, horseradish sauce and garlic pepper (250ml £1.95 or 1 litre £5.95).

This still has the same punch as About Bloody Time (ABT), but without the paprika and with half the Tabasco, which Diane (Simon’s good friend Diane) has described as ‘perfect’.

All pre-made mixes are both vegan and gluten free. What’s more, Simon has some even more exciting twists and offerings up his sleeve, including two new specials.

You can also order garnishes and snacks such as celery sticks and lemon wedges (30p for 250ml or £1 for a litre), Scampi Fries, Bacon Fries, pickled gherkins (all £1) and much more. Just email or check Facebook for the full menu.

Greater Manchester delivery requires a minimum order of £7.95, with a delivery fee of £1 – £3 depending on your postcode, and payment will be taken via Paypal. Order by Thursday midday for a Friday or Saturday delivery by emailing your order and address to hungover@yourbuddymary.com