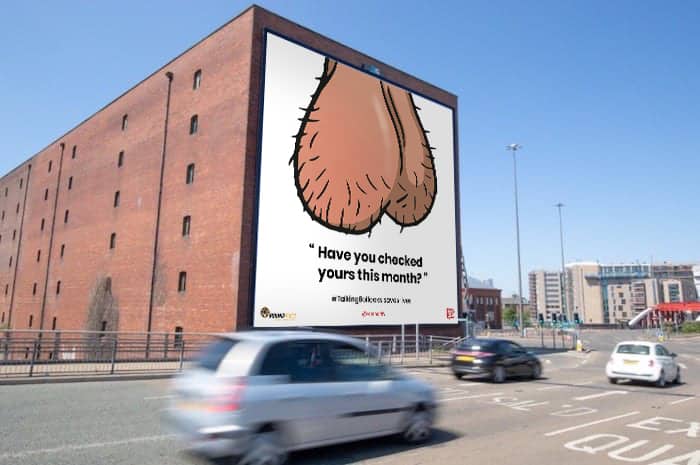 Not only is today April Fool’s Day, but the start of Testicular Cancer Awareness Month.

The Robin Cancer Trust are marking the occasion by projecting the biggest balls in the UK on Manchester’s I LOVE MCR flagship billboard as part of their #TalkingBollocks campaign.

And no, it’s really not an April Fools.

The Robin Cancer Trust was founded by Toby Freeman, 32, after tragically losing his brother Robin, aged just 24, to testicular cancer.

The charity, along with some local survivors of testicular cancer, are taking over the billboard this 1st April to encourage people to get into the habit of checking their balls this April, and every other month, to spot the signs early.

2,400 men are diagnosed with testicular cancer every year in the UK (more than six per day) with it being the most common cancer in men aged 15-45.

Testicular cancer is also on the rise, with cases increasing by more than a quarter since the early 1990s.

However, it’s also one of the most curable forms of cancer, if caught early, it’s 98% curable which is why monthly self-checks are so important. 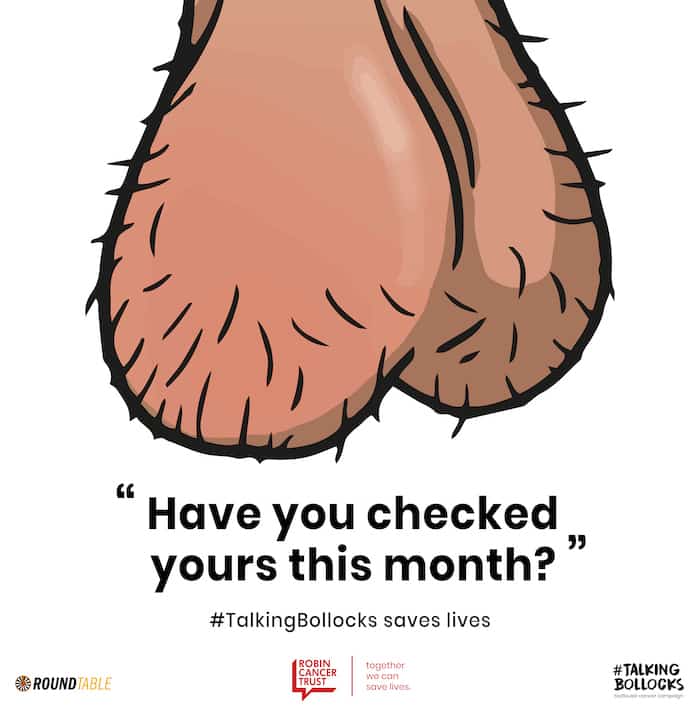 “Spreading awareness of testicular cancer in the most creative ways has always been our priority, so more people can see and act on our messages,” says Toby Freeman, founder and CEO of The Robin Cancer Trust.

“After seeing previous national campaigns on the billboard in Manchester I was obsessed with getting a pair of balls on there to encourage people to check their own, so we made it happen!”

#TalkingBollocks is The Robin Cancer Trust campaign created to get men talking about their bollocks and raise awareness of testicular cancer.

By starting conversations through the campaign, they can break down the stigma when it comes to talking about your balls.

Data from The Robin Cancer Trust shows that 90% of men are more likely to check themselves after receiving the charity’s awareness information, as well as 77% feeling more confident to visit a doctor if they were worried about testicular cancer.

If you have any of the signs and symptoms of testicular cancer, or have discovered anything not normal for you, then you must visit a medical professional.

If you need a nudge to remember, you can text BALLS to 70300 to get a monthly reminder. Standard network rates apply for your initial sign up text, after which all texts you receive from The Robin Cancer Trust are free. For more information, support and how to get involved, visit The Robin Cancer Trust. Click here to find out more.