Manchester is at the forefront of innovative research with scientists, clinicians and patients working together 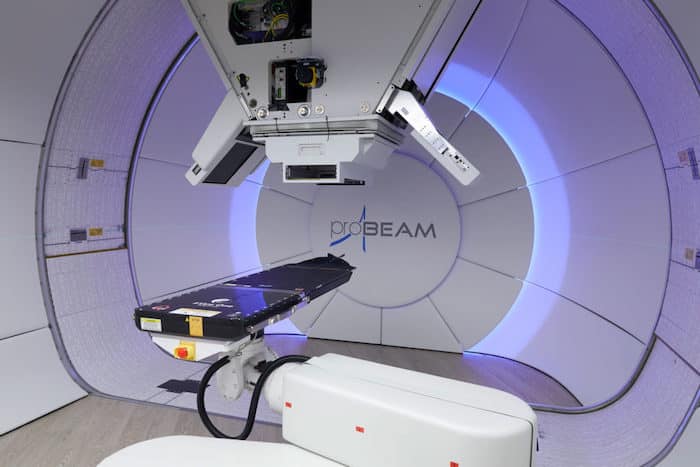 Now is a key moment in time when one in two of us will be diagnosed with cancer in our lifetime, yet more of us than ever before are living longer, and better with the disease and beyond.

Positive results that are thanks to an ever-increasing number of cancer treatments more specific to each cancer and the individual patient than ever before.

Research has driven astonishing progress in our ability to treat cancer – and Manchester is at the forefront of much of this innovative research with scientists, clinicians and patients working together. 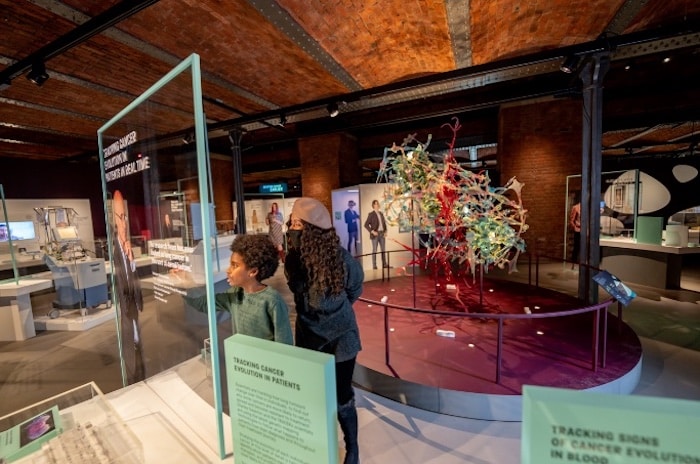 The Science and Industry‘s world first exhibition, Cancer Revolution: Science, innovation and hope, which is on until March 2022, shows how science is transforming cancer care and how researchers in Manchester, past and present are working innovatively to tackle this challenging disease.

Until the discovery of X-rays in 1895 surgery was one of the only options open to cancer patients. Through trial and error research it became understood radiation could kill cancer.

Initially x-ray treatment was only effective at killing cancer on or near the surface of the skin. Marie and Pierre Curie’s discovery of the radioactive element radium in 1898 changed that.

Radium was stronger than previous radioactive sources. Importantly for cancer treatment radium could be implanted inside the body to reach tumours deep below skin level.

What is the surprising link between a famous Manchester brewing family and the world leading radiotherapy treatments at The Christie?

In the 1930s Radium became one of the most expensive materials in the world because of its rarity. Like today’s big charity drives Manchester’s Holt brewing family promised £4,000 as an initial donation to set up the Manchester and District Radium Fund.

By August 1914, a total of £31,000 had been raised through local community fundraising efforts. In 1932, renamed as the Holt Radium Institute, it joined with the Christie Hospital and moved to their site in Withington.

With the help of the Holt Radium Institute the Christie NHS Foundation Trust became famous for its targeted use and research into radium.

The scientists asked questions about how much radium, and in what size doses, should be used to treat cancer.

They devised what became known as the ‘Manchester method’, the first international standard for measuring and determining the most effective dose of radium therapy.

The Christie NHS Foundation Trust is now one of the largest specialist cancer hospitals in Europe.

Importantly this treatment causes less damage to tissue and allows a faster recovery with fewer side effects. This is particularly welcome for children and young adults, whose bodies are still developing.

During the day the beam of protons is used to treat patients across three different treatment rooms. By night it is used for research to continue to improve and advance treatment.

Anything that can be done to make cancer treatments and monitoring less invasive is welcomed in cancer care. Often the only way to track cancer that is spreading is to remove tumour samples by repeated surgeries.

Professor Caroline Dive and her team at the Cancer Research UK Manchester Institute are working on a project called TRACERx.

Their research is developing tests called ‘liquid biopsies’ to hunt cancer cells that have broken free from tumours and are circulating in the blood.

They use a CellTracks device to catch these cancer cells. In 1 millilitre of patient blood, they are looking for as few as 200 circulating tumour cells among 5 billion red blood cells.

Once captured each individual cancer cell has its genetic make-up analysed to reveal how the cancer is changing.

TRACERx researchers are also looking for small pieces of DNA that dying cancer cells release into the bloodstream. They have found evidence to show that finding cancer cell DNA in an individual’s blood before their first surgical treatment means that their cancer will probably return.

This knowledge will help to plan patients’ treatment ahead of the cancer returning.

CAR-T cell therapy, is a new form of cellular immunotherapy treatment, used to treat patients at The Christie. It has become a standard therapy for some types of blood cancers and is now being used in clinical trials for patients with certain solid tumours too.

CAR-T cell therapy involves patients’ immune cells being collected from their blood. These cells are then ‘retrained’ with gene editing and returned to the patient’s body. These retrained cells are better able to target and treat the cancer cells specifically.

Specialist nurses and equipment are used to extract the immune cells. It can be gruelling for the patient as it takes up to 5 hours, attached to a special machine, to just collect the cells. The cells are then sent to laboratories in the United States or Europe to be ‘retrained’.

This is done on a patient-by-patient basis. It is expensive and time consuming. However, this radical new form of treatment is saving the lives of patients who have often run out of other treatment options.

CAR-T therapy is still in its infancy and trials need to continue to allow it to become a standard treatment in the future. Trials involve a great deal of time and patients.

Lead clinical nurse Kelly Watts has a unique role as it involves both a clinical and research role in delivering CAR-T therapy. She co-ordinates all aspects of the patients care and supports families and children going through a difficult and emotional time.

“The research we do at the Royal Manchester Children’s Hospital is important to moving forward cancer treatments, and CAR-T is just one example of how this has helped to deliver new treatments,” says Kelly.

“This is why I am passionate about what I do, and a big advocate of research.”

Manchester is home to another pioneering scheme based at Wythenshawe Hospital. Led by Dr Philip Crosbie and his colleagues it uses targeted screening to uncover lung cancer in those most at risk.

During the initial trials between 2016-2018 more than 2,500 people took part by taking a breath test and answering a health questionnaire. About half of these participants were offered an immediate CT scan.

The Targeted Lung Health Checks scheme wanted to make it easier for people to access health checks – so they took their equipment and went out into Manchester and parked up the mobile CT scanner in carparks.

Overall, they found one cancer case for every 33 people screened, three times as many as traditional methods of screening and diagnosis. This style of targeted lung health checks are now being trialled across England.

Early detection is one of the best ways to ensure successful treatment. The scheme would not have been possible without the team at Wythenshawe Hospital who strove to take their innovative technology to those most at risk.

This past year has been dominated by the challenges and effects of the COVID-19 virus. The pandemic has highlighted the value of science and medical research, and what can be achieved with collective focus and collaboration.

Likewise, innovations in science and ideas are our route to beating cancer. Manchester’s part in these life changing trials and research is creating a future where people can live longer and better with the disease.

To find out more about the amazing role Manchester has played in the cancer revolution and to discover lots more personal stories and cutting-edge treatments, book tickets for the world first Cancer Revolution: Science, innovation and hope exhibition at the Science and Industry Museum.