The top ten best nights out in Manchester according to TripAdvisor 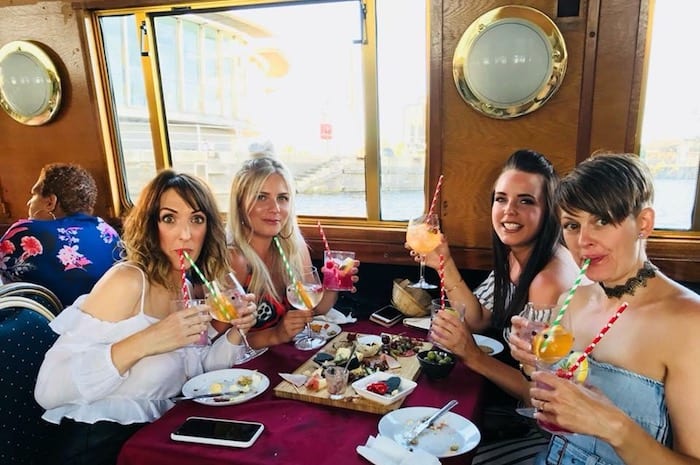 We all know Manchester has just about everything you could wish for on a night out – great bars, buzzing live music venues and cool clubs.

But while we all might have our favourites, what are the most popular nights out, as rated by the public?

Public reviews website TripAdvisor has a total of 231 venues listed in their best nightlife section, so we checked out which venues are currently listed in the top ten.

And, with a mix of traditional boozers, quirky cocktail bars, the best live comedy and music venues and even boozy cruises, it’s actually a pretty decent list to cover all possible bases for a great night out in Manchester.

Here’s the top ten list according to TripAdvisor, in reverse order, as of February 2019. 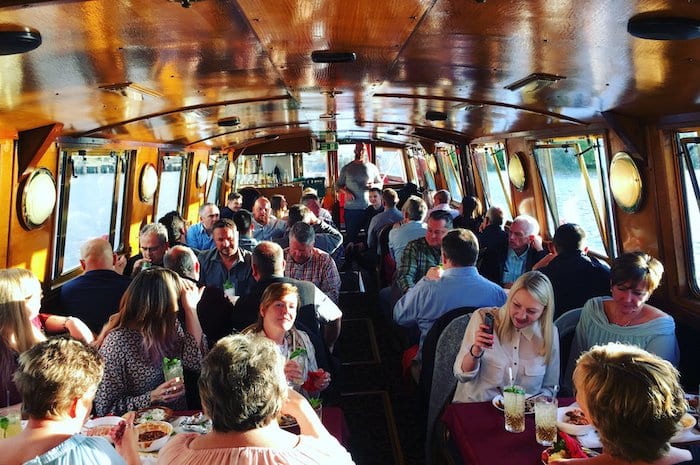 Cocktail experts The Liquorists combined their love of mixology with Manchester’s waterways to create booze-fuelled cruises that have been delighting revellers along the River Irwell, around MediaCity and Castlefield for the past nine years.  Upcoming events include a cheese and wine cruise, the “rum runners’ revenge” and the extremely popular “Gincident” gin cruise that sells out fast.

Reviewers on TripAdvisor have given it a big old thumbs up, with comments including: “these events are brilliant, can’t recommend enough” and “brilliant atmosphere, tasty gin cocktails and some cracking views of Manchester/Salford.” 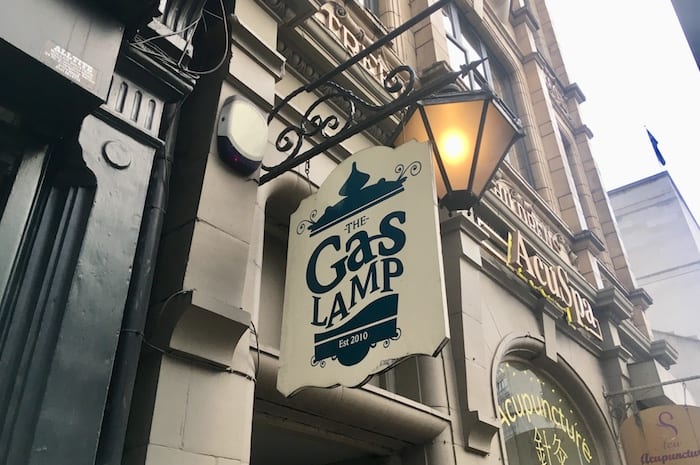 This quirky Victorian-themed drinking den is nestled in a basement on Bridge Street, offering a vast range of whisky, gin and cask ales.

Reviewers praise the interior and drinks selection, with comments including: “It’s a bit quirky and looks like a renovated underground station”, “an interesting cellar bar to drink in with its Victorian glazed brick walls” and “This bar is a must for tourists and locals alike”. 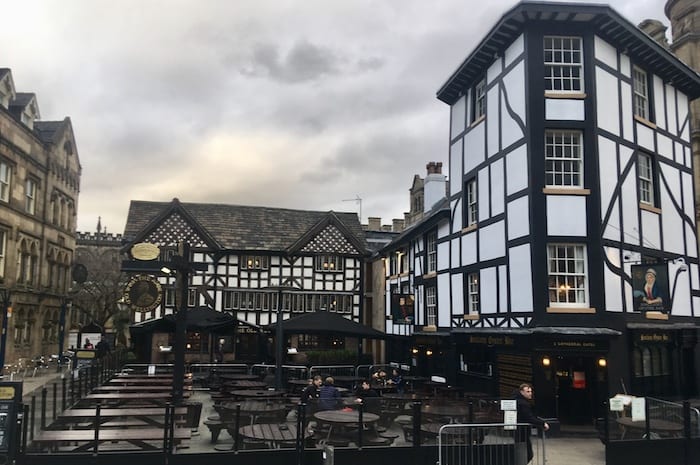 Boasting one of the largest outdoor terrace areas in Manchester for outdoor drinking, The Shambles denotes the area bordered by historic medieval pubs The Old Wellington and Sinclair’s Oyster Bar.  The black and white timber pubs were famously moved here and rebuilt brick-by-brick in 1999 next to Manchester Cathedral as part of the redevelopment of the city centre.

The pubs are historic landmarks beloved of tourists to the city and are particularly busy on match days.  Reviewers on TripAdvisor hail The Shambles as “one of the most fun places in town”, “the atmosphere is great, the surroundings pure history” and “beautiful old buildings to wander around”. 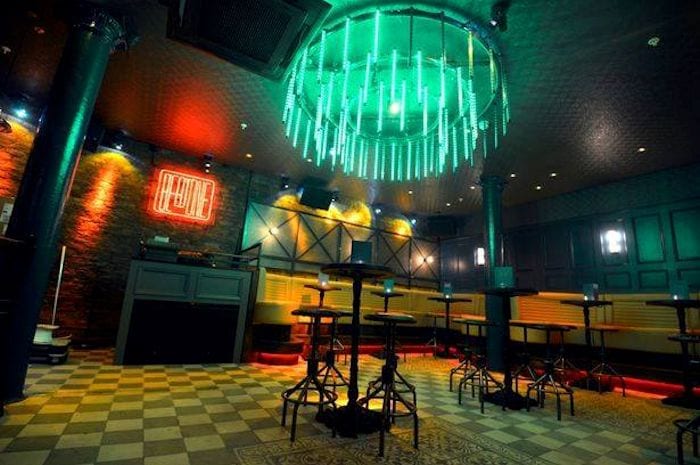 Located in the basement space once inhabited by The Circle Club, Be At One has been quietly gaining a reputation as the coolest hidden gem in town since launching here in 2016.  The focus is on cocktails, and reviewers love the “fun ambience”.  Comments include: “If you’re looking for a trendy cocktail bar with reasonable prices this is the place to go”, “great vibe, great music, great staff and 150 cocktails to choose from!” and “been a few times now and never disappoints.”

Be At One, 13 Barton Arcade, off Deansgate, Manchester 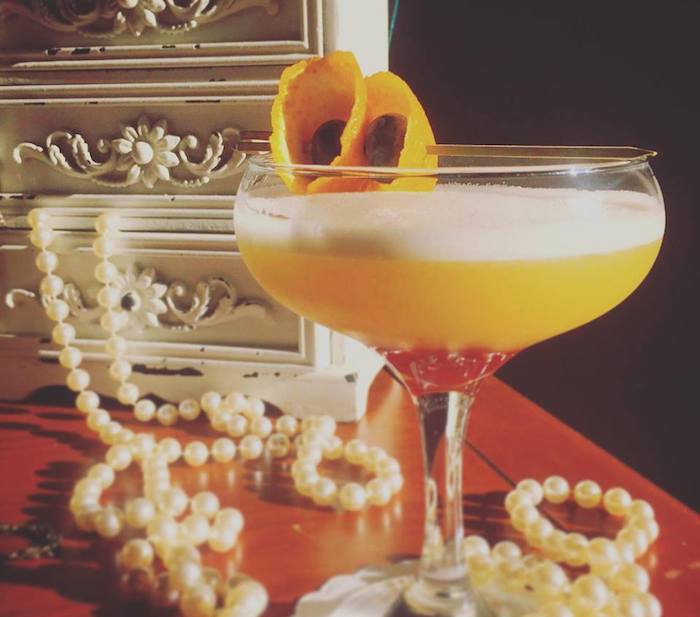 One of Manchester’s newest bar concepts. Take your own selection of booze, and the expert bar-tenders create a whole raft of amazing bespoke cocktails for you!  Bring and Mix launched last year in Chorlton, and has fast won an army of fans impressed with the mixologists’ ability to turn “leftover dregs” as one reviewer put it, into “an incredibly variety of drinks”.

You must pre-book for this one. See Bring and Mix for details.

One of Manchester’s smallest pubs, but clearly big on charm according to all the rave reviews on TripAdvisor.  This Portland Street traditional cask ale pub is a favourite thanks to its friendly bar staff and cosy interior.  Reviewers praised it as “an absolute gem of a pub”, “compact but full of character” and “the service was great and the regulars were very friendly”. 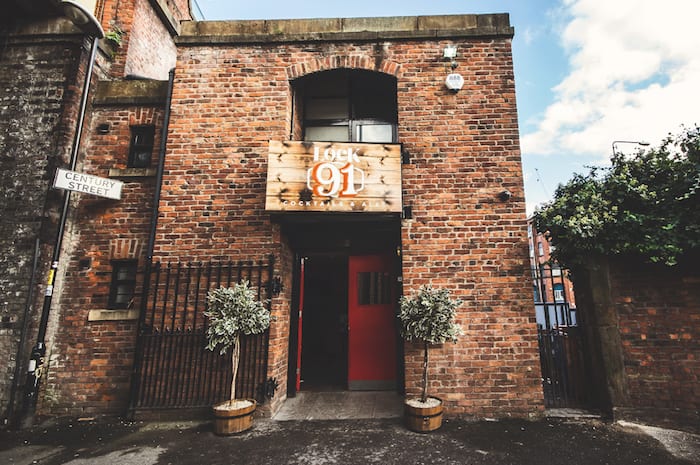 This is one of Manchester’s quirkiest bars, spread over three floors and overlooking the canal. It’s based inside the former lock keeper’s cottage on Deansgate Locks which dates back to the 19th century.

The attic on the top floor is a popular place for private parties, and gets a big thumbs up from reviewers, whose comments include: “what a venue”, “the venue is beautiful, characterful and unique” and “this bar is a must visit for anyone in the area.”  It also boasts outdoor terraces handy for those rare sunny days. 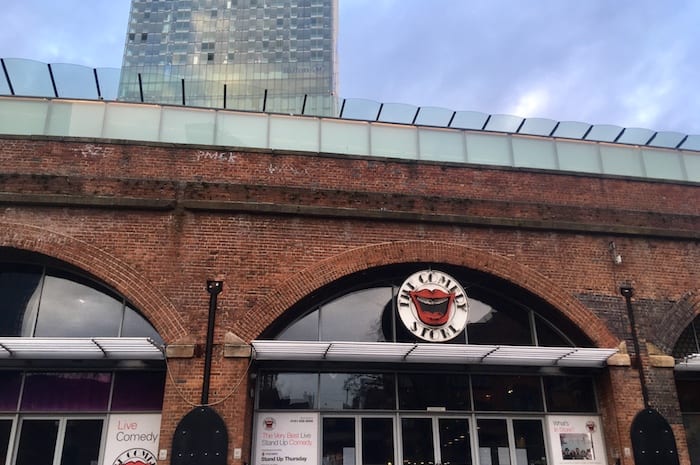 Manchester’s legendary stand-up comedy club remains an ever-popular destination, and has hosted pretty much every big name in comedy over the past 19 years.  TripAdvisor reviewers had high praise for the venue’s staff, drinks and hot food offering. Typical reviews include: “Food was good, staff friendly and comedy funny.”

Band on the Wall

One of Manchester’s most iconic live music venues, Band on the Wall gets a resounding thumbs up from reviewers.  People love the eclectic mix of music styles and quiz nights at the Northern Quarter venue, and praised the “intimate venue” “great staff” and “stylish and well-furnished bar”. 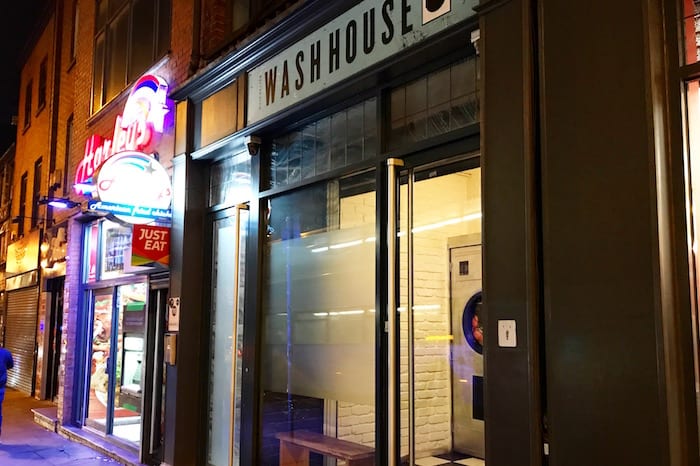 And the best night out in Manchester according to TripAdvisor?  It’s The Washhouse, one of the city’s most popular “secret” bars.

Hidden inside what appears to be a laundrette (note – they will not be catering for your dirty washing), booking is essential.  You have to reserve your place by sending a coded tweet to their account @washhousemcr or doing that old fashioned thing of actually ringing them up during the week between 12noon and 4pm.

Reviewers on TripAdvisor loved the quirky little cocktail bar, hailing it “brilliant” and “one of the best bars in Manchester for sure” with one posting: “The whole experience of having to book at certain times and finding the number and paying a deposit added to the fun, my friends loved the mystery”.