Ben Haenow on life after The X Factor, parting ways with Simon Cowell and his latest album 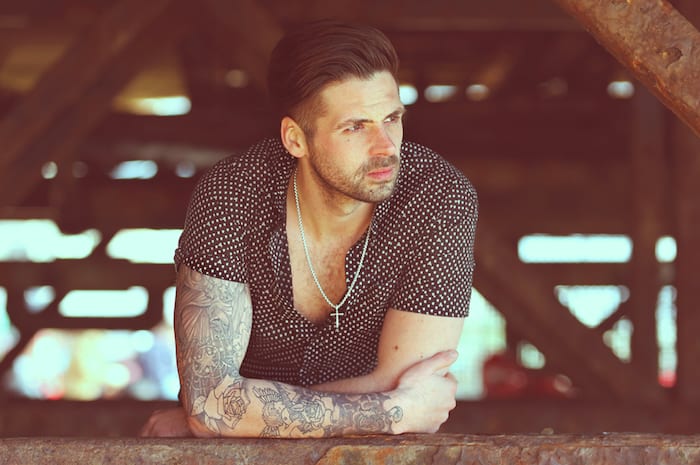 From van driver to winning the X Factor – Ben Haenow has had an incredible journey.

You may remember him as the rightful winner of ITV’s The X Factor in 2014. Now after parting ways with Simon Cowell’s record label SYCO, he’s back with a new album – and he’s coming to Manchester on tour.

Having performed in various bands since the age of 15, after winning The X Factor and landing the Christmas number one with his debut single cover of One Republic’s Something I Need four years ago, the 34 year-old singer released his self-titled debut studio album in November 2015, which featured a duet with international music sensation Kelly Clarkson.

Now he’s back with his latest album Alive which he co-wrote with his brother.

How did the X Factor change your life?

It was an amazing experience, with so many cool memories. I met a lot of great people on the show and had the opportunity to sing with some of my music heroes. A duet with Ed Sheeran and sharing the stage with Queen were definitely two of the highlights and things I never would believe I’d be doing. It was difficult to deal with sometimes being thrust into the public eye and being so open for people’s opinions and criticisms and almost having your whole life on display. But I guess that’s what you sign up for when you do a show like that.

Tell us about your career since winning the show

It was such a great platform for me and winning the show has given me the career I’ve always wanted. I’ve released two albums and I’ve been on three headline tours so far. I still get to travel all over the world playing shows in different countries and meeting different people. It has its moments for sure and can be up and down, but to be honest it doesn’t feel anything like work doing something I love for a living. I couldn’t be happier with how everything is going.

What has been your biggest achievement in your career so far?

I think the independent release of my second album was a big one for me. It was actually pretty scary releasing music on my own after having the support of a major label behind me last time. It was quite stressful wondering how it would go, if people would even listen to it etc ,but it was really well received by my fans and I was really happy and very proud of the album as a whole.

Tell us about your latest album

I guess it was quite an autobiographical album in some ways and was probably quite heavily influenced lyrically from my time after the show and after leaving the SYCO label. I wrote all the songs myself along with my brother which was great fun, and felt kind of liberating, but also quite scary too. It was great to have full creative control of the sound and the music itself, but it felt quite a big thing to take on at the time. I’m really happy with all of the tracks and how they turned out but a personal favourite for me lyrically is Rising. It’s a song I wrote about my wife and is a really special song for both of us. I’m just glad she likes it.

How does it feel to part ways with Simon Cowell’s record label SYCO?

It feels quite empowering really knowing that I can still release music and have generally more control over everything. It’s a great thing overall. There are so many more options for independent artists to get seen and heard nowadays with social media playing a huge part. The platform The X Factor gave me and the fans who followed me from the show are really the ones that keep me going. Their support has been incredible and it kind of gives you the drive to pick yourself up and carry on, knowing that people still want to hear your new stuff even after maybe losing a little confidence after initially parting ways with Simon.

You’re visiting Manchester as part of your tour this April – what can fans expect?

I have played in Manchester a few times with my full band set up on tours before and it’s always a really great vibe, pretty rowdy. The city itself has a great music scene and culture and the people are really friendly and all seem pretty cool. As it’s an acoustic tour this time, we are doing slightly more intimate shows and the songs are all a lot more stripped back. It’s just going to be me and my brother, two guitars and a mix of my old and new tracks. I’m hoping it’ll be a big sort of singalong vibe really.

Would you ever make a return to TV?

No major plans to return to TV as of yet but I wouldn’t rule it out. I’ve been working on new music with some great people and looking to get another album together so I’m really still concentrating on music as it’s what I love. I’m also obviously getting ready for the tour which I’m very excited about and just generally getting out and about playing live. It’s my favourite part about being a musician.

And finally, what do you love most about Manchester? ‬

I think the overall vibe of the place and its community spirit. The passion and pride people have for their hometown is great and kind of infectious when you’re there. How everyone came together in adversity after the atrocities of the arena bombing was incredible and inspiring. I think it’s people that make a place great, and the people of Manchester are definitely pretty awesome.

Ben will be playing the Deaf Institute on 19th April as part of his acoustic tour.