“The new bus network will add 300 buses to Greater Manchester’s public transport system by 2025, in a huge boon for local people.”

Andy Burnham has today (22nd September) revealed what the new buses will look like on the highly anticipated Bee bus Network.

It is hoped that the new network will revitalise public transport in Manchester, reducing both congestion and cutting down on our carbon footprint.

The move marks a bid from Manchester Mayor Andy Burnham to provide a ‘London style’ transport system with an eye on sustainability for future public transport.

He said the project was gaining ‘real momentum’ as he today (22nd September) unveiled the distinctive black and yellow design, which features the new Bee Network Logo. 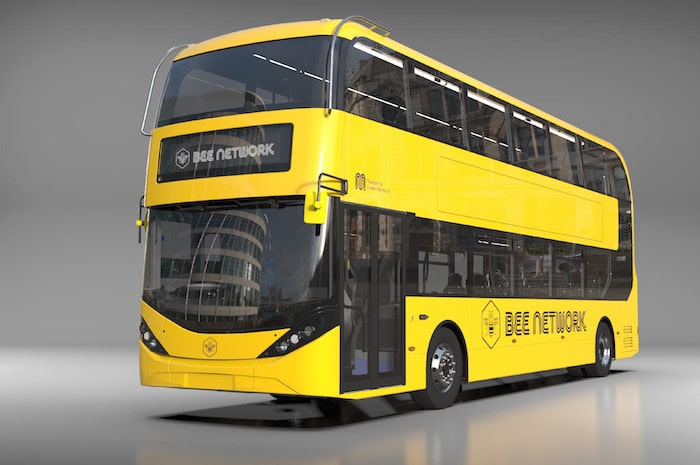 Mr Burnham said: “Our vision for the Bee Network is bold and our case compelling; but is nothing more than our people deserve.

“In Greater Manchester, we are leading the way when it comes to improving intra-city transport and connectivity between our villages, towns and cities.

“The previous government bought into what we are trying to do, and I underlined the importance of this partnership approach continuing during my meeting with the new Transport Secretary yesterday. 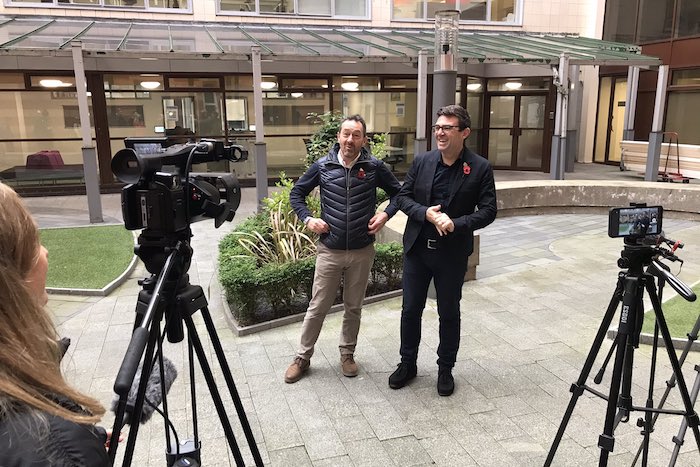 “By working together, we will realise our ambitions and deliver a network that will transform how people get around our city region – not just in the years ahead but for future generations.”

Mr Burnham added that this move was vital in helping with the cost of living crisis.

Earlier this year, Mr Burnham announced lower bus fares with a cap on single journey fares and a daily ticket of just £5 in a bid to get more people onto public transport. 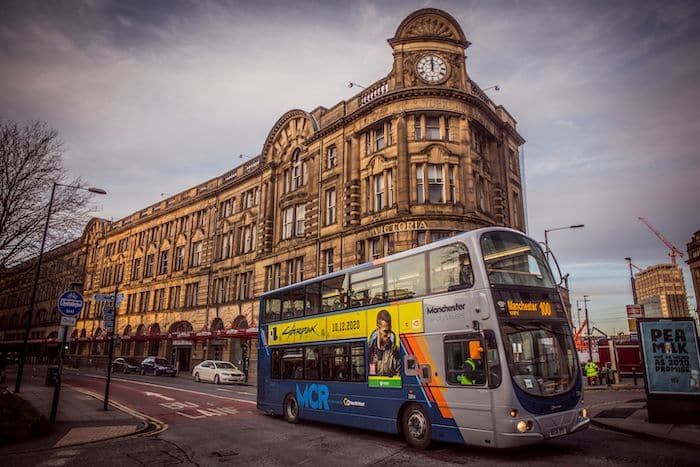 The first buses are due to operate across Wigan and Bolton from next September.3

This will be followed by services in Bury, Rochdale, Oldham and parts of North Manchester from the end of March 2024.

Stockport, Trafford, Tameside and South Manchester and Salford will be served from January 2025.

The move is set to singlehandedly reduce emissions across Greater Manchester by 1.1 million tonnes per year as the Council aim for their target of becoming carbon neutral by 2038.

The Alexander Dennis buses will have audio-visual announcements of stops, charging points for mobile phones and contactless card payments readers.

They will be built in Scarborough.

There was also an emphasis on how safe the new service will be after Transport Commissioner Vernon Everitt conceded that antisocial behaviour could be ‘a real barrier’ to people using public transport.

He revealed that Greater Manchester Police will treat the transport network as the “11th district”, giving it the same status as other boroughs.

He said: “Ensuring people feel safe to use public transport is every bit as important as the changes we are making to services, fares and ticketing, and we know perceptions around crime and antisocial behaviour can be a real barrier to people travelling.

“We are doing more than ever to deter those committing crime and anti-social behaviour and why are delighted to confirm that public transport and active travel facilities will be included as part of GMP’s excellent operation Avro initiative, effectively making the network an ‘11th district’ of Greater Manchester.

“This represents a major coordination of enforcement and support teams, now and in the future and is a key moment as we build the integrated Bee Network transport system that this growing region of the country needs, driving economic growth and creating new jobs, housing and opportunity for all.”

The 50 new buses will be funded by the government’s City Region Sustainable Transport Settlement (CRSTS), with around 300 more electric buses to be delivered from 2024 through 2027.

A further 170 electric buses, funded from the DfT’s Zero Emission Buses Regional Area (ZEBRA) scheme, will run in Stockport from 2024.

The move is part of a huge drive from Transport for Greater Manchester to reduce the number of trips we make by car.

Transport for Greater Manchester will next week launch ‘their biggest campaign ever’ to get people back on board their local bus and make a move to more active travel.