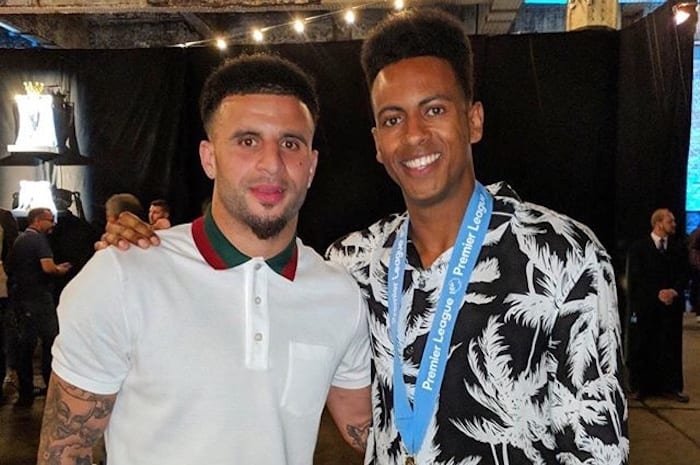 He is a rising star at the BBC and has made a name for himself as a presenter at Manchester City – even though he shares that name with one of the club’s star players.

Meet radio and TV presenter Kyle Walker – not to be confused with the Blues and England defender of the same name!

BBC Radio Manchester host Kyle, 26, takes it in good humour whenever people mistake him for his namesake on social media – and he’s even had a laugh with the “other Kyle” when he’s been on duty reporting for Manchester City.

BBC star Kyle beams: “It’s become a bit of a joke that I have to say I’m Kyle Walker… Not that one!

“It’s been a bit of a blessing and I like to have a laugh and a joke about it as well.

“But if Kyle has a bad game for City, I know about it, my Twitter knows about it!” 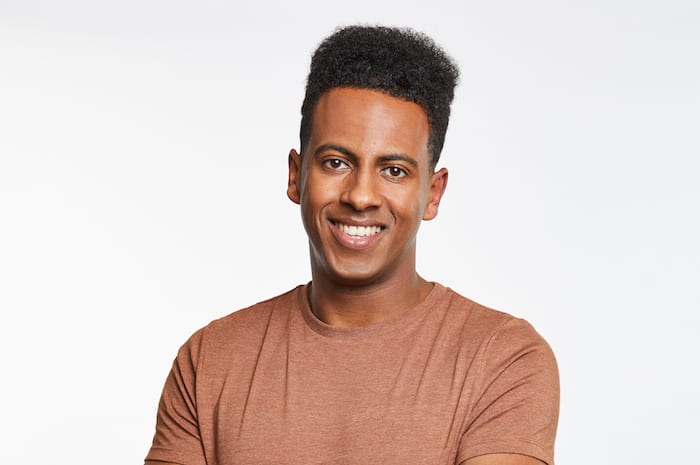 In his role as a presenter for Man City TV Kyle has met the “other Kyle” on a number of occasions and they’ve joked about their same name.

And footballer Kyle even now calls him “Walks” when he sees him – his own nickname among his city team-mates.

Broadcaster Kyle grew up in Fallowfield and was a pupil at the Manchester Academy in Moss Side.

He was always sporty at school but also had a passion for drama – which was furthered when he joined one of the youth schemes at the Contact Theatre and got to work behind the scenes on professional shows.

At school his teachers would chastise him for talking too much – but now he can see his “gift of the gab” has actually helped him to excel in his broadcasting career.

He laughs: “I did work hard, I was in all the top sets at school, but I did like to talk as well!  But now I can see that being able to talk to others that’s actually an education in itself.”

And it was a chance phone call from the football club he has followed since he was a boy, and a surprise meeting with the Blues manager, that paved the way for his current presenting jobs.

He says: “I’m a massive Man City fan, and they called me out of the blue and asked if could come and do a video, as a fan, in the northern quarter.  I got picked up in a taxi and Pep Guardiola was there!

“I was like ‘be cool Kyle’. But we had a great chat and the resulting video, I think it was City’s highest viewed video that year!”

He went on to host match days at City Square, which is where he was spotted by a BBC producer who asked Kyle to come over to MediaCityUK to chat to BBC Radio Manchester’s boss Kate Squire.

“I was given the opportunity to make some pilots and demos, and I just brought my personality to it.  It’s been amazing at the BBC, I’m learning so much and having fun at the same time.”

Kyle is one of the presenters on BBC Radio Manchester’s The Dead Good Show, which airs on weekdays at 7pm. Kyle’s Thursday night show is about giving the young people of Manchester a voice, something he feels very passionately about.

He says: “We might be talking about Brexit, relationships or even Love Island… it’s about being a young person and growing up in Manchester.

“What has been the best thing for me is giving people a voice, it’s quite refreshing to have young people on the radio and to celebrate young people from Manchester.”

The BBC Radio Manchester Dead Good Show is on Monday to Friday, from 7pm to 10pm, and Kyle Walker presents the Thursday night show.