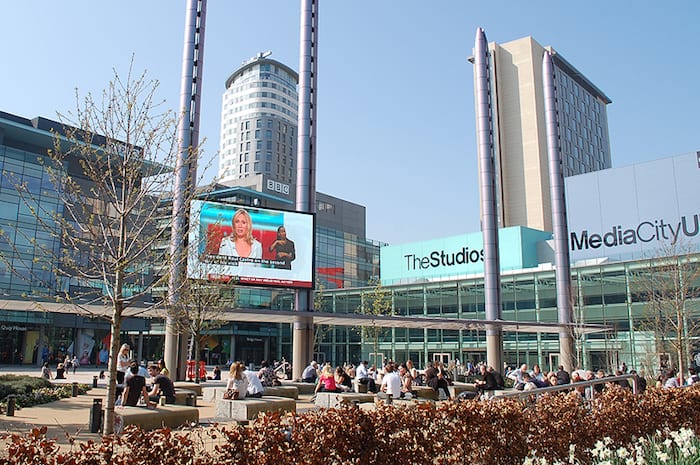 The BBC MediaCity is looking for talented individuals to work on some of its major digital services, including BBC Sport and live events as well as its Children’s, Education, Homepage and Content Discovery teams.

The roles are central to help the BBC reinvent itself for a new generation and deliver a more personalised BBC for all.

The jobs include engineers, product and project managers and UX designers. The roles will see staff working with content teams to design, create and test new technology, as well as helping build new apps, games and websites.

The move is part of a major expansion of the BBC’s roles in Salford, making it one of the largest tech employers in the north.

Alice Webb, director of BBC Children’s and BBC North, said: “We have enjoyed strong growth since we opened here six years ago and we now produce around 35,000 hours of BBC content from Salford per year.  Our digital teams have been absolutely central to driving the advances needed to deliver the highest quality user experience to our audiences.

“Here in Salford we will continue to lead the market by developing and delivering the highest quality, personalised experience of BBC services to audiences, and we need the brightest and best digital professionals to drive this forward.”

Earlier this week, director-general Tony Hall announced an extra £34m for children’s services including an enhanced online offer for children, with new forms of content and interactivity.

The BBC has also announced that it is doubling its hugely successful software engineering graduate programme based in Salford for those starting out in the industry.

BBC North opened in 2011 in Salford Quays. It is home to 3,000 BBC staff and some of the corporation’s best-known departments including BBC Sport, BBC Children’s, BBC Education, BBC Breakfast and BBC Radio 5 live.  BBC Radio Manchester and BBC North West Tonight are also based in Salford, along with 900 digital staff working on developing the BBC’s online offering.

The BBC’s arrival in Salford has acted as a catalyst to the wider tech sector across the region, with over 150 SMEs now operating in and around MediaCity, making everything from websites to apps and games.