Backstage at Parklife 2018: the bits you didn’t see from the best festival to date 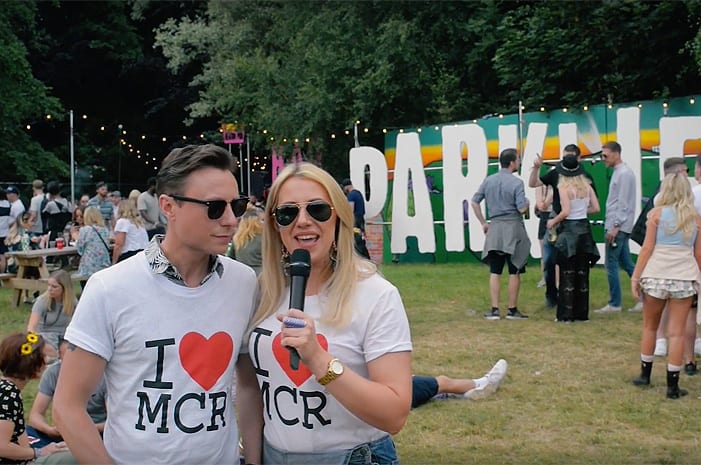 Parklife is over for another year. Headliners The XX, N*E*R*D, Liam Gallagher and Skepta absolutely smashed it. There was even some sunshine too, with the Manchester weather holding out for the most part.

We headed down with our presenters Gemma Hepworth and Nathan Morris (aka Milo Entwistle from Hollyoaks) to catch up with some of the acts backstage.

Here are all the bits you didn’t see.

We ran into notorious Manchester street performers The Piccadilly Rats, who switched Piccadilly Gardens for the main stage over the weekend.

We got the exclusive scoop from Sacha Lord backstage in the artist village on his new role as Manchester’s first night time economy advisor.

We spoke with up-and-coming house music trio Mason Collective ahead of their Saturday afternoon set about local fashion brands and throwing parties in the most random places.

Manchester super group Levelz opened their set by addressing the elephant in the field, asking “Who here is on drugs?” before launching into their LVL11 mixtape hit Drug Dealer.

IAMDDB wasn’t impressed with her reception on Saturday. She gave the crowd the finger and ended up cutting her set short after revellers started shouting for AJ Tracey, who was next on the line-up.

Mayor of Greater Manchester Andy Burnham introduced the Manchester Survivors Choir to the main stage on Saturday afternoon, who joined Prose to give a moving performance of their charity single A City United.

Comprised of parents and children who survived the attack, the choir were met with huge cheers as they made their appearance on stage.

Local grime hero Bugsy Malone urged fans at The Valley to shine the lights on their phones in memory of those who lost their lives in last year’s attack during his Saturday evening set.

Following a euphoric set on Sunday afternoon, we chatted to Nina Nesbitt who told us how much she loves playing in Manchester because the crowd’s always up for a laugh and we have such a great music scene.

Even though the heavens opened at the end of their set, Everything Everything expressed their pleasure to be coming back home and chatted about their favourite drinking spots and their first Parklife experience at Platt Fields. 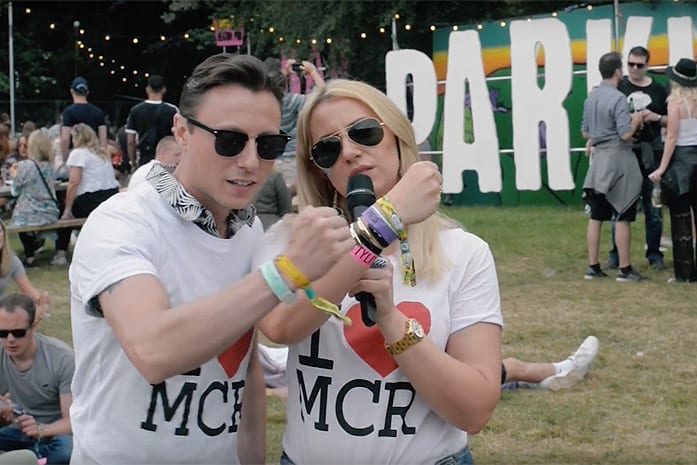 Lead singer Jonathan Higgs told the crowd during their set: “We’ve just come from Manchester in Houston. We all know which Manchester is better.”

Tickets for the 10th anniversary edition on Saturday June 8 and Sunday June 9 2019 are now on sale.