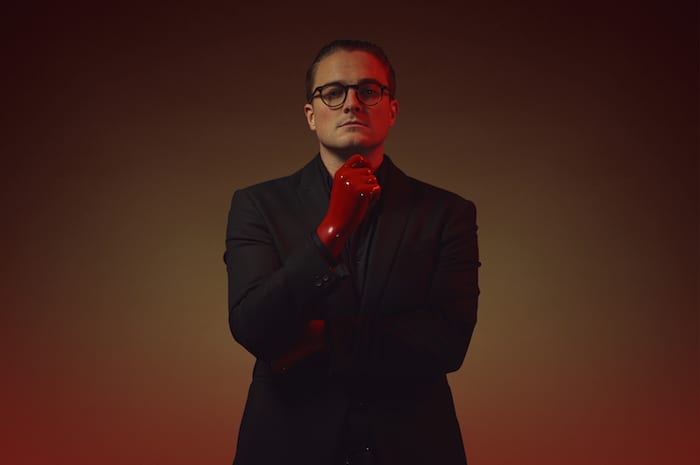 Starting out behind the bar at his local pub aged 16, Rossendale-born adopted Manc Joe Schofield has found himself at the top of his game after winning some highly coveted bartender awards.

He won both Bartender’s Bartender at The World’s 50 Best Bars awards and International Bartender of the Year at the Tales of the Cocktail Spirited Awards – the only person in history to claim both awards in the same year.

And following on from his highly successful year, Joe has now been named as the UK Red Hand for Campari. As a Red Hand, he will play an integral role in Campari’s campaign, creating his own signature cocktail and appearing alongside Hollywood actress Ana De Armas in the 2019 film Entering Red.

Currently working as group bar manager at Singapore’s world renowned Tippling Club, Joe is planning to make the move back to Manchester in the New Year so that he can focus on setting up his very own cocktail bar in the city centre with his bartender brother.

How did you first get into the hospitality industry?

I started working behind the bar when I was 16 years old working in the local pub in my home town. When I was 18 I went to Leeds to study contemporary art. This is where I fell in love with the trade. I started working in Jake’s Bar, which was my first insight into the cocktail world. After that I worked at The Liars Club in Manchester followed by some time in Sydney and Melbourne. I then came back to the UK to work at The Zetter Townhouse and The American Bar at The Savoy in London.

Tell us about the awards you’ve won

I have been fortunate to receive some very humbling recognition from my peers recently. I am the only person in history to have won Bartender’s Bartender at The World’s 50 Best Bars as well as International Bartender of The Year at The Tales of The Cocktail Spirited Awards. During my time at Tippling Club we were voted 31st Best Bar in the World and 7th Best Bar in Asia. We also received Top Ten nominations for World’s Best Cocktail Menu two years running, Top Ten Best International Bar Team and we won Best International Restaurant Bar, all at The Spirited Awards.

What does it mean to become a Red Hand for Campari?

For the last three years Campari have created short films called The Red Diaries. The films are based on the idea that every cocktail tells a story and this year’s film Entering Red follows Ana’s unexpected journey of discovery, filled with suspense, mystery and intrigue.This year I was honoured to be asked to be one of the Red Hands on the film. The collective of Red Hands are some of the world’s best bartenders handpicked by Campari to star as bartenders in the film and create a bespoke cocktail for the film. Being on the film set meant that I was able to brush shoulders with Hollywood actress Ana De Armas and I even got chance to serve Ana a negroni, which is one of my favourite cocktails.

What’s your favourite cocktail to make and why?

I love to make negronis. It is such a simple and elegant drink, which was one of the reasons I didn’t hesitate to say yes to being part of Campari’s Red Diaries campaign. The negroni is a timeless classic and very easy to replicate at home too. It is made up of equal parts of gin, sweet vermouth and Campari, served over ice with a slice of orange and a discarded orange twist.  As part of my role as a Red Hand I was challenged to create my own twist on the negroni, the Negroni Segreto, which adds muddled raspberries and rosewater to the original recipe to give a fruity, floral note. The Negroni Segreto has particular significance this year as 2019 is the 100th year of the negroni, and I am excited to see how bartenders and bars alike celebrate this milestone.

Which are your favourite bars in Manchester?

Manchester has a great bar scene. Some of my favourite places are Mojos and Hawksmoor for cocktails. Me and my brother Daniel also love going to some of the local pubs near our flat. The Britons Protection is a stunning venue and a great example of what a pub should be.

What’s been the proudest achievement of your career?

My proudest moment in my career was when me and my brother, an award-winning bartender in his own right, shook hands and finally decided to open our own bar. We are keeping the details under wraps for now, but it will be in Manchester. We have been working in the industry for over 23 years collectively and we can’t wait to share our vision.