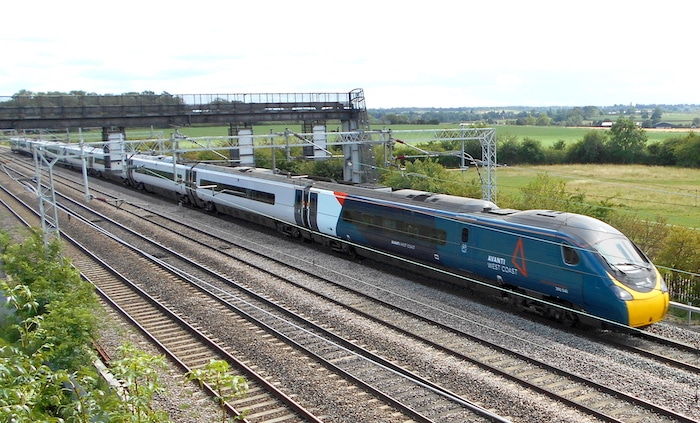 The Department for Transport has given Avanti West Cost a 6 month window to see “whether it is capable” of running the Glasgow to London route.

The company has come under fire for slashing train times in August.

Trains between London and Manchester were some of the worst affected by the changes.

Transport Secretary Anne-Marie Trevelyan said services on Avanti have been “unacceptable”, and that they “must to more”.

“While the company has taken positive steps to get more trains moving, it must do more to deliver certainty of service to its passengers,” she said.

“We have agreed a six-month extension to Avanti to assess whether it is capable of running this crucial route to a standard passengers deserve and expect.”

Mayor of Manchester Andy Burnham has said the company is “now on notice”, adding that they must now use this time as “an opportunity to improve services.”

He added that is marked a “shift in tone” from the Government, who he sees as finally recognising the crisis surrounding the country’s most important railway line.

Mr Burnham said: ““The damage that Avanti’s failing service is inflicting on our economy, and the huge disruption to passengers, is completely unacceptable.

“The company has shown itself to be unable to stabilise their service and fix problems with ticketing and the on-board experience for passengers.

“The thought of another six months of what we’re currently experiencing is a huge concern.”

In August, the operator slashed their time table from seven trains per hour to a minimum of four while also stopping ticket sales.

The changes were blamed on ‘severe staff shortages’.

Mr Burnham continued: “From here, Greater Manchester is calling for a new approach from the Government.

“First, we want day-to-day monitoring and week-to-week public reporting on performance to be introduced. Second, we ask the Government to set a review point in mid-December in consultation with Mayors and leaders from London, West Midlands, Greater Manchester, Liverpool, Glasgow and Edinburgh.

“If Avanti are still not delivering the full timetable and an acceptable service at that point, that will allow time for arrangements to be made for a new operator to be place from April 2023.”

Adding to the sense of a public transport crisis, it was revealed yesterday that almost a fifth of all buses in Greater Manchester do not run on time.

Joseph Timan, Local Democracy Reporter for Manchester reported last week that  bus services across the city have now slipped below national standards, having dipped under 96 per cent this year.

Only 80% of buses run on time across Manchester, which is defined as being ‘within one minute early and five minutes late’.

The overall punctuality of bus services between February and July 2022 was 81.58 per cent, down from 88.8 per cent during the same period in the previous year.

Manchester’s bus services are set to be bought under public control next year, with the first services to launch in Wigan and Bolton.

He said: “The issues we’ve got are due to a combination of traffic congestion – especially in the regional centre, but also in some of the key towns – infrastructure work, whether that’s planned or unplanned and also the driver shortfall across the industry.”

Despite this, the overall punctuality of services was above the 80% standard.

Bus companies operating across Manchester told the sub-committee that delays were down to congestion.

They suggested that in 25 out of the 26 routes they use for services were currently being affected by roadworks.

Bus companies told the sub-committee that congestion is an issue with one reporting that 25 out of the 26 routes they operate are affected by roadworks.

The roadworks on the A6, particularly around the Broad Street and Frederick Road junction in Salford, is having an impact on bus services, but TfGM representatives reported that this should improve in the next week or so.

Operators tried to reassure service users that new drivers were being recruited.