The Manchester music maverick died earlier this year, aged 60. The new piece was arranged by Rob Grant, a member of the original Prestwich Arts Festival development group and festival chair Jane Thomson, and is endorsed by Ed Blaney of The Fall.

Akse P19 says he hopes the portrait “will be appreciated by the local community.” 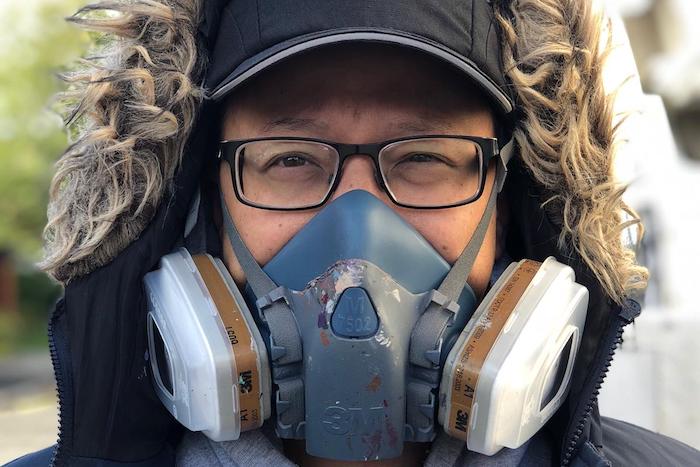 A French graffiti artist of Vietnamese origins based in Manchester since 1997, Akse started painting in 1992 and became a member of the P19 Crew in 1993.

Over the last few years the artist has focused on freehand photo-realism graffiti portraits, including of David Bowie at Stephenson Square and Tony Wilson in the Northern Quarter, which have gained him a following around the world. 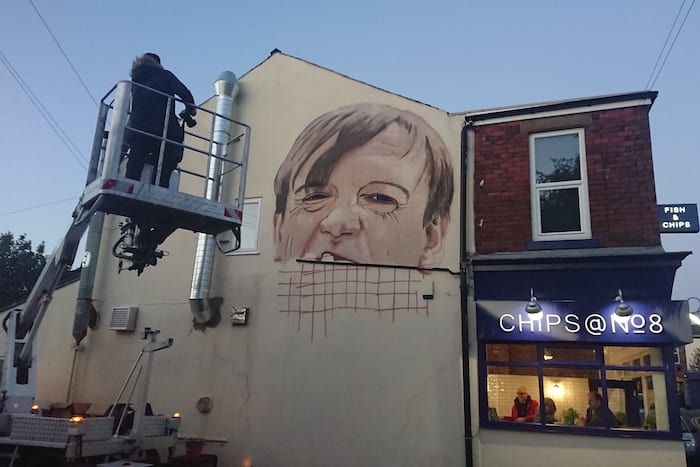 “There have been six local members of the community who have funded the materials and donated the cherry picker to make it happen, as well as Akse donating his time for free,” said Jane Thomson, chair of Prestwich Arts Festival.

“We’re incredibly honoured to have such a well-respected and talented artist be involved in our festival and enable us to doff our proverbial cap to local legend Mark E Smith in this way.”

To complement the new mural, local artist Myro Doodles will also be creating a doodle trail of Fall lyrics at festival venues, crowdsourced via The Fall fanclub. 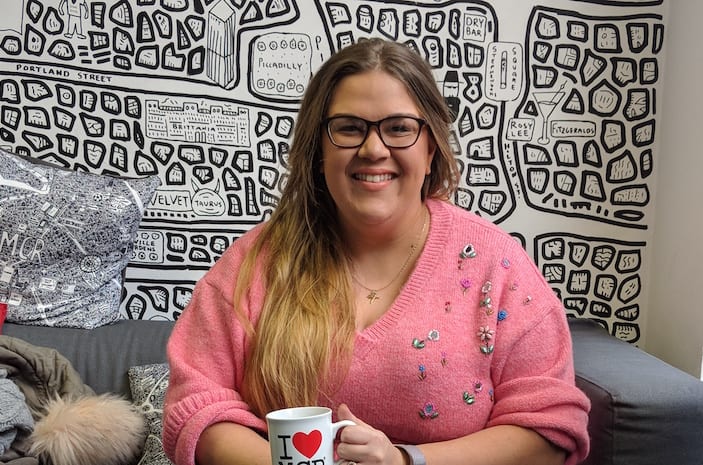 Myro organised the 22 Bees Project last year to support the victims of the Manchester attack and has recently been nominated as one of 25 inspirational women through the Put Her Forward campaign.

“I’m delighted to be part of this exciting project for Prestwich Arts Festival and encouraging people to explore Prestwich to find all the locations,” said Myro.

Prestwich Arts Festival runs on 29th and 30th September, with partner venue events happening during the week before.